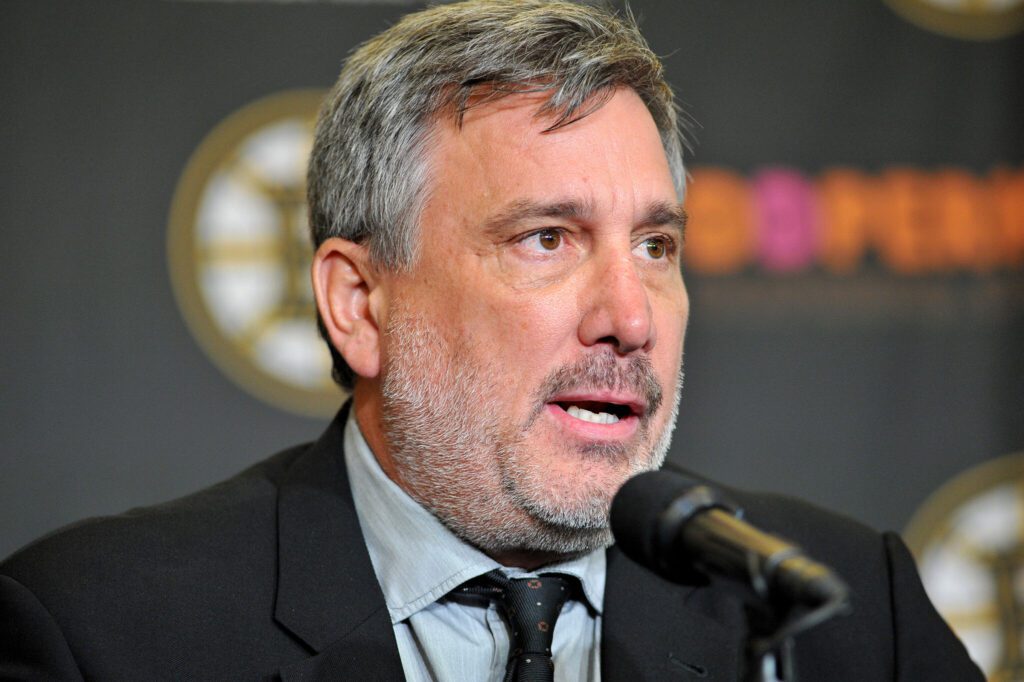 The NHL was the first of the four major sports leagues in the United States to put forth an actual plan to return to play. The 24-team format came with much excitement about eventually getting players back on the ice.

But that didn’t come without its fair share of sacrifices.

Bruins president Cam Neely met with members of the media via Zoom on Wednesday afternoon and while he’s excited to come back, there’s one part of the deal he’s not such a huge fan of.

“Obviously a little disappointed with what the team was able to accomplish the first 70 games and the point spread we had between not only the teams in our league but the teams in our division and conference,” Neely said. “To kind of maybe have three games dictate where we fall in the conference standings is somewhat disappointing.”

The top four teams in each conference will play each other in a round-robin while the rest of the conference plays to earn a spot in the first round. The Bruins will have to go against the Lightning, Capitals and Flyers — all tough squads to face after a long stoppage.

In discussions with the NHL, Neely let everyone know he felt the top four teams didn’t necessarily need meaningful hockey prior to the first round.

“I expressed my feelings about where I was headed,” Neely said. “For the good of the game, this is what they thought was the best. They talked about some competitive games while the play-in rounds were going but from my perspective, I felt the players would be amped up and ready to go regardless of if there were round-robin games or games to get ready for the playoffs knowing that other teams were playing competitive games.”

It’s understandable why Neely would be frustrated with his team potentially losing the No. 1 seed. At the time of the pause, the Bruins were far and away the best team in hockey. They were eight points up on the Lightning for first place and 10 up on the Capitals. With 12 games to play in the regular season, there was almost no chance either of those teams would catch up to the Bruins for top spot in the East.

There still wasn’t any other sort of postseason format Neely would’ve preferred over the 24-team one presented Tuesday.

“I was OK with 24 teams,” Neely said. “I understand why they landed on 24. I just would’ve liked it without the round-robin for the top four seeds is all.”

The big question the league must face now with their playoff formatting is how they plan on creating the first round — will there be a bracket or will it be reseeded?

“Based on how playoffs have gone the past few years, I’ve kind of been a proponent of reseeding,” Neely said. “I think it speaks a little bit more to how successful your regular season was. Getting into the playoffs and then we all know there are some upsets in the playoffs and then to reseed that, I don’t know. I guess right now it’s going to be what the players are proposing and from what I understand, it’ll come back to the board. But, at least, the good thing is there’s an agreement of the format right now and then we’ll see how it goes from there.”

The league certainly has a ton to address with their new format but that’s life right now — everyone must make some sacrifices to bring hockey back.

ASTERISK NEXT TO CUP WINNER?

There’s been an idea floated around during the stoppage that the 2020 Stanley Cup winner will have an asterisk next to their name. The asterisk would come from a different postseason format than normal and the shutdown impacting team’s momentum.

Neely doesn’t believe in any such thing.

“We’ve had shortened seasons,” Neely said. “Whether it’s lockouts or strikes and had Stanley Cup champions and I don’t recall seeing an asterisk aside those years so I don’t see why this is any different. The playoff format has changed in the history of the NHL, the number of games per round has changed so I still think if you’re going to have to play four rounds and beat those teams, I don’t see why there needs to be an asterisk besides the Stanley Cup champion.”

If anything, this year will be more difficult to win a Stanley Cup. For the teams seeded No. 5-12, they’ll have an extra round of playoff hockey. For the top four teams in each conference, there’s more teams to potentially lose to.

Back in March, Bruins owner and CEO of Delaware North Jeremy Jacobs announced a plan to pay part-time TD Garden employees for the games they’d be missing due to the shutdown. The announcement came nine days after the stoppage.

The Jacobs family set up a $1.5 million fund to pay these employees. However, the workers wouldn’t receive any money from the fund until the remaining six regular season home games were cancelled.

Neely said the employees have been advised on what to do.

“That information went out,” Neely said. “That was a Delaware North initiative — that information is out to them. They know what they have to do to get the compensation that they would have had they worked those games.”