Can Mac Jones Take the Patriots Back to the Playoffs in 2022?

New England's streamlined offense could end up being more successful than you think. 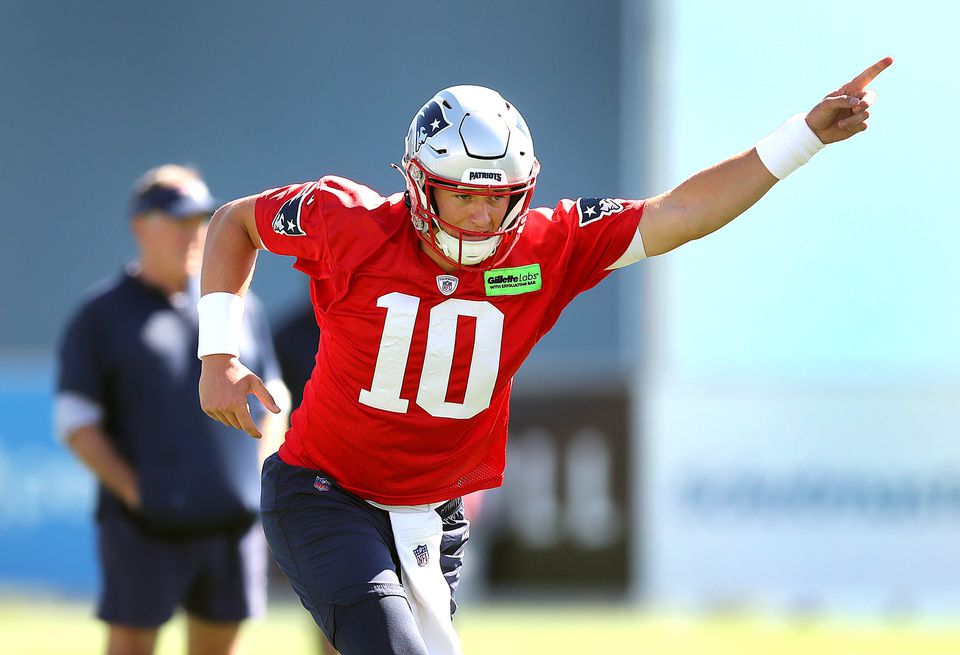 Jones’ leap from year one to year two has been incredibly impressive thus far. He’s poised, he commands the room, and – simply put: he’s the guy. Coach Belichick raved about him in his introductory training camp press conference on Tuesday:

“[Mac’s] made tremendous strides,” Belichick said. “He did a great job last year, but he’s starting from a much, much higher point this year from where he started last year. His offseason work has been significant, and I think everyone recognizes how well he prepares and how much further along he was than a year ago.”

However, despite the unusual praise from Coach Belichick, the Patriots are still not expected to make the playoffs according to our exclusive gambling partners at BetOnline.ag. Here are their odds for New England:

The AFC is loaded. They’re clearly the superior conference over the NFC – so the three Wild Card spots that’re up for grabs are going to be a tough bid. This is, of course, assuming the Bills win the East. Which they will.

In fact, it wouldn’t shock me if the entire AFC West division made the postseason. The Chiefs, Chargers, Broncos, and Raiders are all clearly playoff-caliber.

Ultimately, Here’s how I see the AFC shaking out:

I don’t think New England not making the postseason is going to be Jones’ fault. In fact, I expect him to have a top-10 QB year. He’ll be just on the fringe. Even with a scotch-taped together coaching staff, offense will not be the problem.

If you’ve been reading me through camp thus far, you know that I think defense is a serious issue on this team. Outside of a strong safety room, the rest of the defense personnel is poor. You can’t have Terrance Mitchell as your CB2 – you just can’t.

That being said, if the Pats don’t get help on the defense, they’re going to be on the outside looking into the postseason in 2022. Lay the juice at -165.