Despite being a massive underdog, the TCU quarterback deserves a shot at the award. 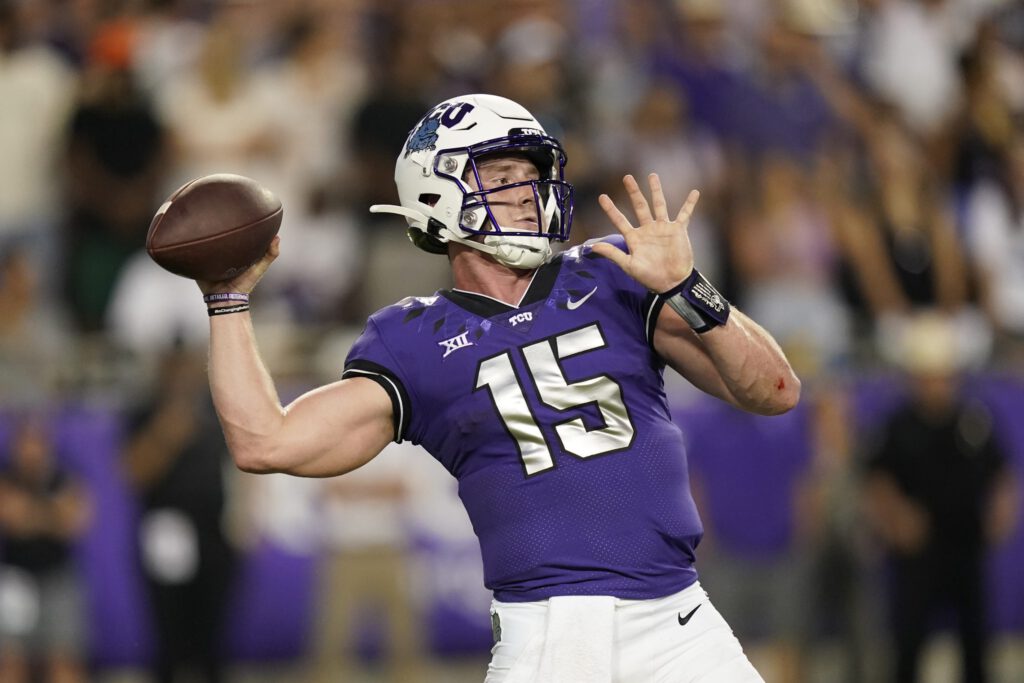 The regular season is over, the bowls and the College Football Playoff are set, now we’re just waiting on one final thing – the winner of the Heisman Trophy .

The four finalists for the prestigious award were announced on Monday night with quarterbacks Stetson Bennett, Max Duggan, CJ Stroud, and Caleb Williams set to attend the ceremony in New York on Saturday, December 10th. Here’s a look at BetOnline.ag’s odds on who will win the award:

USC QB Caleb Williams is the heavy, heavy favorite here at –2500. I wrote about Williams’ chances to win the award a few weeks ago:

USC’s Caleb Williams has been outstanding in 2022. The sophomore has thrown for 3,480 yards, 33 touchdowns, and only three interceptions while also adding 7 touchdowns on the ground.

A win against Notre Dame this coming Saturday could wrap up the award for Williams who currently holds -130 odds to do so. A loss to the Irish, however, would jolt CJ Stroud to the front of the board.

USC beat Notre Dame, but then lost to Utah 47-24 in the PAC12 Championship game. Williams has continued to play well – but the loss knocked the Trojans out of the College Football Playoff. They’ll play Tulane in the Cotton Bowl.

In the meantime came Max Duggan. Duggan (+1200) has been outstanding in 2022, throwing for 3,321 yards and 30 touchdowns, rushing for six more on the ground, and helping the TCU Horned Frogs get to their first College Football Playoff in program history. His performance in the BIG12 Championship game could certainly be considered a Heisman moment, despite the Frogs losing 31-28 to Kansas State.

The two other finalists, Stetson Bennett (+2500) and CJ Stroud (+3300), also led their respective teams to a spot in the CFP, but their invites to New York feel more like lifetime achievement awards than 2022 accomplishments. The race is between Williams and Duggan.

The Pick: Caleb Williams is likely going to win it, but I love Max Duggan’s value at +1200. His performance on Saturday is certainly deserving of some votes, and TCU playing in the playoff will also help his cause.