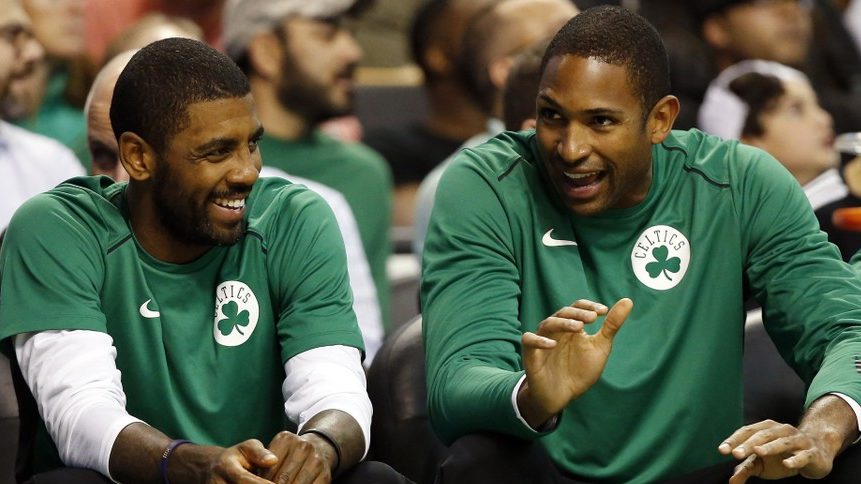 But before looking ahead, the two looked back on the previous season and discussed the team’s shortcomings when Horford asked Maxwell what he thought was the root of the disappointing year’s underlining issues — one that started out with the Celtics projected to win the Eastern Conference and head to the NBA Finals but instead ended in a 4-1, best-of-seven loss against the Bucks in the second round of the playoffs.

“That was a very difficult thing because he had to step on a lot of toes to get Gordon back into the lineup — which you had to play him to see how good he was going to be. But at the same time a lot of guys that were there already, that had played before felt like they did not want to step backwards. I think that was a big thing.”

Horford, whose brother Al Horford played alongside Irving for two seasons, talked about the interactions she had with Irving during his time in Boston after Maxwell told a story about one single conversation he shared with the All-Star point guard over the course of two seasons.

“I’ve met Kyrie, I’ve spoken to Kyrie and he was always super sweet, always super nice. Really, really great guy but he does sort of have some different personalities,” Horford said. “I think that really played a major role into the media and into the team, and into everything because he was kind of a different guy just depending on who he was talking to.”

The Celtics didn’t do Irving any favors, according to Maxwell, who thinks the way Irving was managed only made matters worse.

“I think the Celtics, for the most part, babied Kyrie too much,” Maxwell said. “When you baby a player for so many times and you’re kissing his ass the whole time, I think, for the most part he has no recourse.”

Irving lashing out on Gordon Hayward for not getting him the ball in the final seconds of a Magic loss in Orlando certainly stands out as one of Irving’s many lowest moments of the regular season. Still, not once was he benched or suspended by the Celtics throughout Irving’s contract season.

Tune in below to hear the rest of Horford’s conversation with Maxwell.