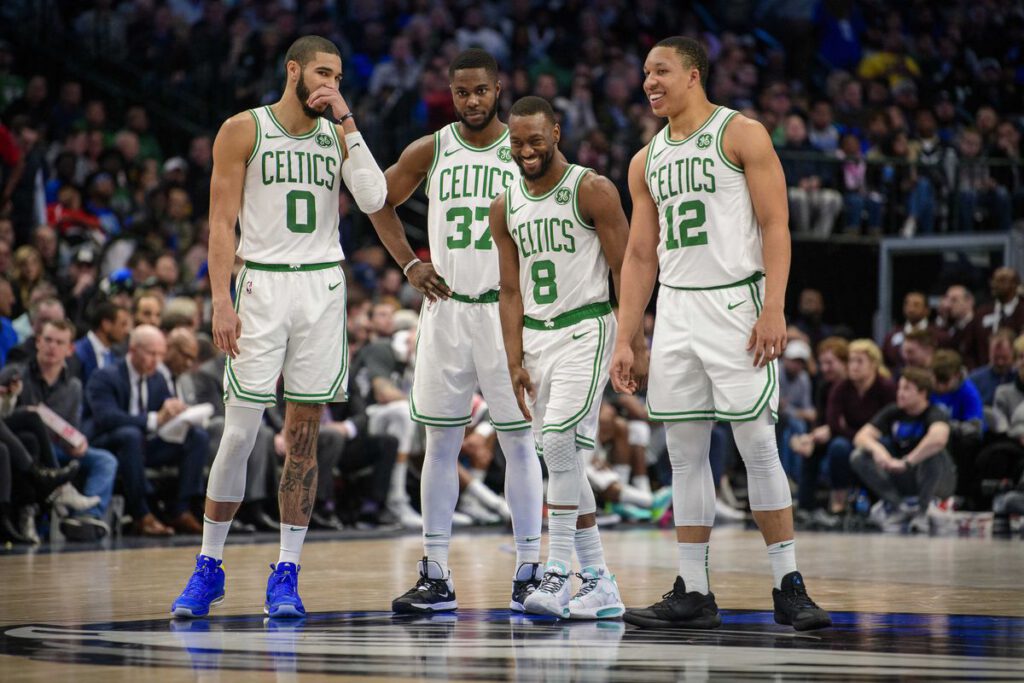 Boston’s quarter-season break came at a time when the Celtics really needed a rest.

It was a time for players to take advantage of a six-day gap in the regular season schedule by recovering from plaguing injuries that have kept guys like Marcus Smart, Gordon Hayward and Robert Williams on-and-off the court, while also figuring out what’s been preventing the Celtics from adding to their win column. Coming off of a two-game skid, it had been nine days since their last victory.

But instead of looking forward to the bright side of an extended break, Smart’s infection spread to both of his eyes, Robert Williams was diagnosed with a bone edema and Vincent Poirier broke his pinky finger, and then things worsened. Hayward’s sore left foot — an injury that has been bothering him throughout the season — had come to a head. This meant Brad Stevens would have to lean heavily on what was left of his core guys — Kemba Walker, Jayson Tatum, and Jaylen Brown — Wednesday night in Dallas.

The Mavericks leaped out to a 13-5 lead before Walker got down to business. He erupted with a lone 10-0 run before Tatum’s buzzer-beating 14-footer ended the frame with both teams knotted up at 29.

Brown found his offense in the second quarter, where he scored 10 of his 26 points at the rim and from the free-throw line. But then came the latter half, which told the whole story. First, it was Tatum’s turn to start heating up.

He poured in eight points on 4-for-6 while the Celtics held their opponent to 18 third-quarter points before Walker came in for the knockout blow. He scored 13 of his game-high 32 points in the final frame while Brown added eight more.

The trio combined for 82 points on 27-of-59 from the floor, leading the Celtics to a 109-103 win. Walker, Brown, and Tatum dominated while the other two members of Stevens’ starting five in Daniel Theis and Semi Ojeleye combined for a measly five points on 2-of-6 from the field.

Walker, Brown, and Tatum demonstrated why they’re on their way to serious All-Star considerations. Individually, all three shot well over 40 percent from the floor while torching Dallas in a pick-your-poison kind of offensive approach that left Mavs head coach Rick Carlisle scratching his head while trying to slow the trio down.

Once in rhythm, all three can break down defenders and finish at the hoop with little to no resistance. Walker, Tatum, and Brown are also constant threats from the perimeter — where they connected on nine 3-pointers — where they are hard to cool off once all three catch fire but it’s on the defensive end where the Celtics tend to fall into lapses in Smart’s absence.

For the third game in a row, the Celtics had to come back from a double-digit deficit. However, all Luka Doncic’s absence-rebuttals aside, this time, the Celtics’ three potential All-Stars proved that their offense was enough to capture a win.

“We wanted to identify the mismatches and make plays, and JT did a great job of that, made some tough shots, got to the basket, and I tried to do the same,” Brown said after the win. “Take advantage of our physical advantages and create some opportunities, and I think we did that in the second half.” (Masslive.com)

With 25 games under their belt, the Celtics (18-7) hold the second-best record in the Eastern Conference. Led by three 20-plus point scorers, who all lead their team in minutes played and are all currently ranked top-13 in points per game in the east, the Celtics should be able to string together wins in favorable matchups between now and the next two weeks.

Aside from a pair of games against the Raptors, seven of Boston’s next nine games are against opponents with a less than .500 record — which could end up strengthening the case for the Celtics to send more than two players to the All-Star Game for the first time in nine years. If the Celtics can stay in the conference’s top-3 tier with Walker, Tatum, and Brown still averaging a combined 60-63 points a night, it’ll be difficult to not see all three representing their team in Chicago on February 16.

Averaging seven a night, Tatum and Brown both lead their team in rebounding while Walker leads in assists (5.2), Tatum in steals (1.4) and with the most efficient shooting percentage is Brown, who shoots at a 49.7 percent clip from the field. In a league full of All-Star leading duos, this kind of production manufactured by three is rare to see on one NBA team.

It’s not enough to undoubtedly cement the three into the 2020 NBA All-Star Game this early, but it’s certainly plenty to start the conversation.