Celtics Crumble Late in the 4th Quarter, Head Back to the Bay with the NBA Finals Tied 2-2

Steph Curry did Steph Curry things on Friday night, and the NBA Finals is once again tied. 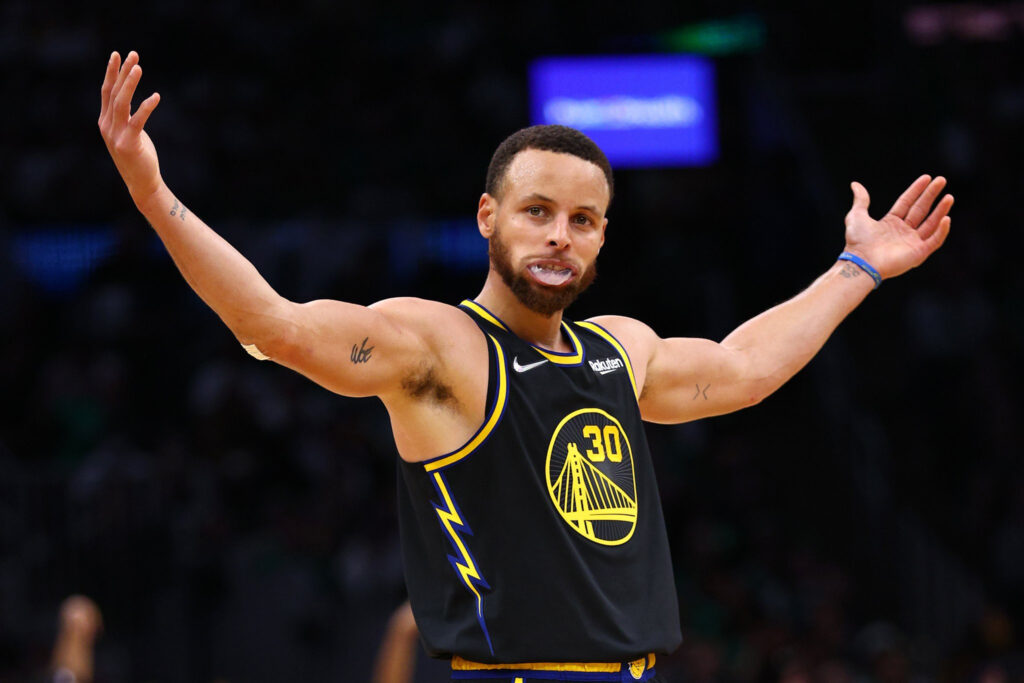 Steph Curry showed the entire NBA world on Friday night why he is so incredibly feared, why he’s a generational talent, and why he’s a top-10 NBA player of all-time.

The 8x All-Star and 2x League MVP put on a show at the TD Garden on Friday night – scoring 43 points on 14-26 shooting, leading the Golden State Warriors past the Boston Celtics 107-97, and tying the NBA Finals at two games a piece.

The Finals is now a best of three series – and the Warriors regained home court advantage. They are also back to being the favorites to win the series according to BetOnline.ag:

The Celtics held a four-point lead with just over five minutes left, but the Warriors finished the game on a 17-3 run – led by Curry – and shut the Celtics crowd up very fast.

Boston had game four in the bag, at home, and they handed it right to Golden State. Checkout the reactions from our postgame show on The Garden Report HERE:

Jayson Tatum led the Celtics in scoring on the night, but yet another inefficient outing from the Celtics star ultimately led to their late collapse. Neither he or Jaylen Brown (21 points) could get a hot hand going in the fourth quarter – allowing the Warriors to get back in the game… and ultimately the series.

I saw this happening from a mile away… from my game four preview:

I still think this series is going the distance. As annoying as the Warriors have been, I have too much respect for what they’ve done to think that they’re just going to mail it in. Though Steph is dealing with an ankle sprain – expect him to come out blazing on Friday night.

I hate to do this – but here it goes: Golden State wins a MASSIVE game four in Boston and heads back to The Bay with home court advantage and the Finals tied 2-2.

Much like the end of the Miami series – I hope I’m wrong.

The NBA Finals now takes a two-day break as the teams head back to the Bay Area. Game five will tip off from the Chase Center on Monday night at 9:00pm.

The Warriors are 3.5-point favorites according to BetOnline.ag. Can the Celtics bounce back again after a loss? Keep it with us at CLNS Media for my betting preview and prediction ahead of game five, and check out all of our Celtics coverage from The Garden Report on YouTube.