Horford, Tatum lead fourth quarter comeback to tie up the series against the Bucks. 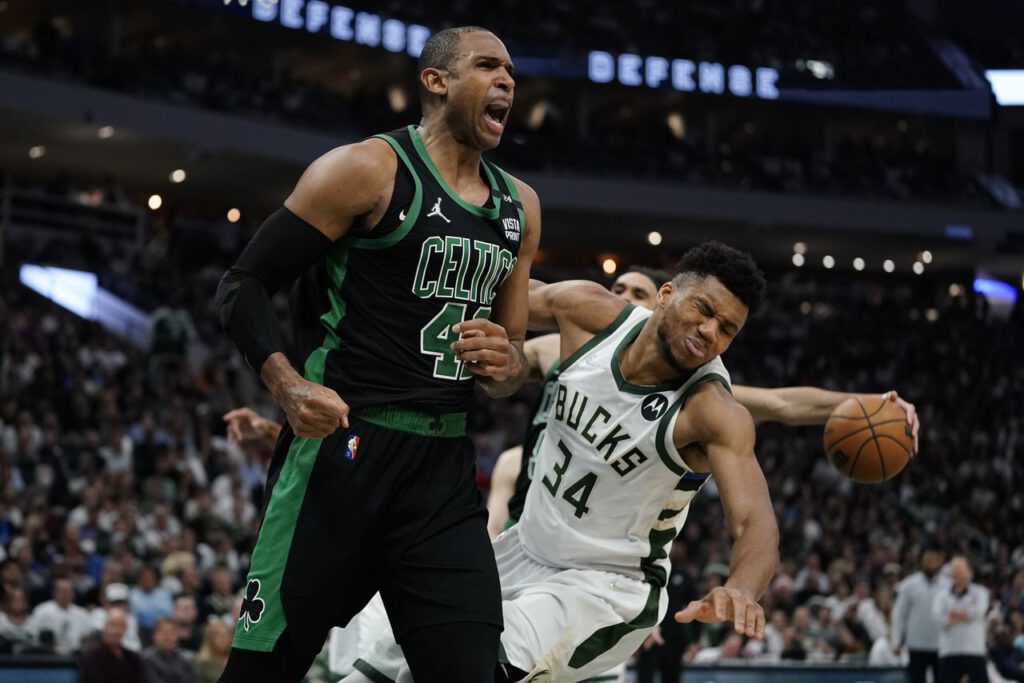 AL. FREAKIN’. HORFORD. The big man turned back the clocks on Monday night, scoring 30 points for the first time in his playoff career to help the Celtics beat the Bucks 116-108.

Seven straight for Horford and the Celtics lead 98-94.

HORFORD HAS 30. A career playoff high.

Jayson Tatum got himself back on track on Monday night as well, scoring 30 points himself and grabbing 10 rebounds. Tatum and Horford combined for 28 points in the fourth quarter.

Though Giannis Antetokounmpo did score 34 points and grabbed 18 rebounds, the Celtics held him to under 50% shooting and he went 0/4 from behind the arc. Brook Lopez, Jrue Holiday, Wesley Matthews, and Pat Connaughton all joined the Greek Freak in scoring double digit points as well.

With the series tied 2-2, the Celtics are now the betting favorite to advance past Milwaukee and play in the Eastern Conference Finals. Here are the odds according to our partners at BetOnline.ag:

Though the rather shocking news of Rob Williams being out came down the pipe just before tipoff, the Celtics were able to get themselves home court advantage back. The series now shifts back to Boston for what is now essentially a best of three.

The Celtics are the better team in this series. They’ve found ways to win two without starters in the lineup, and lost by just two points Saturday when their best player was horrendous. Giannis is the only thing keeping the Bucks in this series. Mitigate him and you’ll move on. Like I said in my series preview:

“Boston has quite the challenge ahead of them. The Bucks are talented, seasoned, can be lights out from three, and handling Giannis is no easy task. Ime Udoka is going to have to draw up quite the scheme for his lead-leading defense to both tame the Greek Freak and limit their shooters from getting hot.”

They’ve done exactly that, and the series is tied. Now it’s time to hit the gas.

Game five will tip off from TD Garden at 7:30pm on Wednesday. Keep it here on CLNS Media for the best Celtics coverage on the internet.