After a disastrous performance on Tuesday, the Celtics got themselves back into the series in game two. 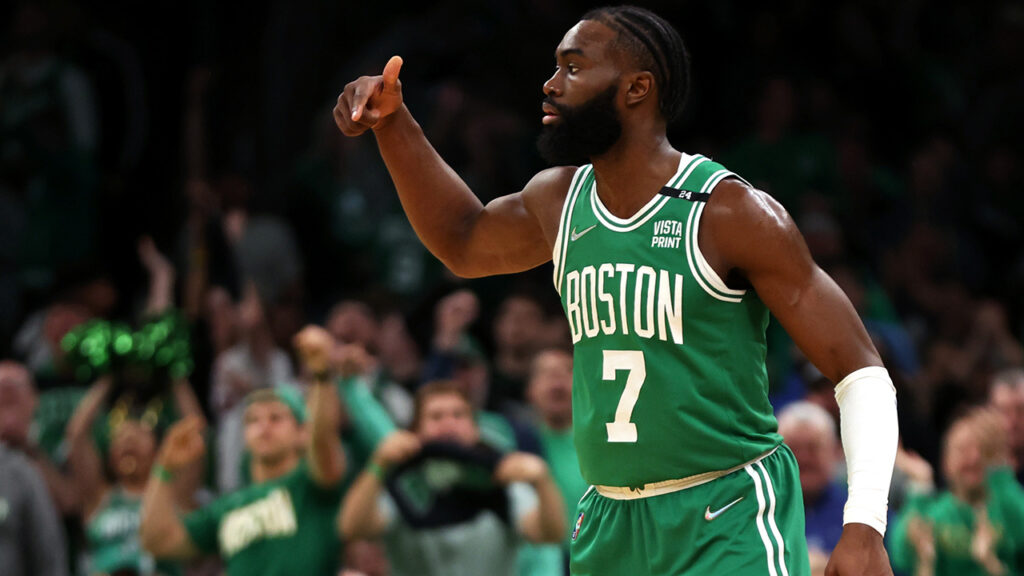 BOSTON, MASSACHUSETTS - MAY 03: Jaylen Brown #7 of the Boston Celtics celebrates after scoring against the Milwaukee Bucks during the first quarter of Game Two of the Eastern Conference Semifinals at TD Garden on May 03, 2022 in Boston, Massachusetts. NOTE TO USER: User expressly acknowledges and agrees that, by downloading and or using this photograph, User is consenting to the terms and conditions of the Getty Images License Agreement. (Photo by Maddie Meyer/Getty Images)
Share
Facebook Twitter Email

The Celtics got two starters back into the fold Thursday night in Al Horford and Marcus Smart, and it proved to be exactly the boost they needed. They handled the Heat with ease in game two, beating them 127-102 and tying the Eastern Conference Finals at one game a piece.

Marcus Smart led the way for Boston, putting up a 24 point, 10 assist, nine rebound performance in his return to the lineup. He was one board shy of a triple-double.

Al Horford made his presence known as well. Though inconsistent on the offensive end, he continued to be a cornerstone of the Boston defense, allowing Ime Udoka to not have to dig into the back end of his bench.

After Thursday’s win, the Celtics are heavy favorites for game three in Boston. Here are the odds, according to our partners at BetOnline.ag:

Jimmy Butler led Miami with 29 points and six assists, but it wasn’t enough to boost the rest of his team. He was the only Heat player with over 14 points, and the only one to shoot over 50%. They struggled mightily scoring the basketball. As a team they shot just 42.1% from the floor and 25.8% from three.

Grabbing a game in Miami was MASSIVE. The series now shifts to Boston, where the Celtics will have home court advantage and control the series from here on out. They need three more wins to get themselves to the NBA Finals – and after Thursday’s performance, I fully expect them to. As I said in my series preview:

Game three will tip off at 8:30pm on Saturday and will air on ESPN. Keep it with us at CLNS Media where Bobby Manning, Josue Pavon, and myself will have you covered with Celtics coverage leading up to Saturday. Here’s my betting prediction for the weekend: