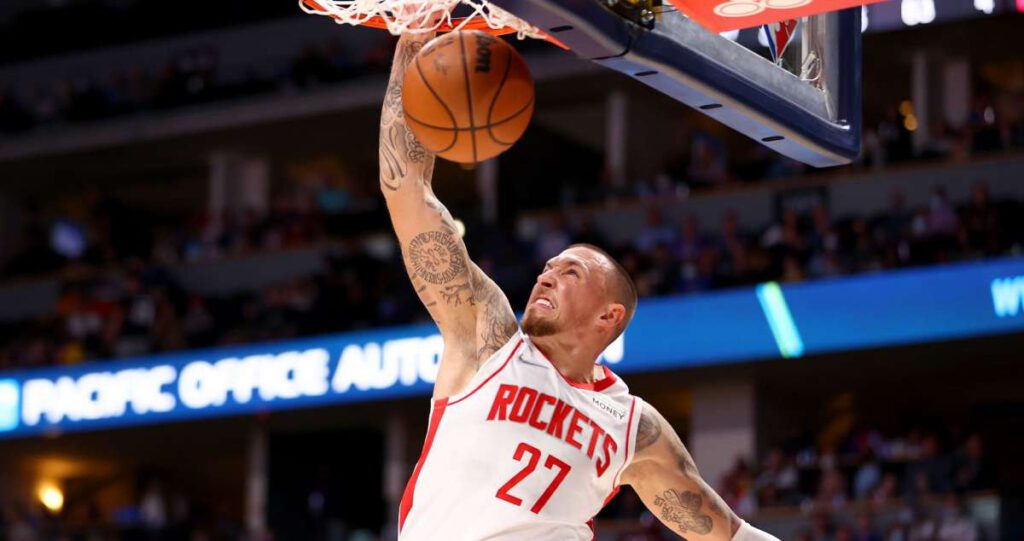 Share
Facebook Twitter Email
Seconds before Thursday’s trade deadline came and went, the Celtics brought home a familiar face. Daniel Theis, who spent the first three seasons of his NBA career in Boston before stints in Chicago and Houston, will return to Boston in exchange for a package centered around point guard Dennis Schröder. The news was first reported by ESPN’s Adrian Wojnarowski.

Boston is sending guard Dennis Schroder to the Rockets in the deal, source tells ESPN. https://t.co/4RFdjoULq3

Enes Freedom and Bruno Fernando are also reportedly headed to the Rockets in the deal, with Freedom expected to be waived by the team.

Theis averaged 10 points and 5.9 rebounds during over 23 games after the Celtics traded him to Chicago prior to the 2021 trade deadline. The big man was a part of a sign and trade this past offseason that landed him a 4 year, $35 million contract from Houston. He is averaging 8.4 points and 5 rebounds in 22.5 minutes per game this season.

Schröder averaged 14.4 points per game over 49 games for the Celtics, shooting 44 percent from the field and dishing out 4.2 assists per game. His name was tossed around in several trade rumors leading up to the deadline.

This capped a busy day of trading for the Celtics who earlier acquired Derrick White  from the San Antonio Spurs in exchange for guards Josh Richardson, Romeo Langford, a  top-four-protected 2022 first round pick and a first round pick swap in 2028. Prior to that the Celtics shipped Bol Bol and PJ Dozier to the Magic in a money saving move.

The series of trades greatly thinned out Boston’s bench depth. As of 3pm EST the team had only 10 players on the 15 man roster. It is expected that the team will convert Sam Hauser’s 2 way deal giving them 11 full time players. The rest of the roster will have to come from available free agents and the buyout market.