Boston got themselves back in the series on Tuesday night. Can they steal a game on the road? 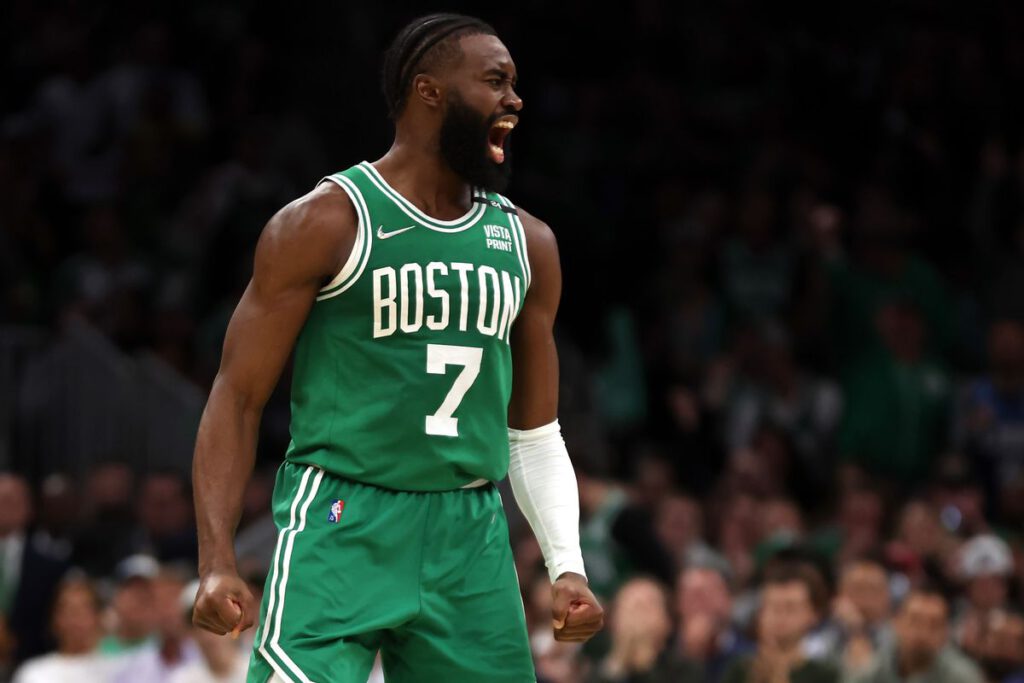 The Celtics got their swagger back on Tuesday night, trouncing the Bucks 109-86 in dominant fashion at TD Garden. Jayson Tatum and Jaylen Brown scored 29 and 30 points respectively, and Grant Williams added 21 off the bench, hitting six of his nine three-point attempts.

Jayson Tatum: "We were pissed off with how we played last game. We knew from top to bottom that we had to play better."

Boston’s dominant defense got back on track on Tuesday as well. They allowed just 86 points and held Giannis Antetokounmpo (relatively) in check. The Greek Freak scored 28 points but was hardly a factor in the game. He was the only Buck to score over 20 points.

The series is tied 1-1, and has a bizarre three day break before heading back to Milwaukee for game three. According to BetOnline.ag, the Celtics are slight favorites to win the series:

They also have some other series specials posted for you to bet on – including the series spread, total number of games played, and the correct series score:

Taking the Celtics at -1.5 games is intriguing at +200, but I think this series is going seven games. Both teams are capable of winning the series (and frankly the Finals), and won’t back down from a loss. It’s going to be heavyweight fight. I’m sticking with my original prediction:

Prediction: It won’t be easy, but Boston gets by Giannis and the Bucks and advance to the Eastern Conference Finals.

Game three tips off in Milwaukee at 3:30pm on Saturday. Keep it with CLNS Media for all of the best Celtics coverage in the city.