Details Emerge on the Kendrick Bourne Saga with the Patriots 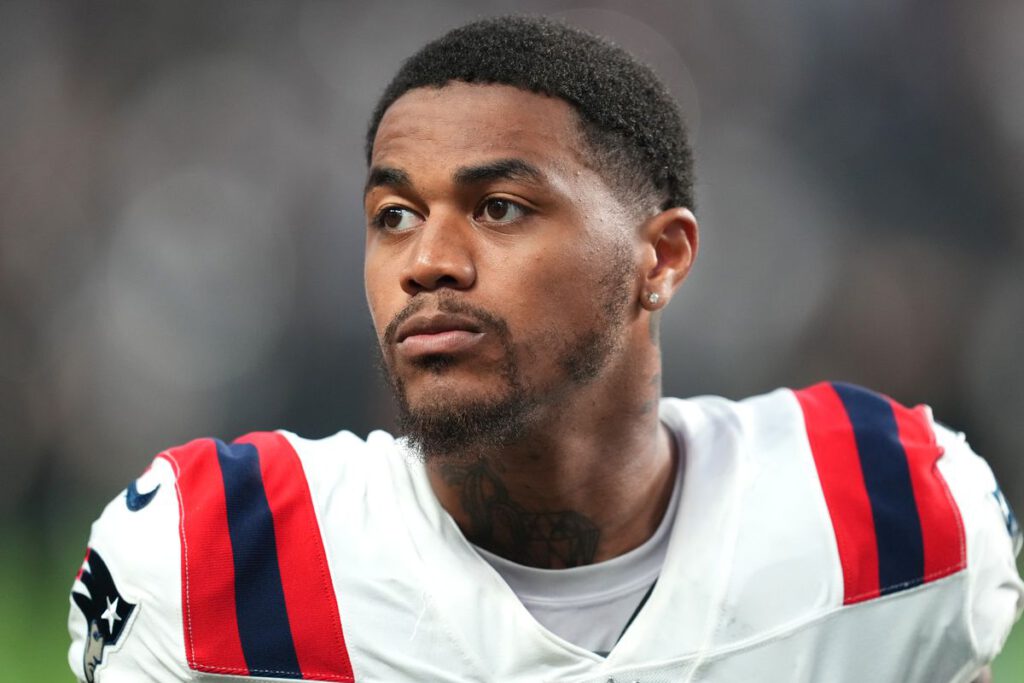 After Kendrick Bourne played just two snaps for the Patriots offense on Sunday, many have begun (and continued) to speculate on what is going on with the wide receiver and his relationship with the team.

Well, details are emerging this week and reports are starting to trickle out. NBC Sports Boston’s Tom E. Curran went on WEEI’s The Greg Hill Show today and went into detail on why Bourne has been the subject of two de facto benching’s since August:

“There was a meeting prior to the Carolina Panthers game that he was just a smidge late to… that resulted in the benching [vs. Carolina]. All of those things [his disproval with the offense and this absence] I think combined have landed him in Matt Patricia’s dog house.”

“…It’s my understanding, I was not told directly, but what I have gleaned: Robert Kraft noticed it, Robert Kraft made his opinion known, and going forward I think Kendrick Bourne will have a bigger role.”

The Athletic’s Jeff Howe followed this up, explaining that, “recent word is Bourne’s playing time is expected to increase after only a couple snaps in Miami.”

The Boston Herald’s Andrew Callahan confirmed Curran’s report that Bourne was sent home due to missing said meeting, and explained that, “Bourne’s issues with the offense have been about targets, not coaching.”

A month ago, I got my behind handed to me on Twitter for suggesting that we may have seen the last of Kendrick Bourne in a Patriots uniform, and that this confrontation could be more serious than the team’s leading on.

Did I fabricate the fact that his absence vs. Carolina sent “shockwaves” through Gillette Stadium? Maybe a little bit – but this saga is real and it’s been brewing for quite some time. So much so that the owner of the team is stepping in and putting his foot down.

This whole thing is just silly… Look, I get the benching in the preseason. Get your act together and get to the stadium. But your offensive consultant or whatever the heck they call Matt Patricia nowadays making the call to sit your most dynamic playmaker down in the first game of the season – a division game – to do what? Make another statement? It’s embarrassing, it’s unfortunately not surprising, and it embodies everything the Patriots are about now: a disaster.