Donald Trump Seems to be Out of October Surprise Ammo 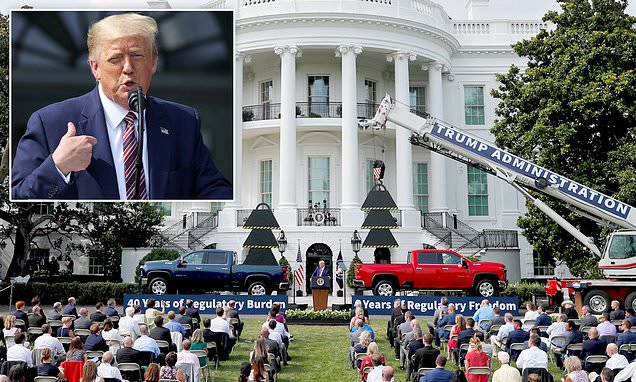 In this space a month ago, we pondered some possible aces in the hole Donald Trump could roll out for the month of October if he’s looking to remain president for another four years.

His staff must’ve taken note of the piece because we mentioned:

Despite this desperate barrage of seemingly good news that Team Trump hoped to count on, they have all fallen on deaf ears amongst the general population of American voters.  Trump is now a substantial underdog (+180) to his opponent Joe Biden (-220) according to BetOnline.ag.  There seems to be no path to 270 for Trump as well, as The Donald is an underdog in states he must win (Florida, North Carolina, Michigan, Wisconsin, and Pennsylvania.)  Virginia, once an automatic red state, is downright unwinnable and looks as if it’s gone blue for good.

Trump has lost control of the narrative and news cycle in 2020, a far cry from how he played it like a fiddle during the campaign of 2016.  Fairly or unfairly, everything that has unfolded in 2020 has Donald Trump’s face attached to it — the magnitude of the pandemic and the subsequent economic depression and civil unrest.  It seems that the only reason the betting odds remain as close as they do, (which is not very, anymore), is the fear of the possibility that Trump challenges, and eventually wins, the election on a technicality.

I wouldn’t bet on that.