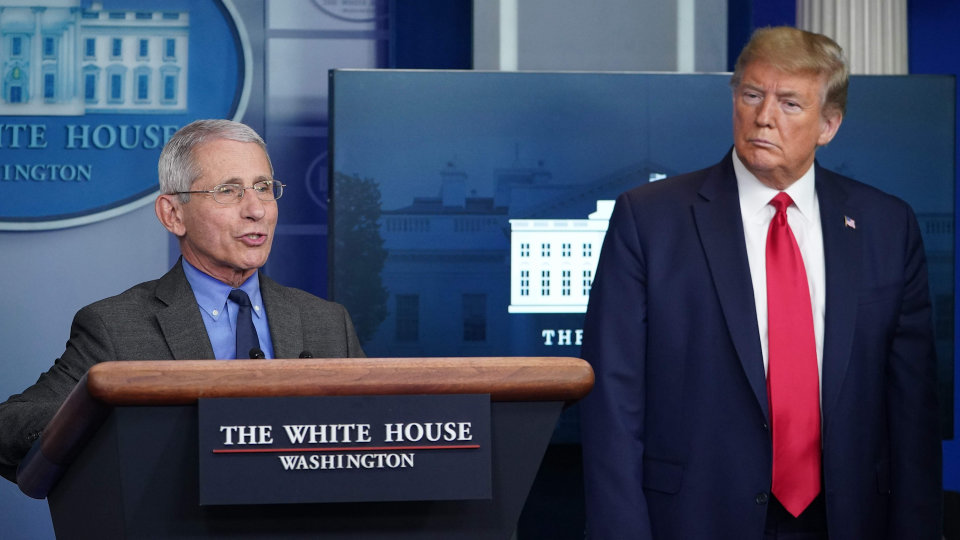 Amidst the chaos of the Coronavirus pandemic, Dr. Anthony Fauci is unlikely to go anywhere anytime soon despite fears otherwise.  The face of Donald Trump’s COVID-19 task force has very strong job security according to BetOnline.ag.

The online gaming platform has released betting odds on whether Fauci will be fired by President Trump or resign by January 2021 — and the odds are beyond overwhelming that he stays on.

So there goes that.

There are plenty of political reasons for this.

Much to the chagrin of many Trump supporters who see Dr. Fauci as an unelected bureaucrat assuming near-dictatorial control over the American society and economy — Fauci is the perfect fall guy for President Trump if things really go awry.

Trump can easily position himself as the duly elected democratically-elected president who is working diligently and against all odds to re-open America; saving tens of millions of jobs and businesses (and people’s lives) in the process and staving off America’s Greatest Depression.

Protests and minor forms of civil disobedience are already taking place, as yesterday’s gridlock of the roads in Michigan attest to.  And in April, nearly a third of the country did not pay their rent.  And that’s just the short version, as many experts believe that the fabric of the country hangs by a thread and the situation can really get out of control.

And if it does, Trump will be able to point the finger at Fauci.  Instead of owning and trying to rectify the ensuing chaos, Fauci’s presence can be utilized as a weapon to rile up an already exponentially agitated populace for his own gain.  Basically, go full-blown demagogue that would make 2016 Trump seem like Benjamin Franklin and Pericles of Athens in comparison.

Sorry Fake News, it’s all on tape. I banned China long before people spoke up. Thank you @OANN https://t.co/d40JQkUZg5

If Trump does go ahead and fire Dr. Fauci, then that would truly signal that there will be some sort of forced re-opening of the country.  That Trump’s really in charge, and that Trump would own any fallout if the economy doesn’t quickly rebound and/or there’s a Coronavirus infection boomerang.

Would he really want that in an election year?

Probably not.  Thus why BetOnline.ag has massive odds to the contrary.  Dr. Fauci is here to stay.