Exclusive Remarks from ‘Donald Trump’ on the Benefits of Hydroxychloroquine’ 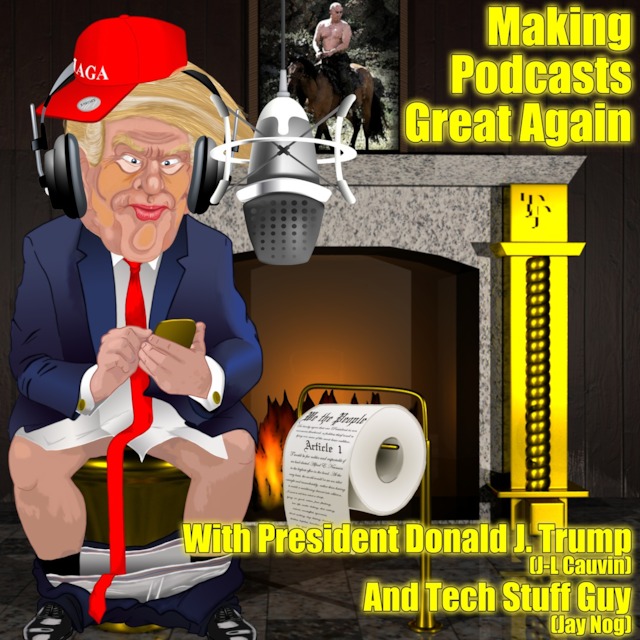 We have exclusive audio from the President himself on his usage of hydroxychloroquine.  J.L. Cauvin, who plays Donald Trump on his Make Podcasts Great Again podcast (pres. by BetOnline.ag) alongside fellow comedian Jay Nog, vented on why he’s utilizing the anti-malaria drug to combat a coronavirus infection.

“It’s a great drug, it’s fought off many diseases, many viruses.  And now I’m taking it to protect myself.”

Suffice it to say, it’s done a great job.  Trump has repeatedly tested negative for the virus.

In the real world, Trump has weighed in on the drug.

“I take it,” he told reporters. “All I can tell you is, so far, I feel okay.It seems to have an impact,” he said. “Maybe it does, maybe it doesn’t…..You’re not going to get sick and die.”

As we pointed out in this space yesterday, the wide-scale mockery Trump has received from pushing the questionable drug hasn’t hurt him one iota in his re-election chances.  Trump remains the favorite according to BetOnline.ag for the 2020 US Presidential election.

According to BetOnline.ag, Trump is now a -140 favorite to win re-election.  His closest opponent, presumed Democratic nominee Joe Biden is +125.  Longshot possibilities Hillary Clinton, Andrew Cuomo, and Mike Pence come in at +1600, +5000 and +8000 respectively.

But as we mentioned yesterday, Trump’s election special odds has “Losing the Electoral College & Popular Vote” as the most likely outcome — coming in at +140.  Winning the electoral college (and thus re-election) comes in at +225.

Bet on the 2020 US Presidential Election at www.betonline.ag and Use Code CLNS50 for 50% cash back on first deposit