Film Review: What Are the Patriots Getting in Michael Bennett? 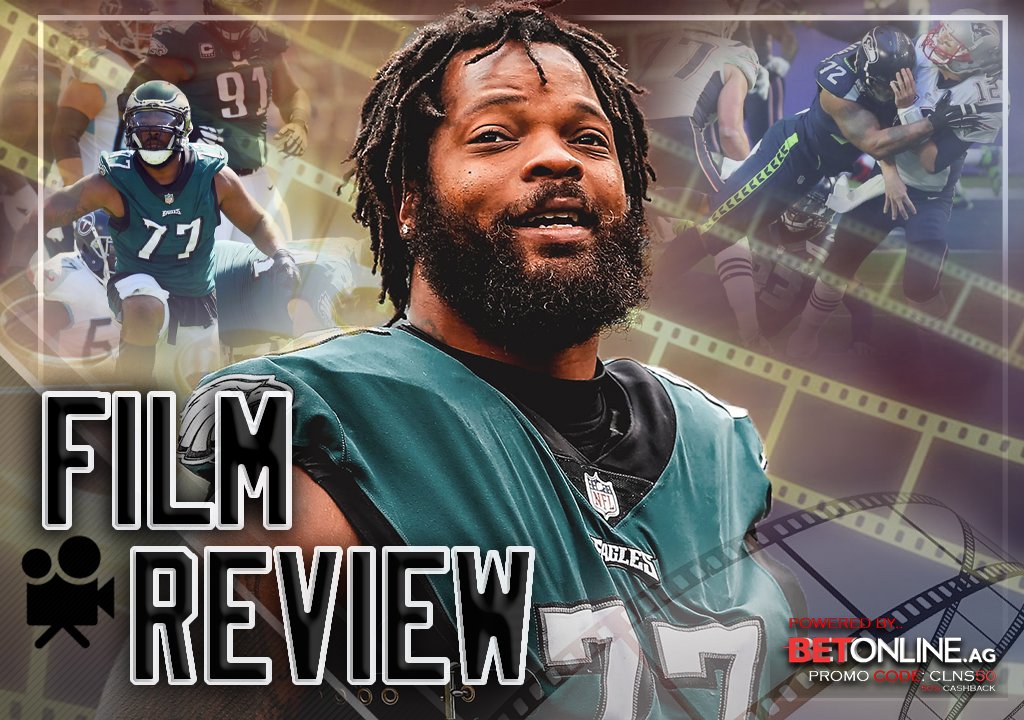 In a preemptive strike, Bill Belichick swapped day three picks in the 2020 draft with the Philadelphia Eagles for defensive lineman Michael Bennett on Friday.

In the deal, the Patriots will get Bennett and a 2020 seventh-round pick in exchange for a 2020 fifth-round pick.

Bennett is 33 years old and isn’t the elite specimen he once was in Seattle, but he’s still an extremely productive player at a manageable cost for New England.

The three-time Pro Bowler has a very reasonable cap hit of $7 million next season and will make less than half of what top free agent Trey Flowers will get paid in the next week.

Plus, Bennett is under contract for the 2020 season at an $8.5 million cap number.

And although the Eagles system typically allows their pass rushers to be more aggressive, Bennett out-produced Flowers from a pass rushing standpoint, at least statistically.

Last season, Bennett had nine sacks and 68 quarterback pressures for Philadelphia, both of which are higher outputs than Flowers had for the Super Bowl Champs.

Bennett’s 68 quarterback pressures were also tied for the eighth in the NFL last season, and his 20 quarterback hits were tied for third with Defensive Player of the Year, Aaron Donald.

Flowers is the younger and better player, don’t get it confused, but Bennett is an affordable and still disruptive option if this does mean the end of Flowers in New England.

And if its the end of Adrian Clayborn while retaining Flowers, the Patriots upgraded.

For years, Bennett has been a player that I thought fit the Patriots’ mold for a defensive lineman, and in many ways, he plays the game a lot like Flowers.

The 11-year veteran is an active player that plays with a high motor, stays on the field on all three downs and is extremely versatile lining up in 12 different spots for Philly last year.

Eagles defensive coordinator Jim Schwartz moved Bennett all over the defensive front, lining him up everywhere from nose tackle to a wide-nine technique on the edge, and he produced from every spot.

Belichick and new DC Greg Schiano will do the same thing with Bennett, and Patriots fans will love his tenacity and snap-to-snap effort.

Below, we’ll go through Bennett’s film from the last two seasons to illustrate what he’ll bring to the Pats defense:

BULL RUSH/POWER AT THE POINT OF ATTACK

The first thing that stands out from watching Bennett’s film is his ability to sink his hips to get underneath offensive linemen converting his speed to power to overwhelm his opponent.

Bennett’s strength at the point of attack shows up both as a pass rusher and run defender, and his bull rush is his go-to move when he rushes over the tackle.

Collapsing the pocket with power moves will fit in well with the Patriots.

Let’s start with a bull rush against Cowboys left tackle Tyron Smith. Smith is a six-time Pro Bowler, but Bennett beats him for a critical red zone sack with technique and effort.

On the play, Bennett gets upfield to attack Smith’s outside shoulder, and then uses a strong two-handed punch establishing inside hand placement right in the chest of the Cowboys left tackle. Then, you see him lower his body to get underneath Smith’s pads and push him into quarterback Dak Prescott. Bennett’s initial punch gets Smith on skates, but you see the high motor to continue through Smith’s body until he gets to Prescott.

As noted above, Bennett also rushed on the interior, and he was highly productive in that role.

Although Bennett’s quickness was useful on guards and centers, he also won with power.

Here, Bennett starts over the right tackle but slants his rush inside onto Rams right guard Austin Blythe. Again, you see Bennett’s first step quickness which prevents Blythe from extending his arms to establish leverage on his block. Bennett’s low center of gravity and hand placement get Blythe off-balance, and then Bennett pulls Blythe towards him as a finisher dropping him to the ground before registering the quarterback hit on Jared Goff.

The Falcons ran an outside zone scheme here, with Bennett isolated on Atlanta left tackle Jake Matthews. First, he takes a hard step upfield to set the edge and then establishes inside hand placement to control the block. Again, you also see Bennett sink and get underneath Matthews’ pads. Then, Bennett extends his inside arm, and you can see the strength he has to jolt Matthews backward and into the backfield completely closing off the path for the running back to the perimeter. Bennett lets the interior defenders slow down the ball carriers progress, and then comes upfield off his block to make the tackle.

Bennett is only 275 pounds, but his upper body strength, hand placement and pad level allow him to win with power in the trenches.

ATHLETICISM AND HAND FIGHTING ON THE INTERIOR

Bennett might not have the footspeed to win with quickness on the edge consistently, but when he kicks inside he’s faster than most interior offensive linemen, and his hand fighting is terrific.

On this strip sack, Bennett beats Cowboys All-Pro guard Zack Martin to get to Prescott. He uses a hard inside-out jab step to get Martin to give up his outside shoulder. Before he even engages Martin, he has him leaning the wrong way. Bennett then goes to a rip move to clear his body and shows off tremendous flexibility and ankle bend to turn the corner sacking Prescott and punching the ball loose in the process.

The Patriots will undoubtedly move Bennett inside in obvious passing situations to generate pressure up the middle.

The Patriots utilize a variety of line stunts to create pressure with only four or five rushers, and it’s no coincidence that the player they just acquired is extremely disruptive on those actions.

Let’s start when the defense uses Bennett as the wrap player on a tackle-end stunt.

Here, Bennett uses a hesitation move to delay his rush allowing the penetrator to engage the tackle and create a path to the quarterback. Bennett then turns on the jets to turn the corner and wrap around the penetration from his teammate forcing Aaron Rodgers off his spot. Rodgers keeps himself alive, but thanks to good coverage downfield Bennett eventually gets him to the ground.

Bennett also found success as the “smasher” or penetrator on stunts as well.

On this sack, Bennett is supposed to make space for the linebackers to wrap around him to come through the line at Titans quarterback Marcus Mariota. But Bennett plays with good leverage to dip underneath center Ben Jones, and battles through contact to slip through the line. When Mariota side steps to avoid the blitzing linebacker, Bennett is there waiting for him.

Finally, Bennett’s experience and processing speed lead to wins for him in run defense.

On this stop, he is lined up over the guard, and when he sees him pull across the formation, he sniffs out the run design shooting the open gap to bring the running back down behind the line of scrimmage.

Bennett is often the first player into the neutral zone thanks to a quick snap reaction time, and he’s able to make plays in the running game by identifying blocking schemes and attacking weaknesses.

Until he signs a new deal, the conversation around the Bennett trade will focus on Trey Flowers.

From this perspective, the move doesn’t take the Patriots out of the running for Flowers, they’ll still monitor his free agent market, but this is a perfect example of a Belichick insurance policy.

The Pats head coach always talks about depth as an insurance policy; you hope you don’t need it, but if you do, you’re happy that you have it.

The Patriots always plan ahead, and acquiring Bennett gives them Flowers insurance, while also providing them with a productive pass rusher on a bargain deal.

In recent years, Belichick has made pick swap trades for cheap veterans that will help the team win now.

Not only do these players help the Patriots on the field, but by avoiding free agency, they don’t factor into the compensatory pick formula.

The Patriots got four compensatory picks this year (tied for the most in the NFL) and will get at least one next season if Trey Flowers walks while replacing him with Bennett whose a non-factor in that equation.

The Bennett trade is the latest example of the Patriots playing chess while the rest of the league plays checkers.