Top of the Market: Potential Patriots Fits in Free Agency 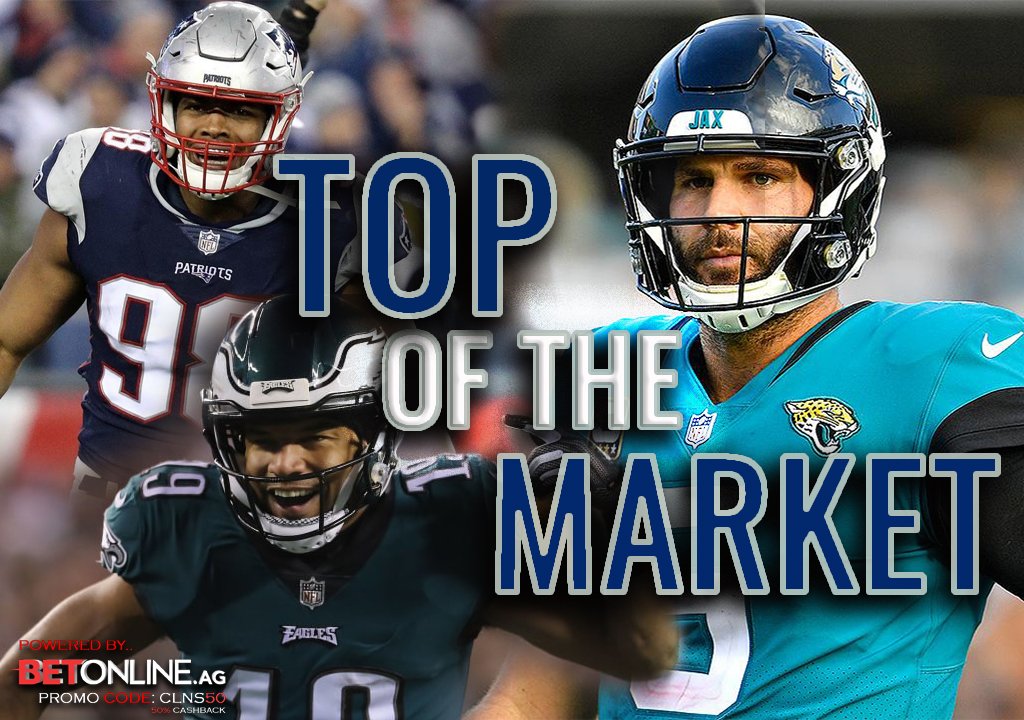 The Patriots will enter free agency with their own free agents, mainly pass rusher Trey Flowers, as their main priority.

With roughly $24 million in cap space, the Pats have some wiggle room to re-sign Flowers and add from the outside as well to make a run at a seventh Lombardi Trophy in 2019.

And if they don’t bring Flowers back, then they can use that space to make even more moves.

The following players are at the top of New England’s current free agent allowance, but one or two of them could be playing football in Foxboro next season:

These free agents have been linked to the Patriots in the past through confirmed reports.

At the November trade deadline, the Patriots offered a third-round pick for Tate, but the Lions shipped the slot receiver to Philadelphia for a higher third rounder. Now a free agent, Tate expressed his interest in joining the Patriots to catch passes from Tom Brady.

Tate ran roughly 70 percent of his routes out of the slot last season accumulating 504 yards from inside the formation between the Lions and Eagles. He’s also one of the best receivers in the NFL after the catch and leads the league in YAC over the last five seasons (2,888). Tate would be a plug and play contributor for New England as a compliment to Julian Edelman.

Before you stop reading, the Patriots’ interest in Bortles dates back to the 2014 NFL Draft. According to multiple reports, the Pats had Jimmy Garoppolo as the top quarterback on their board followed by Bortles. What did the Pats see in Bortles and do they still like him? That’s the question. Back in 2014, the Pats saw an athletic and strong-armed quarterback like most of the league. I’m not saying the interest is still there, but it’s worth monitoring Bortles’ market when the Jaguars release him after they sign Nick Foles.

Like Tate, the Patriots reportedly made an offer to the Packers last season for Cobb, and now he’s a free agent. Cobb ran 88 percent of his routes in the slot and dealt with injuries that kept him off the field for seven games in 2019. It’s been a few years since Cobb was a top-flight wide receiver, but the Patriots think he has something left in the tank, at least at the right price. The Pats might believe that a change of scenery in a more creative offense can unlock the player Cobb was from 2014 to 2016. He’s still relatively young. He’ll turn 29 years old in August.

These players haven’t garnered interest from the Patriots in the past, at least publicly, but are great fits in New England.

If the Patriots lose Trey Flowers in free agency, how would you like to replace 75 percent of Flowers’ production with one player at a fraction of the cost? That’s exactly what the Pats could do if they sign Anderson this offseason. Anderson had seven sacks and 48 quarterback pressures (12th-most among interior defenders) for the Jets last season.

Flowers had 7.5 sacks and 64 pressures in New England a year ago.

The Jets will transition to a 4-3 scheme under new defensive coordinator Gregg Williams next season, and most think that Anderson doesn’t fit into those plans. However, like Flowers, Anderson would offer the Patriots someone that can rush from multiple alignments between the tackles. Above, he uses a nice two-hand swipe move rushing on the left guard from a 4i technique (between the guard and tackle) to sack Aaron Rodgers.

At only 27 years old, Anderson has multiple prime years remaining and is my favorite free-agent targets for the Patriots this offseason.

If the Patriots want to stay out of the Tate, Cobb and Humphries sweepstakes, Crowder is an under-the-radar option to play a similar role in the offense. The 25-year-old was a rapidly ascending receiver two years ago, but an ankle injury derailed what was supposed to be a breakout 2018 season. The breakout didn’t materialize, which could help the Pats land Crowder on a discount this offseason.

Crowder ran 76 percent of his route in the slot and is a dynamic player after the catch when healthy. On the play above, notice the shoulder fake he throws on the defensive back before cutting into the middle of the field, and then you see the explosiveness after the catch. Crowder would be a nice fit in New England.

The Patriots signing a former Pro Bowler at the end of his career for one last run at a Super Bowl? We’ve seen this story before, and Wake qualifies as a perfect candidate for a one-year deal in New England. Even at 37 years old, the five-time Pro Bowler can still rush the passer tallying six sacks and 54 quarterback pressures last season. He also received a 70.0 run defense grade from Pro Football Focus, his best mark in a season since 2012. Wake would have to take a little less for a chance at a ring, but he’d replace a chunk of Trey Flowers’ production, or pair nicely with Flowers to harass opposing quarterbacks if he can stay healthy.

With a loaded tight end class, I’m hesitant even to suggest that the Patriots spend money on a free agent tight end. However, the team did release backup tight end Dwayne Allen, and when the league zigs, Bill Belichick zags. Eifert is also the perfect buy-low candidate for New England; if he stays healthy, he’s a Pro Bowl caliber tight end. The Patriots could also use another red zone target after ranking 15th in red zone efficiency last season (59.7 percent), and despite numerous injuries, Eifert has 15 red zone touchdown grabs since 2015.