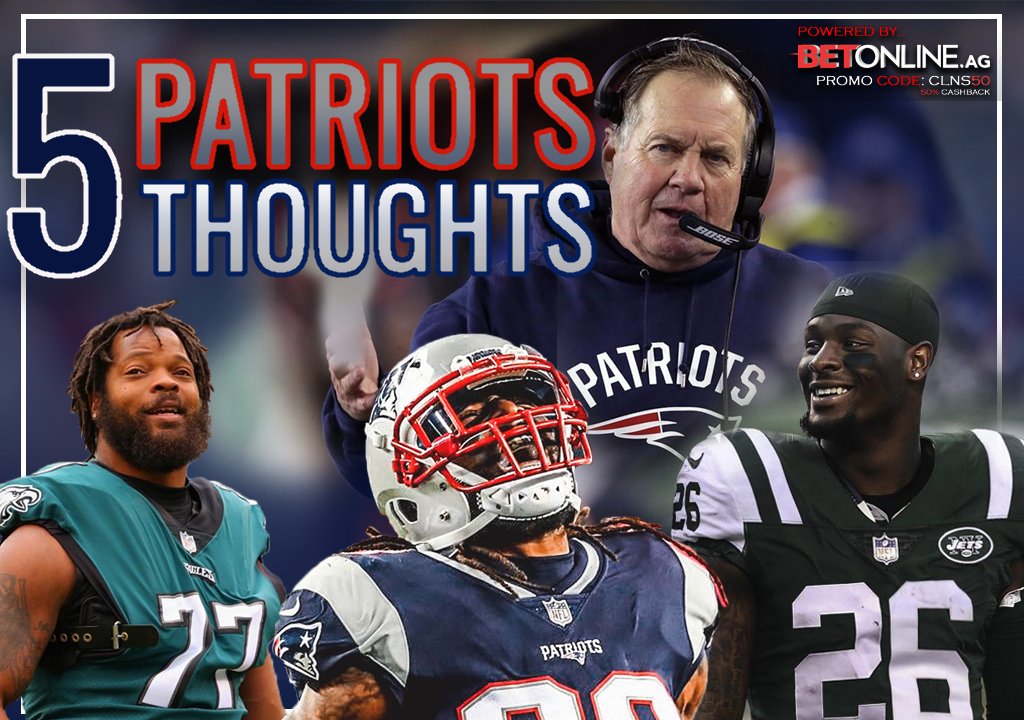 The Patriots continue to remain patient in the free agency as we near the official start of the league year on Wednesday afternoon.

As of right now, here’s where the Patriots stand after a few depth signings:

From this perspective, the deliberate approach to the start of free agency for the Patriots is simple; other teams are overpaying for good, not great players, and the Pats are smart to sit out.

As is the case almost every year, the great players in the NFL don’t reach unrestricted free agency, which leaves the A-minus or B-plus players left to reset the salary structures.

For instance, former Patriots defensive lineman Trey Flowers’ new deal with the Detroit Lions made him the second-highest paid defensive linemen in the NFL behind Defensive Player of the Year, Aaron Donald, excluding Demarcus Lawrence who was tagged again by the Cowboys.

Is Flowers the second-best defensive linemen in the NFL? No, but he hit unrestricted free agency, and the competition for his services drove up his price.

Bill Belichick built a 20-year dynasty in New England with fiscal responsibility, and he’s sticking to that formula this offseason.

For fans, it’s frustrating watching the rest of the league make moves while the Patriots sign the Brandon Bolden’s of the world, but trust me, you wouldn’t want it any other way.

With that said, there’s radio silence at One Patriot Place as of now, which suggests that something could be brewing.

Until then, here are some quick thoughts on what has transpired so far in free agency from a Pats perspective:

The Patriots did make three signings as of Wednesday that won’t make headlines but solidify the depth of the roster, another area of roster building where the Pats separate themselves from other teams.

Many will mock this move, and to be honest; it doesn’t do much for me either. On the one hand, the Patriots’ coverage units did take a step back last year with Bolden in Miami. But on the other hand, you can’t chalk up those struggles to the absence of one player. Bolden will return to his role as a core special teamer and emergency running back. As long as it’s cheap, fine.

A reliable player, veteran leader and keeps brother Devin happy. McCourty was excellent in his role with the Patriots last year, and bringing him back on a two-year deal guarantees that one of the best position groups on the roster continues to be a strength next season.

Plus, McCourty now has his place alongside his brother in Patriots history with his pass breakup in the end zone during Super Bowl in Super Bowl LIII.

Love this move for the Pats. Simon had 17 pressures on 171 pass-rush snaps last season, nothing to write home about, but he was very useful in his role. Simon was often involved in various line games (stunts, twists, picks, etc.) when he was on the field, and whether he was the penetrator or wrap player, he executed those actions at a high level. Simon is a team-first player that sets a good example and works his ass off. Good player to have around.

During the negotiating window, the one player the Patriots had confirmed interest in was now Titans slot receiver Adam Humphries. According to ESPN’s Dianna Russini, and confirmed by a source to CLNS Media, the Patriots were finalists for the Humphries and found themselves in a bidding war with Tennessee for the receivers’ services. The Pats’ offer for Humphries was described to me as “competitive” by a source, but that the Titans offer was too good to pass up. Humphries signed a four-year, $36 million deal with $12.5 million guaranteed in 2019.

Last month, I wrote a piece about Pro Bowl wide receiver Odell Beckham and how his contract was affordable if the Patriots wanted to make a move.

Last night, Beckham was traded in exchange for a decent haul to the Cleveland Brown.

Did the Patriots make a mistake by passing on Beckham in a trade? No.

To match the Browns’ offer (17th overall pick, third-rounder and safety Jabrill Peppers), the Patriots would’ve needed to send their top three picks in April’s draft and a young player with Peppers’ value to the Giants. Pass.

Even for a player as talented as Beckham, giving up that much capital while also adding his cap hit isn’t good business for a contender like the Patriots.

For the Browns, the move makes sense as they try to turn the tide.

4. What Does Le’Veon Bell to the Jets Mean for the AFC East?

In case you hadn’t heard, former Steelers running back Le’Veon Bell is now in the AFC East with the New York Jets.

The Jets and general manager Mike Maccagnan are spending money in free agency like a desperate GM should and would. Maccagnan needs to make something happen in New York, and they had the cap space to afford Bell, linebacker C.J. Mosley, wideout Jamison Crowder and offensive linemen James Carpenter and Spencer Long.

Bell shouldn’t scare you as a Patriots fan in terms of winning the division, but if the Jets hit on some of these signings and develop second-year quarterback Sam Darnold, then they might be competitive during Darnold’s rookie contract, and that’s fun for everyone.

5. Trade Targets in the Wide Receiver Market for Patriots

Many of you have asked for some potential trade targets for the Patriots at the receiver position; the Pats have a stockpile of draft picks (12), and the trade market is hot this offseason.

Besides slot wideout Golden Tate, if you’re holding out for a “splash” move by New England at the receiver position, it will have to come via trade.

A few targets to keep an eye on are Giants wideout Sterling Shepard, Bengals receiver John Ross, the 49ers’ Marquise Goodwin and Eagles slot receiver Nelson Agholor, but Agholor’s cap hit of over $9 million next season likely takes him out of this conversation.

Everyone knows that Cincinnati is shopping their 2017 first-round pick in Ross, and we all know how much Belichick loves to take on other teams’ failed first rounders, and the Pats have a good relationship with San Francisco who might be looking to move Goodwin.

However, Shepard stands out among this group. The Giants just traded Beckham, and Shepard is on the final year of his rookie deal making him affordable, but he won’t be in a year when he hits free agency. If the Giants can get a draft pick for Shepard now, that makes more sense than having him on their roster in 2019.

Quickly, the Browns are also reportedly shopping edge rusher Emmanuel Ogbah after acquiring Olivier Vernon. Ogbah showed promise as a rookie, but here were his Pro Football Focus grades in his first three years (out of 100): 58.9, 64.0, 58.8. Proceed with caution.