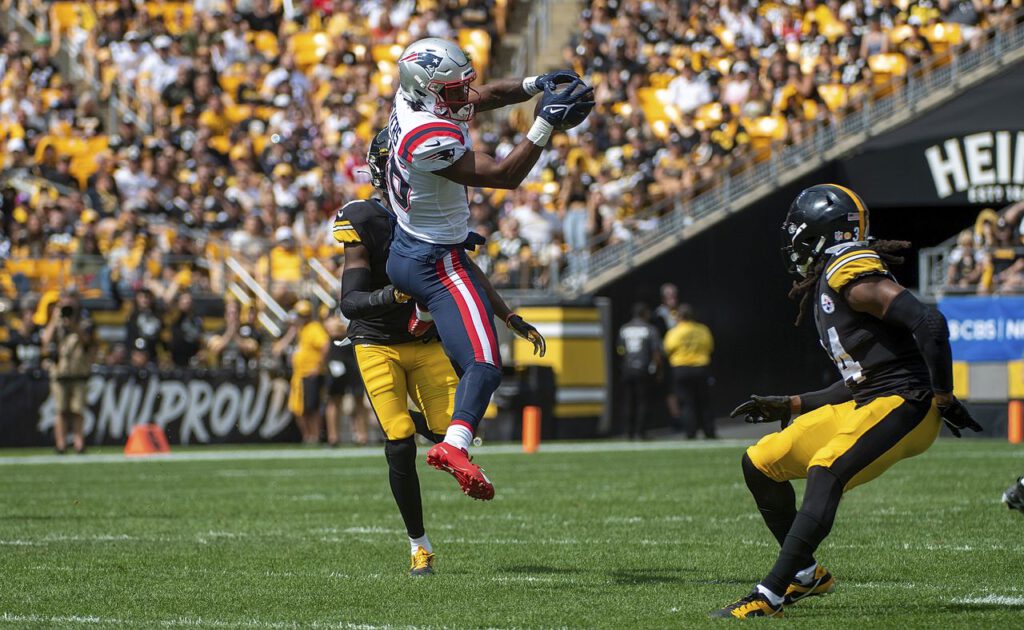 Let’s get it out there now – the Patriots really impressed today.

New England beat the Steelers 17-14 and improved to 1-1 on their 2022 campaign. Here’s an outline of the scoring drives from the afternoon:

A Patriots win was something I did not see happening today. I didn’t think they showed anything of value last week and I thought the Steelers showed they can compete last week against the Bengals.

Here are my takeaways from today’s win:

5. Pats are fine with Rhamondre Stevenson as a third down running back.

After placing Ty Montgomery on IR this week, the Patriots were in search for a new third down back this week. After not elevating practice squad RB JJ Taylor to the active roster, I thought rookie Pierre Strong could get some run.

Well, they stuck with their guys instead. Rhamondre Stevenson took the majority of the reps and looked relatively comfortable outside of one easy pass he should have caught. It looks like he’ll take the brunt of the load until Montgomery can return in week five.

Prior to today’s game, the NFL Network’s Mike Giardi reported that receiver Jakobi Meyers, “I question what the plan is sometimes and how we’re going to attack.”

They actually didn’t look as uncomfortable as I thought they would. Nelson Agholor hauled in six catches, a touchdown, and put up his first 100-yard receiving game as a Patriots – and Jakobi Meyers caught 9 catches for 95 yards and continues to be Mac’s security blanket.

New England has prided themselves on having a quality special teams unit for the last quarter-century. They showed that again today.

For the second week in a row, the Pats defense let up 14 points or less against a sub-par quarterback. They showed out again:

In 2021, Mac Jones’ consistency as a rookie QB was what allowed a so-so offense to ride into the playoffs. His inconsistency in 2022 was seemingly haunting them for a second game in a row.

However, they got through it thanks to a stout defense and a dominant running performance. We’ll see if they can win this way moving forward – but today’s win was certainly a start.

New England’s home opener is upon us, as the Ravens will be in town next Sunday for a 1pm kickoff. They’ll look to build off of their winning ways of today and get themselves above .500. We’ll have you covered all week on CLNSMedia.com and I’ll be in attendance at Gillette next week for on-site coverage. Follow along!