Patriots Rookie Running Back Pierre Strong Jr. Could Have Big Role in Matchup vs. Steelers

New England didn't make any practice squad elevations, which could pave the way for Strong. 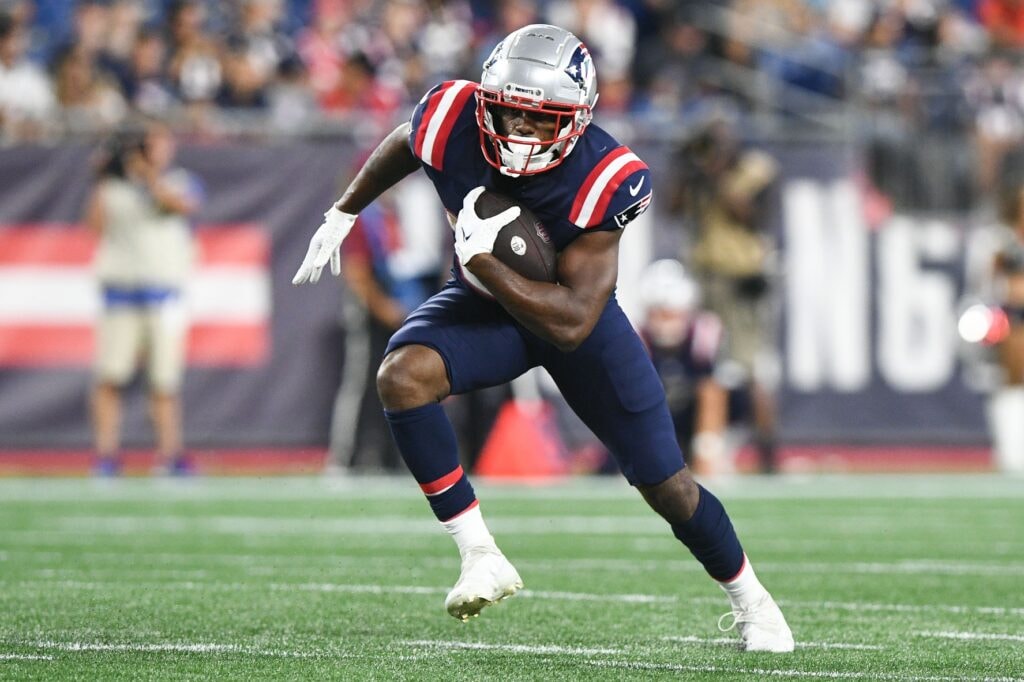 The Patriots announced on Saturday afternoon that they would not be making any practice squad elevations ahead of Sunday’s against the Pittsburgh Steelers.

Last week against Miami, they elevated WR Lil’Jordan Humphrey and LB Harvey Langi  – and then signed Humphrey to the 53-man roster this week after placing RB Ty Montgomery on injured reserve.

What this essentially means that they’re going to heavily rely on Damien Harris and Rhamondre Stevenson, and also potentially give Pierre Strong some reps.  I wrote about him as one of my “Players to Watch” on Sunday:

New England made a surprising roster move this week – sending running back Ty Montgomery to injured reserve. They followed this up with an even more surprising move by elevating WR Lil’Jordan Humphrey to the active roster and not RB J.J. Taylor.

This, in theory, should mean more run for rookie running back Pierre Strong Jr. Strong was inactive last Sunday and has been dealing with a shoulder injury this week, but this feels like a good spot for him to get some reps as a pass-catching back early in his career. We’ll see if NE uses one of their game-day practice squad elevations on JJ Taylor, or if they give the rookie his time.

Well, they officially didn’t elevate Taylor, so it’s time for Strong to shine.

They’ll likely look to Strong to be a third-down back on Sunday, which will require him to use hands and his shiftiness after-the-catch to make a statement.

He’s been on the injury report this week, but should be healthy and ready to go. I’m excited to see what the 5’8″ speedster can do.