New England has plenty to fix if they want to get in the win column in week two. 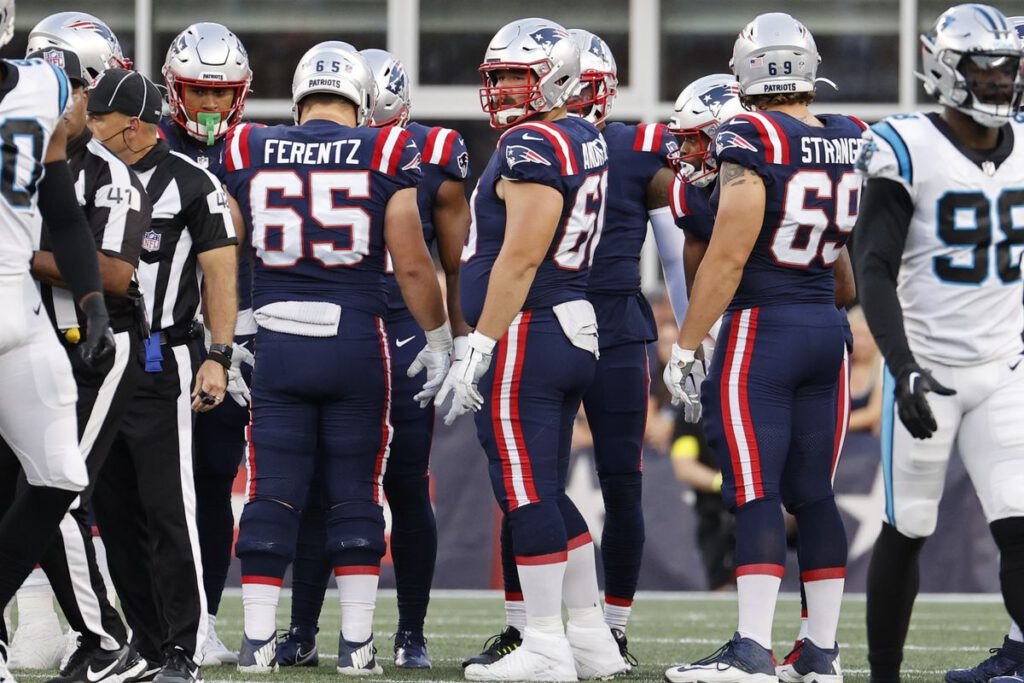 After an awful showing in week one, wild rumors flying about the Kendrick Bourne saga, and Mac Jones’ back spasms being treated like a season ending injury – we’re onto Pittsburgh!

The Patriots are headed to Acrisure Stadium (formerly Heinz Field) this weekend to take on the Pittsburgh Steelers. The game will kick off at 1pm on CBS with Ian Eagle and Charles Davis on the call.

Here are the betting odds for Sunday’s matchup from our exclusive wagering partners at BetOnline.ag:

The Patriots are somehow favorites on Sunday after being embarrassed by the Dolphins in Miami last week. I talked about this on Wednesday night with Adam Jones on 98.5 The Sports Hub, but it truly baffles me that – not only are the Patriots favorites on Sunday – but the line has actually moved in their direction!

This feels like the sportsbooks and bettors simply outsmarting themselves. What New England showed on Sunday should not warrant them being a favorite against anyone.

Meanwhile, the Steelers actually looked pretty good on Sunday – beating the defending AFC Champion Bengals 23-20 in an overtime thriller. The Pittsburgh defense flew around the field, forcing QB Joe Burrow into four interceptions and a lost fumble. Their offense was serviceable – I suppose, but will need to improve if they want to compete in the AFC gauntlet.

Pittsburgh unfortunately lost reigning Defensive Player of the Year TJ Watt to a pectoral injury on Sunday. Watt will be sidelined for several weeks but hopes to return this season. New England is certainly lucking out not having to game plan for the 2021 sack leader on Sunday.

All eyes continue to be on Patriots second-year wide receiver Kendrick Bourne. Bourne made the most of his modest amount of offensive snaps on Sunday by hauling in a 41-yard catch from Mac Jones – and according to reports his workload is expected to increase against Pittsburgh.

Look, this whole thing is in shambles with KB, but frankly I don’t care that it took the owner having to step in in order to get him on the field. He’s your most dynamic playmaker – he needs to get reps if you want a shot at winning games. I’m looking forward to seeing what he does on Sunday.

New England made a surprising roster move this week – sending running back Ty Montgomery to injured reserve. They followed this up with an even more surprising move by elevating WR Lil’Jordan Humphrey to the active roster and not RB J.J. Taylor.

This, in theory, should mean more run for rookie running back Pierre Strong Jr. Strong was inactive last Sunday and has been dealing with a shoulder injury this week, but this feels like a good spot for him to get some reps as a pass-catching back early in his career. We’ll see if NE uses one of their game-day practice squad elevations on JJ Taylor, or if they give the rookie his time.

Patriots safety Kyle Dugger was a monster as a box safety against Miami, but struggled mightily in coverage. The DB out of Lenoir Rhyne had six tackles with two for a loss, but was a liability in coverage and was the main culprit on the Jaylen Waddle touchdown just before halftime.

Dugger will have a test this weekend against Pittsburgh’s three-headed monster in Dionte Johnson, Chase Claypool, and George Pickens. We’ll see how he responds after his up-and-down week one.

Trubisky was so-so in an otherwise solid outing for Pittsburgh on Sunday. The former Chicago Bear started his first game with the Steelers and did just enough to continue on as the starter.

With rookie first-round pick Kenny Pickett waiting in the wings, Trubisky is going to have to show out and not give Mike Tomlin any reason to hand the reins over earlier than anticipated.

The main reason I’m curious to see what rookie WR George Pickens will do this weekend is because he was taken two picks after Patriots WR Tyquan Thornton in this years draft.

Now granted, Thornton is out on IR with his coller bone injury so it’s tough to compare them, but Pickens was graded ahead of him by just about every standard and New England went with Thornton anyway. It’d be quite the kick in the rear if he went off against the Patriots on Sunday.

I think this game will be close for a while, but New England’s lack of consistency on offense will once again put them at a standstill.

Mitch Trubisky keeps the Steelers QB1 job for another week with a solid performance, and the Patriots fall to 0-2.