Getting thoughts on paper following New England's loss to Buffalo on Thursday night. 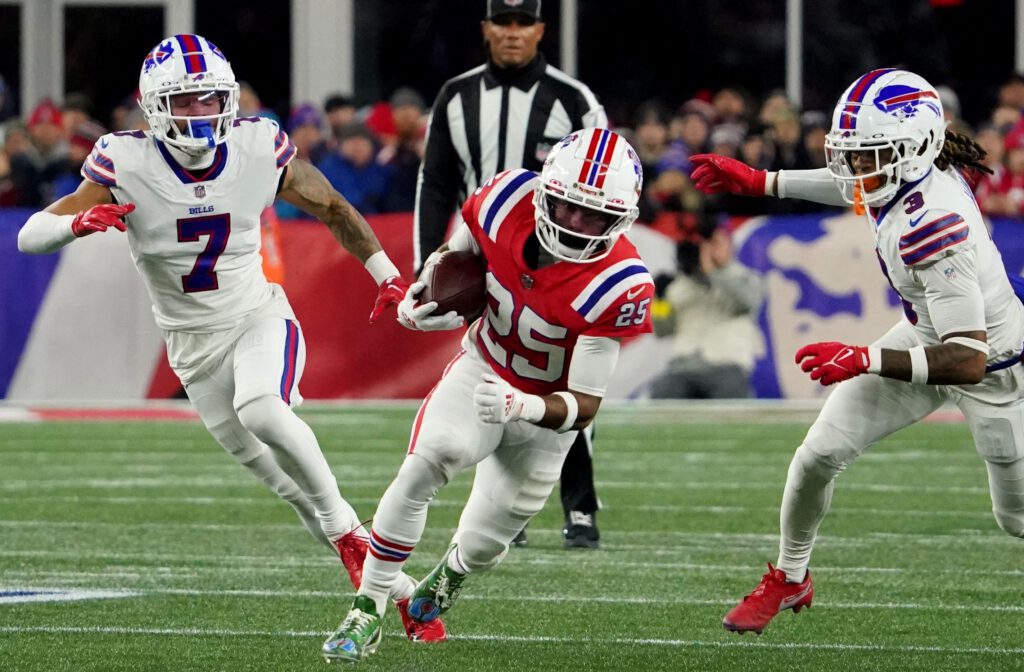 FOXBORO, Mass. – Banged up from the start, the Patriots were simply no match for the Bills tonight. Buffalo came into town and whomped them 24-10 and knocked this team all the way back to 1999.

Unlike last week vs. the Vikings, there was nothing encouraging at all to take away from this performance. Here’s a look at the scoring drives from Thursday night:

Here are my five takeaways from New England’s season-changing and potentially franchise-altering loss to the Bills:

Once thought of as one of the scarier places in the league to have to play football, Gillette feels more like a library than a stadium this season.

The Patriots are just 12-11 at Foxboro since 2020 – and on Thursday the stadium was barely filled at kickoff, there were more cheers than boos throughout the night, and you could hear a pin drop when Buffalo was on offense.

I know what New England is putting on display is hard to watch lately, but a little bit of crowd atmosphere never hurt, and it can actually help a team succeed.

The rookie out of Houston can really do it all. Two weeks ago he won the game against the Jets  – and tonight he started at cornerback in Jalen Mills’ absence, and then they threw the ball to him on offense and he took it to the house for a 48-yard touchdown. Here’s a look:

Jones was a triple threat in college as well, catching 15 balls for 137 yards and a TD while at Houston while also being a cornerback and a return specialist. He can clearly do it all in the NFL too.

As I watched the incompetence of the Patriots’ offense unfold on Thursday night, it was easy to come to this conclusion: New England not surrounding Mac Jones with a competent coaching staff going into his second NFL season is the worst coaching decision Bill Belichick has ever made in his career.

Sure – there’s the benching of Malcolm Butler, heck there’s even letting Tom Brady walk and go to Tampa Bay to win a Super Bowl. But Belichick had a chance to right those wrongs – and he didn’t.

Instead, he let his ego and comfortability get in the way and decided to bring in his friends Matt and Joe to coach Mac Jones – and it may have ruined their once-promising quarterback’s confidence and career.

2. Still no answers for Josh Allen.

The Bills quarterback is now 5-1 in his career against a Tom Brady-less Patriots team, and he added 223 yards and two touchdowns to his “vs. New England” resume today. He also did this:

Steve Belichick and Jerod Mayo have zero answers for the guy. He’s diced them up for years now and they haven’t shown any sort of ability to stop him.

1. The Patriots don’t have what it takes to compete atop the AFC.

Put it all together and you get what happened tonight. A middling football team that can’t hang with the best of them in the conference.

They don’t have a high-powered offense and they don’t have a defense that can stop those types of offenses. New England is now back to .500 with a 6-6 record, and their path to the postseason play gets longer and steeper by the week.

After two Thursday night games in a row, the Patriots finally have a long week – and they need it after what happened against Buffalo.

They’re off from game action until Monday the 12th, when they’ll be in Arizona for a Sunday Night Football matchup against the Cardinals. Keep it with us here at CLNSMedia.com as we continue monitoring another lifeless football season without Tom Brady in Foxboro.