Game 1 Primer: Bruins and Lightning Get Set For Thrilling Series 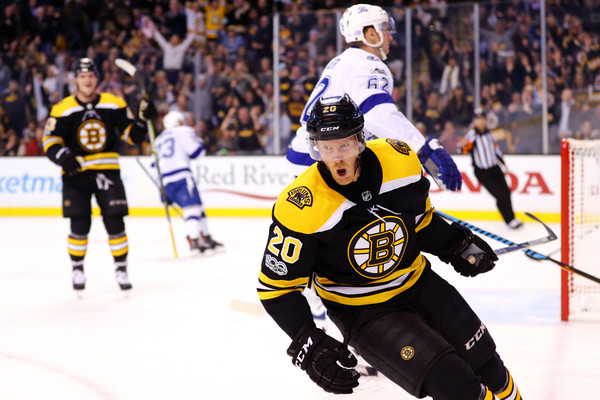 It’s what we’ve been waiting for all season. Everyone predicted they’d meet, yet no one knows what happens from here.

Today, the Boston Bruins and Tampa Bay Lightning begin their highly anticipated series and will commence their fight for a spot in the Eastern Conference Finals.

Last time these two met in the playoffs was for the 2011 Eastern Conference Finals. That series was as back-and-forth as it gets, only to be duked out in a one-goal Game 7 that saw the Bruins come away Eastern Conference champions.

Going into this series, Bruins general manager Don Sweeney explained what it will take for the B’s to come out winners in this series.

“Well they won the Eastern Conference,” said Sweeney. “I think it’s an equally formidable, if not even more so, task [than the Maple Leafs]. Not a lot of holes in their lineup. We had some success in the regular season against them. We’re going to have to find a way to replicate that and probably be even better.”

The Bruins did have lots of success in the regular season against the Bolts, winning three of the four games. One of those games included Tuukka Rask getting into it with Lightning forward Cory Conacher.

Despite the Lightning being a tough opponent, Sweeney remains confident.

“We had pockets of our game in this past series that we know we need to improve upon,” exclaimed Sweeney. “It’s going to take our best effort from start to finish to play against Tampa. We’re a confident group going in. We deserve to be here. We’re moving on and I’m sure they feel the same way.”

The Lightning finished as the best team in the Eastern Conference with 113 points. They ranked first in the league in scoring with 3.54 goals per game while ranking 13th in goals against at 2.85. Their power play ranked third at 23.9% while finishing 28th on the penalty kill at 76.1%.

For a great breakdown of the Lightning’s strengths and weakness, give a listen to the latest Bruins Beat with LightningInsider.com writer Erik Erlendsson.

No matter what, this series will be a tight one. Here are the projected lineups heading into this afternoon’s Game 1 in Tampa Bay.