Gary Washburn on Black LIves Matter: Representation is the key 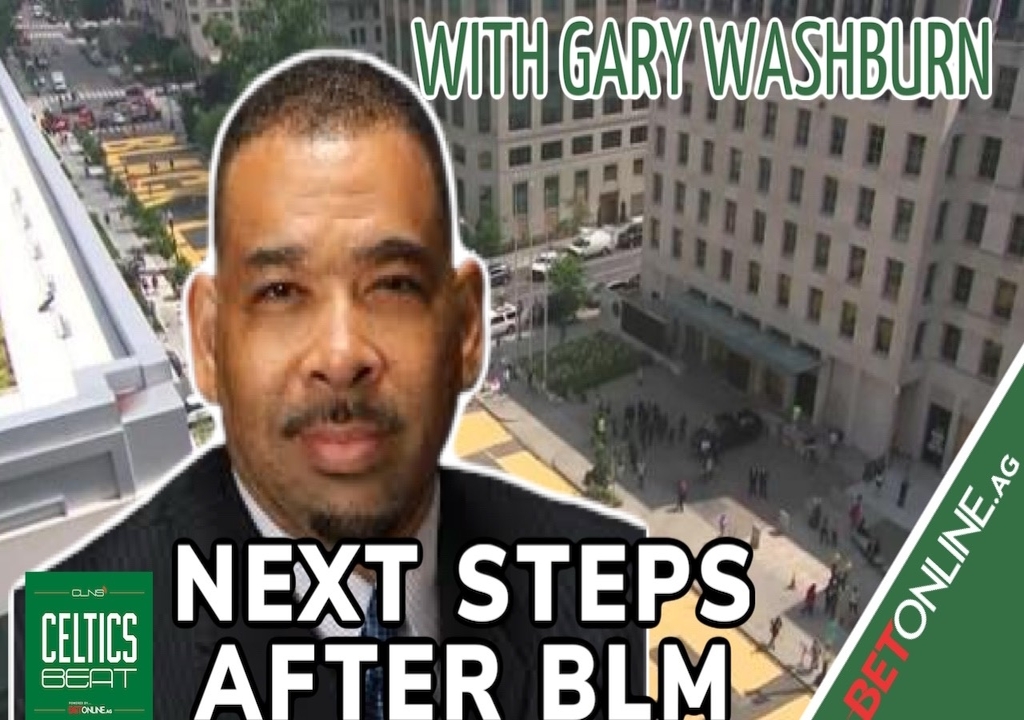 Nearly two months after the George Floyd protests began, it’s harder to find scenes of the continued presence in the streets on TV. When the destruction and heightened chaos of the early weeks subsided, many outlets moved on, especially with the resurgence of COVID-19 across the US.

Visible or not, protesters continue to fill the streets in major cities across the country demanding change. Breonna Taylor’s death continues to gain calls for justice over 100 days since it happened, as does Elijah McClain’s. Education and conversation continue across social media. Racist statues fell, the Washington football team begrudgingly removed its name and NASCAR banned the confederate flag.

The Boston Globe’s Gary Washburn addressed those developments on Celtics Beat this week, noting progress in awareness that still lacks appropriate action and change. Representation, he argued, still needs to be realized to improve the state of racial disparity in the US.

“You notice there’s no one else in here like me,” Washburn said. “You get used to that.”

Washburn pointed out shows like friends, mediums like Boston sports radio and internships where white people receive leverage from familiarity. Black people, he said, could fill those same lanes with opportunity, but get erased by not existing in those spaces.

That leads to unfamiliarity in traffic stops, in public settings and misunderstandings that seed mistrust and fear. Black people saw George Floyd, he said, and were not stunned the same way many white people who viewed the clip were.

“You hire the best person for the job,” he said. “But you have to offer opportunities for people to get to the next level. If you never give the person the chance to do it, they’ll never get the job. So you’ll have to take a chance.”

Washburn also discussed the NBA bubble from Orlando with Adam Kaufman and Evan Valenti. The pair asked him how the league plans to continue the activism some players feared would disappear in favor of basketball discussions. The NBA pitched social justice messages on jerseys, then limited the options available, prompting players like LeBron James and Anthony Davis to opt-out of the plan.

That limitation stemmed from the league not wanting the messages commercialized or insensitive to the families of the deceased. Ultimately, some players said they felt disconnected from the plan.

“The awareness has increased,” Washburn said. “I’d like to see that move into action.”