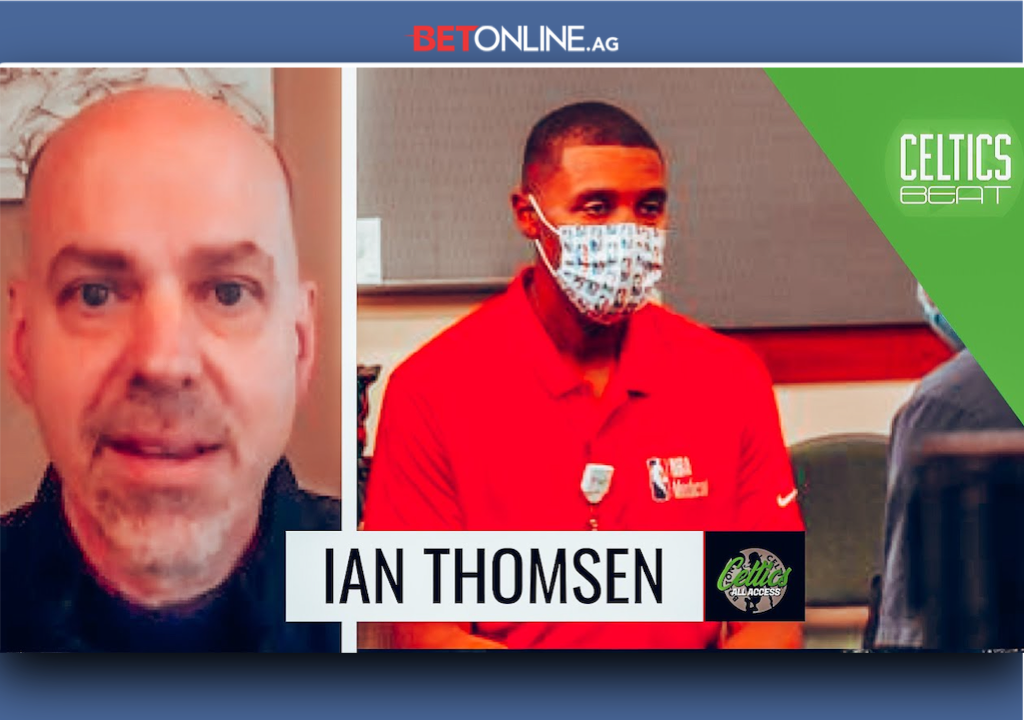 Thomsen appeared on CLNS Media’s Celtics Beat Podcast with Adam Kaufman to weigh in on the debate over whether the vaccine should be administered to basketball players. Despite the NBA’s insistence they won’t “cut the line” for vaccines, Thomsen described a scenario where Joe Biden approves the league’s use to inspire confidence in its effectiveness and safety.

“There’s been a lot of talk that NBA players shouldn’t jump the line,” says Thomsen. “I’m going to look at it from the totally opposite point of view. When Joe Biden comes in as president … he’s going to be looking for different role models in different communities to accept the vaccine.”

In 2020, the NBA set the standard for sports leagues dealing with COVID-19 by playing in a bubble. After successfully completing the season with that format, the league has transitioned back to a more normal situation with teams traveling and playing home games at their arenas.

This has caused countless games to be postponed because of contact tracing and positive tests, creating a scenario where the rest of the season could be in doubt. Now, as the vaccine begins to get distributed, Thomsen can imagine players receiving them soon.

He views the league as a great opportunity for a new presidential administration to bring public awareness and support behind the vaccine.

“We all know that Black communities have been especially vulnerable to this disease and there’s a lot of suspicion about the vaccine in those communities,” he said. “I wouldn’t be at all surprised if the Biden administration goes to the NBA and says, ‘can we please vaccinate your entire league right away?'”

Biden becomes president tomorrow, and the NBA has currently had 13-14 postponements as positive tests increase around the league. For the league to be completely inoculated, it would require that roughly 1,500 people receive the two doses necessary.

“Help is on the way,” Thomsen said.