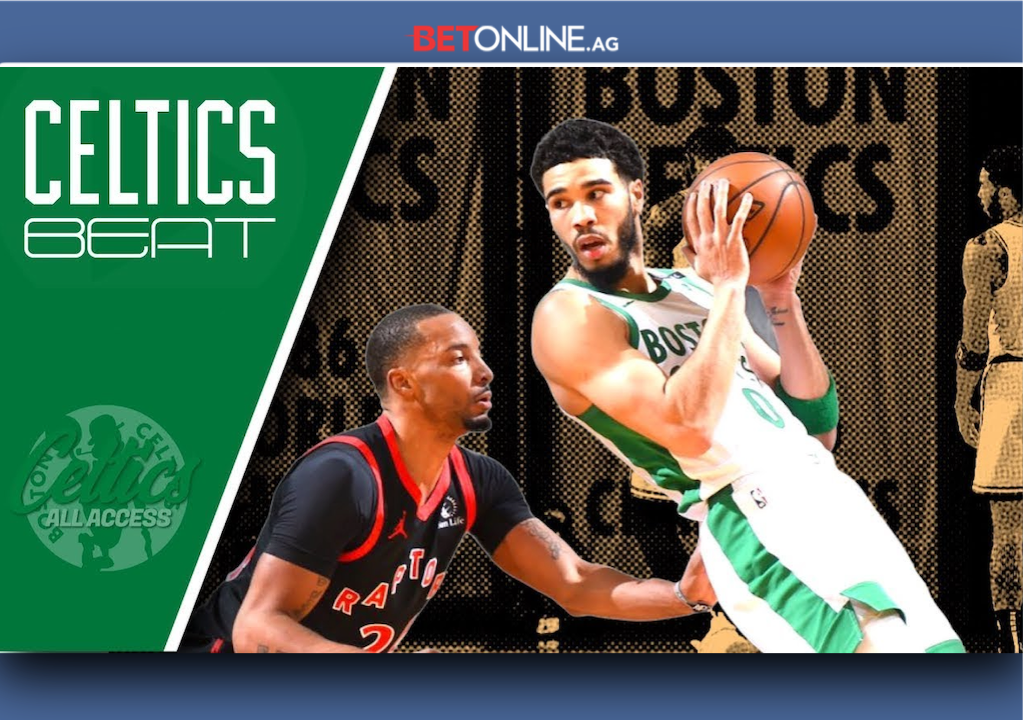 Many evaluators believed the Celtics got the steal of the 2018 NBA Draft when they selected Robert Williams III with the 27th overall pick, and Boston is beginning to see high-flying center’s true potential.

Jared Weiss, of The Athletic, joined Adam Kauffman and Evan Valenti on the latest Celtics Beat Podcast to discuss the emergence of the former Texas A&M standout. Williams III has shown significant improvement from where he was last year, and Boston fans are eager to see him inserted in the starting lineup.

“It’s about damn time,” said Weiss. “It’s not really a coincidence that this is the first time in his career he’s played ten straight games more than 14 minutes.”

Williams III has never received consistent playing time due to his defensive mishaps and injury history. He was prone to bite at pump fakes and his injuries limited him to just 61 regular season games in his first two seasons. Now that he is healthy and has a regular spot in the rotation, the “Timelord” is finally starting to shine.

“He’s completely transformed over that past month,” Weiss said. “He’s cutting out so many of the errors that were in his game, and the stuff that he does well on offense, it’s not just luck anymore.”

In the past, Williams III appeared confused on offense, as he struggled early on with timing his screens and rolling basket cuts. He looks more comfortable on the offensive end this season and he flashed the ability to facilitate from the high post. Now averaging 7.1 points 6.0 rebounds, and 1.6 blocks per game, Williams III is ready to elevate his game in extended minutes.

While the next step is increasing Williams III’s minutes, the Celtics also need to be intentional about what minutes they give him. He must get more time on the court in crunch time situations. Boston is looking to make a deep playoff run, and they will need Williams III to be ready.

“Right now, he’s playing mostly against second units and dominating those minutes,” said Weiss. “So now you got to increase the degree of difficulty if you’re going to push him to the next level, if you’re going to prepare him for the playoffs where even second unit basketball is incredibly intense. He needs to be playing against harder competition in these crunch time situations where there’s way more pressure.”

It can be hard to clear up important front court minutes with Daniel Theis and Tristan Thompson starting, but head coach Brad Stevens will have a much easier job now that Marcus Smart is healthy. The addition of Smart allows Stevens to play a smaller lineup that will create more space for Kemba Walker, Jayson Tatum, and Jaylen Brown go to work.

A good small-ball lineup features an athletic big that can set tough screens and roll hard to the cup, and that is exactly what Williams III can provide. His combination of size, length, and athleticism makes him the ideal fit as the small-ball big when the matchups allow it. Williams III has certainly earned more minutes, but he needs to stay locked in if he wants to remain as a key rotation player.

“Stevens doesn’t like playing mistake prone players, that’s his style,” said Weiss. “People kind of forget, while Stevens is in a developmental situation, he’s also in a situation where everyone wants him fired if he doesn’t win the finals every single year.”

This is a sentiment that Stevens has dealt with all year. He has not had a healthy roster until now, but even with a healthy Marcus Smart this Celtics roster is not fit to make a championship run. The trade deadline is Mar. 25, and Boston has plenty of assets to create an intriguing trade package.

“[The Celtics] are in this weird spot where they are kind of handcuffed by the [Hayward] TPE,” Weiss said. “You don’t want to chip away at it because you want it in its full form to go after the best player possible.”

Possible Boston trade targets include Harrison Barnes of the Sacramento Kings and John Collins of the Atlanta Hawks. LaMarcus Aldridge of the San Antonio Spurs has also emerged as potential acquisition, once his team releases him.

Subscribe to Celtics Beat on Spotify, iTunes and other podcast platforms.