Jay Wright: On the NBA to Address One-and-Done, NCAA and G-League Issue 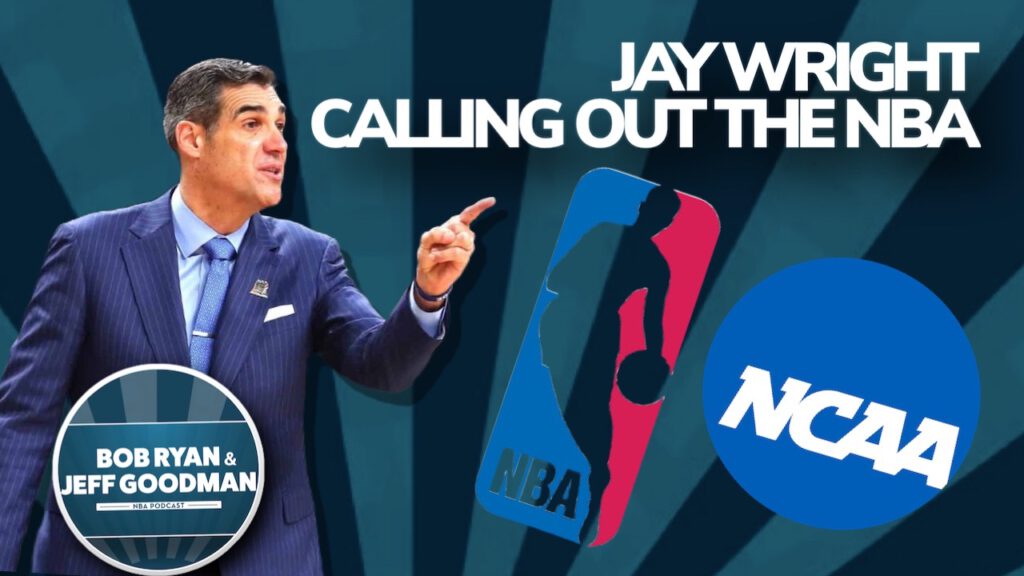 Jay Wright suspects the NBA is using its G-League prospect program as a way around one-and-done, which isn’t a bad thing.

With the unlikelihood of the player’s union ending the infamous one-and-done rule, the G-League program could integrate players into the pros with one buffer year. Jalen Green will attempt to be its pioneer. It’s less clear if he’ll make noticeable history, or remain obscure until the draft like Darius Bazley did.

Wright, who joined Bob Ryan and Jeff Goodman’s CLNS Media podcast this week, is rooting for the program. Its success could restore authenticity to the NCAA. He wants players who desire professional careers to go, leaving those interested in college behind.

Another idea calls upon the long-successful MLB format. Players can jump directly from high school to the minor leagues. They have the option to attend college after being drafted, knowing in a set amount of time that they’ll join that pro team. College baseball successfully maintains amateurism without much controversy, though it does not rake in the billions of dollars that March Madness does.

“Everybody loves to criticize the NCAA,” Wright said. “Granted, the NCAA always reacts too late, it’s always reactionary. We don’t have enough vision and leadership, but the NBA controls whether these guys go to college or not, and how long they’re in college. The NBA controls that, not us, it’s all on the NBA.”

Between 1995-2005, players freely entered the NBA from high school without exception until the new CBA set a mandatory year between high school and the league. That manifested in one-season college tenures from Anthony Davis, Zion Williamson, Jayson Tatum, Kyrie Irving and numerous stars.

It worked for college, until recent disdain from Ben Simmons and James Wiseman’s Memphis departure this season. RJ Hampton and LaMelo Ball, likely lottery picks in this draft, opted for paid seasons overseas.

The G-League program, as Adam Silver proposed, allows those types of players on and off-court development with occasional games against G-League teams. Green and others will then enter the 2021 NBA Draft. Jalen Green will make $500,000 during this program, a possible point of contention for other G-League players, said Ryan Arcidiacono, recently of the Windy City Bulls.

That calls into question how much this program actually aims to develop the G-League, which still caps out at $75,000 salary for two-way players like Arcidiacono and others.