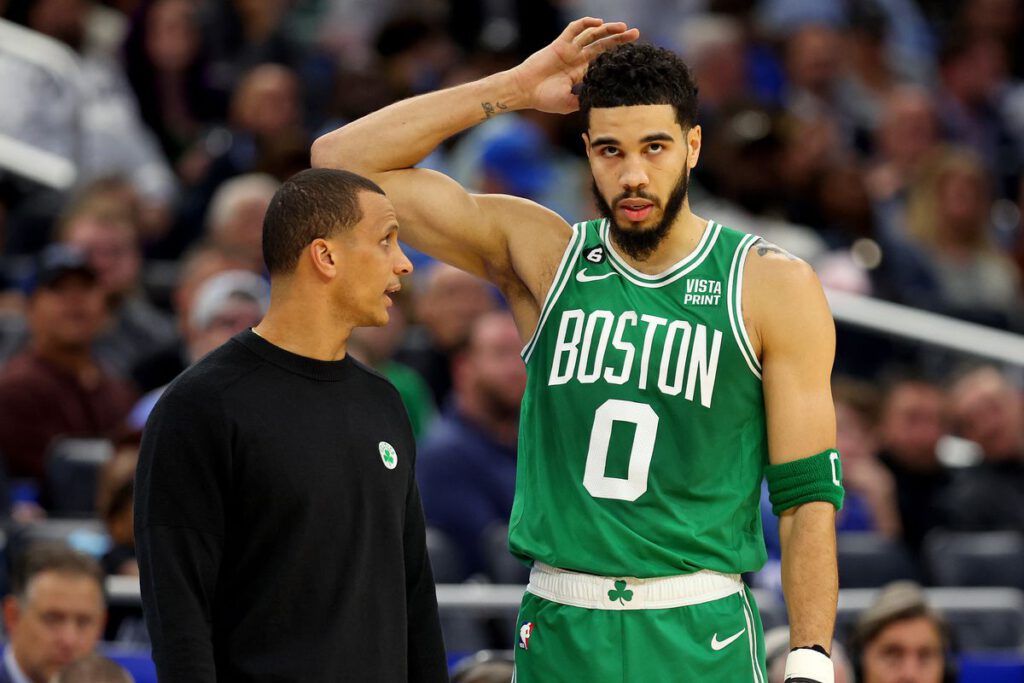 Now? Well the Celtics are still the favorite to win the Finals at +400 and Mazzulla is still the COTY favorite at +210 – but Tatum he’s fallen off of his perch at +300.

Here are BetOnline’s odds to win the NBA MVP as of January 25th:

Boston continues to hold onto the best record in the NBA at 35-14 – and Tatum is scoring points at a clip – but his costly turnovers at the end of games have led to the Celtics dropping two straight games this week.

On top of this, Denver’s Nikola Jokic is on an absolute tear. The 6’11” freak is the most versatile player in basketball and is averaging 25.1 points, 11 rebounds, and 9.9 assists per game. The Nuggets have won 10 of their last 11 and Jokic is well on his way to his third consecutive MVP award.

If Tatum wants to catch Jokic in the race, he’ll also have to pass Luka Doncic and Joel Embiid. Though the Mavericks are just 25-24, Doncic leads the NBA in points (33.8) and is fourth in assists (8.6) – and he does both in incomprehensible ways. His highlight reel ability is what keeps him towards the top of this list.

When trying to convince myself before the season that Tatum could win this award – I outlined his age, his non-scoring numbers, his improved supporting cast, and the fact that he’s the undisputed best player on his team as reasons why he could win his first MVP. These four factors still hold true. If Tatum can hit his usual second-half-of-the-season stride that he’s done throughout his entire career – then there’s still a chance he comes away with the MVP award.