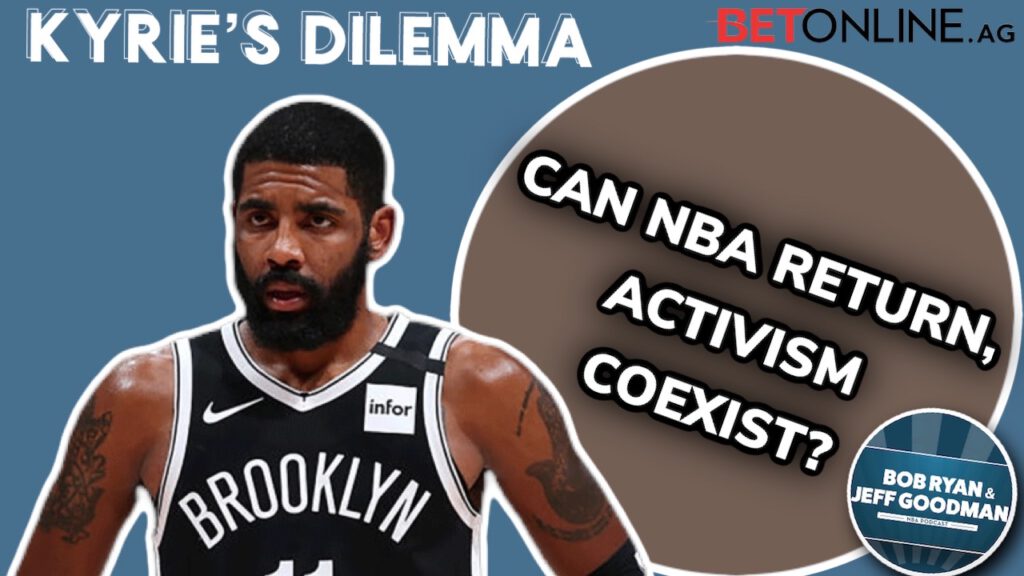 Jeff Goodman heard the tape of the NBA player’s association call led by Kyrie Irving last week. On it, Irving notably announced he would not go to Orlando and questioned whether the NBA should continue its return amid the George Floyd protests.

The call mostly featured discussion among prominent players, Dwight Howard, CJ McCollum and Donovan Mitchell, about various concerns, including competitive balance and coronavirus. It primarily hit on Irving’s suggestion, with players weighing the financial consequences of not playing against the benefit to the movement.

Goodman called it a venting of thoughts on this week’s Ryan and Goodman Podcast on CLNS Media.

“They almost feel like if they are playing basketball,” he said. “They’re taking away from their platform to provide and sustain change … can’t they do both?”

Avery Bradley, Howard and others sympathized with Irving’s point before Adam Silver announced this week the NBA’s commitment to continue discussion. The league continued its rollout of details, including the announcement of a preseason beginning July 22.

Yet players remain concerned amid increasing cases of COVID-19 in the Orlando area. Bubble restrictions bother some, specifically the enforcement and required quarantines involved. Jayson Tatum teased his own skepticism, due to his impending contract extension, before confirming to NBC Sports Boston his intent to play.

“Donovan Mitchell said was worried about getting hurt and if he gets hurt, how that impacts his ability to get $150-160 million, he’s eligible for an extension,” Goodman recapped. “Somebody said, well Donovan here’s the deal, if we’re not playing at all, you’re not getting that $150 million.”

McCollum raised that same sentiment. If the NBA season ends as it currently stands, players will lose over $1 billion, or at least one-fifth of their salary individually. Those losses will extend into next season, when the NBA inevitably ends the CBA and triggers a lockout and revenue share negotiations. The players and owners essentially split income 50-50 right now.

“I don’t think there’s an inherent contradiction between the continued pursuit of the cause and playing,” Bob Ryan said. “In fact, they would have a platform if they’re playing. I’d like to know concretely, what would you be doing, if you’re not playing to, further the cause?”

Listen to the rest of Bob Ryan and Jeff Goodman’s conversation, including the teasing of a new Ryan book, here. Subscribe to their podcast and CLNS Media for more coverage of the NBA’s impending return.