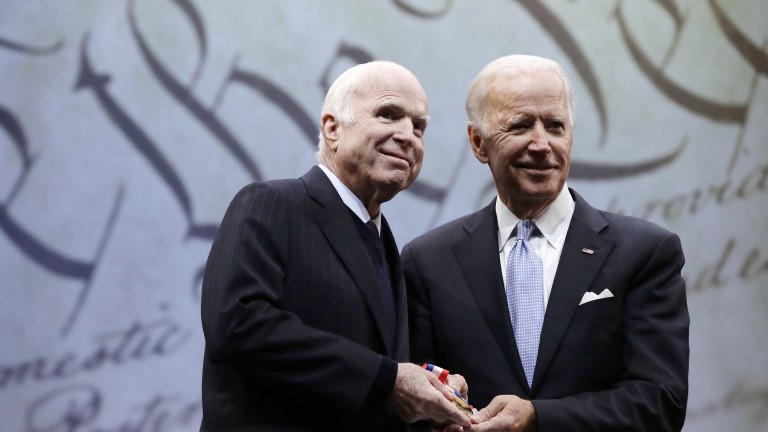 Joe Biden continues to pick more endorsements up from the other side of the aisle during the ongoing virtual Democratic National Convention.  Cindy McCain, husband of former Senator John McCain, lent her voice to a montage which highlighted the close relationship between the two former Senators.

This hasn’t done much to affect the betting odds, as Biden remains a -135 favorite, according to BetOnline.ag — which is unchanged from last week.  President Donald Trump is a +105 dog.

Last week in this space, we wondered why Trump and Biden remained so tight despite everything that is going against Trump.  Biden, while ahead in every credible poll, is actually losing points in recent weeks to Trump.  Why?

For one, Biden has really yet to do anything besides ride the waves of the harsh anti-Trump sentiment.  And as one famed political pundit put it — Biden is well-known but not known-well.  There really isn’t anything concrete on what he plans to do in office.  Thus far his campaign is that of platitudes — restoring dignity to the White House.

It’s a campaign similarly run to Thomas Dewey’s in 1948.  Will this Schoettenheimer-level conservatism be enough to win a Presidential campaign?

Bet on the 2020 US Presidential campaign at www.betonline.ag — Use Code CLNS50 for 50% cashback on first deposit