Kadlick: Who Will Be the Super Bowl LVI MVP? 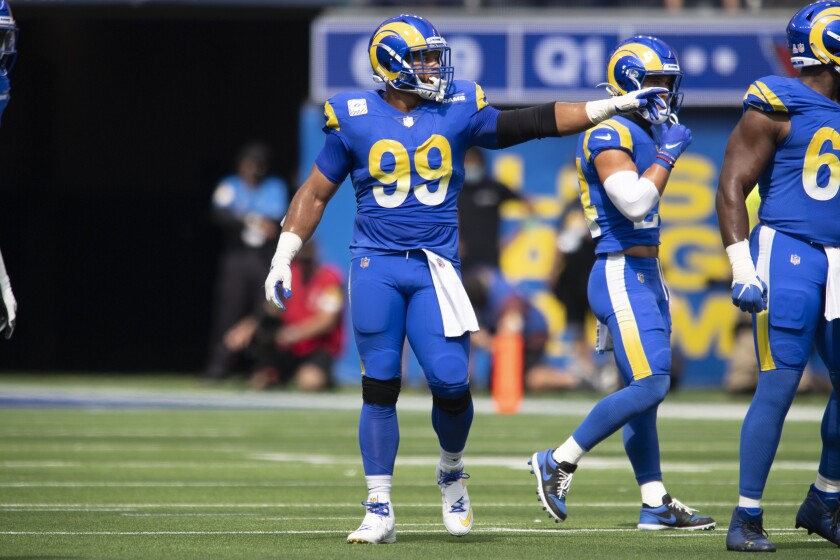 There is so much to bet on for Super Bowl Sunday (as you can see in my Super Bowl Prop bets article). Whether it’s who’s shown first during the National Anthem, the quarterback to have the longest completion, or the color of the Gatorade dumped on the winning coach, plenty is going on at all times to keep you hooked.

The Super Bowl means it’s prop bet time, and @betonline_ag has you covered with all the best for before, during, and after Sunday’s game.

One bet that always stands out for me year in and year out is Super Bowl MVP. In a team sport like football, so much can happen in 60 minutes, and it’s always interesting to see whose performance stands out from the rest.

There are some dudes playing in this year’s Super Bowl. Here are BetOnline.ag’s odds for the top ten players to win the MVP award on Sunday:

Like I said – dudes. Here are my top five picks to take home the award:

A kicker? Yes, a kicker. Evan KickPherson (lol) has been nails for the Bengals this postseason and has kicked them to two straight victories.

I know it isn’t likely, obviously, but if this game stays close and they continue to rely on McPherson’s leg, then betting on him at +3300 could get you a solid payday.

If you guys have been paying attention all season, Cooper Kupp has been my guy. Kupp took the NFL by storm this season, hauling in 145 catches for 1,947 yards and 16 touchdowns. He’s been Stafford’s security blanket all year and is probably going to win the Offensive Player of the Year award on Saturday.

Kupp has also been dominant in the postseason. He has 25 catches for 386 yards and four touchdowns in LA’s three postseason games – and has gone over 140 yards in each of the last two.

If the Rams win and Kupp puts up another breathtaking stat line, I could see him winning MVP.

I think Donald is an awesome play here. The Bengals offensive line is bad, and Aaron Donald is arguably the best player in the NFL.

Cincy is going to have to worry about both Donald and Von Miller on Sunday – and frankly, I think they’ll have a hard time doing so. Donald was double-teamed for 66% of snaps this season and beat them 26% of the time. He’s dominant and could be the difference in Sunday’s game.

A couple of sacks and a forced fumble for Donald and the award could be his.

Betting on quarterbacks is always the safe thing to do when wagering on the Super Bowl MVP. They touch the ball on just about every offensive snap and can make or break a team’s chances of winning.

Burrow has been a lightning rod for the Bengals, and frankly is the only chance they have of winning this game. If he doesn’t play well – they’re toast.

If you think Cincy is going to win, you can get better value if you use Burrow +225 as a moneyline bet. I see them as essentially the same thing.

What’s better than betting on a quarterback? Betting on the quarterback on the better team.

Matthew Stafford has a chance to re-write his own history book this weekend. With a Super Bowl and Super Bowl MVP win, he’ll cement himself as a surefire Hall of Famer.

Stafford is the most important player in this football game on Sunday. They’ll need him to be on his A-game to match Joe Burrow. I think he will be, and I think he gets a Super Bowl win.