My three favorite props for Patriots vs. Bills this weekend. 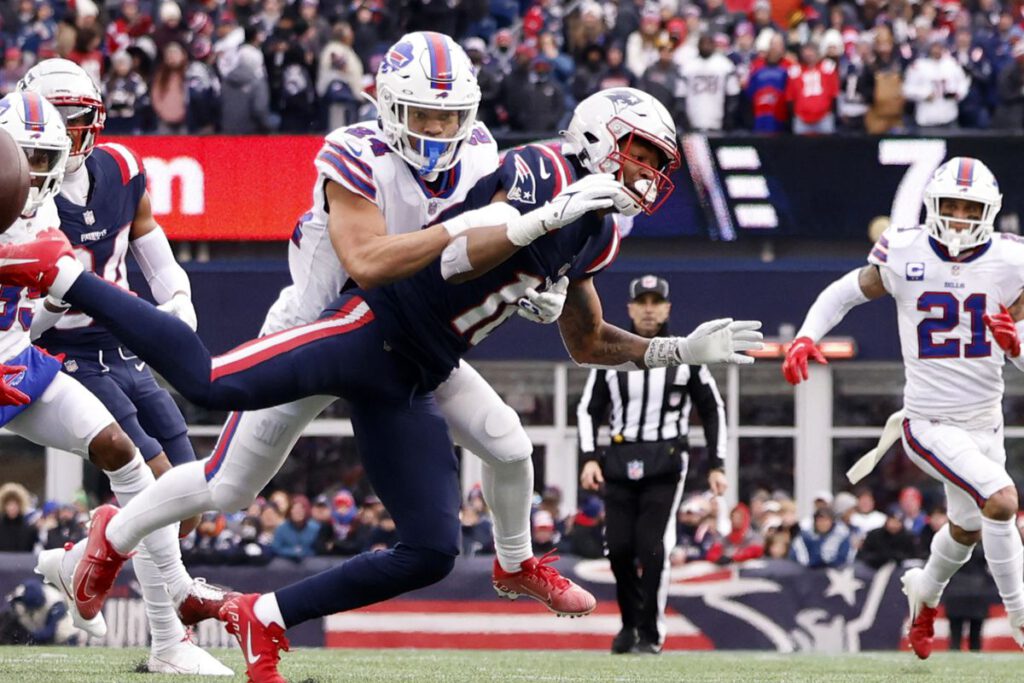 Both the Bills and the Patriots are playing their third game in 12 days on Thursday night, so chaos is bound to ensue between these two exhausted teams.

When there’s chaos there’s usually a betting angle, and our exclusive wagering partners at BetOnline.ag have the best props listed for Thursday’s game. Here are three of my favorites with a pick for each:

The obvious picks in a bet like this are the second and fourth quarters – as that’s when teams are more likely to push it due to clock management. However, the value is to go against the grain.

New England and Buffalo will head into halftime to make their adjustments and come out flying to start the second half. Take the third quarter at nearly 4/1 odds.

Thursday night is a divisional matchup with a ton of rivalry behind it. These two teams can’t stand each other, and they’re going to want to prove to the better than the other.

Having said that, I expect both offenses to be more aggressive than normal and try to show their worth – and in doing so will combine for well over 40 first downs.

He’s bound to do it again on Thursday. There’s no reason to think he won’t. Over 268.5 yards is the easiest bet of the night.