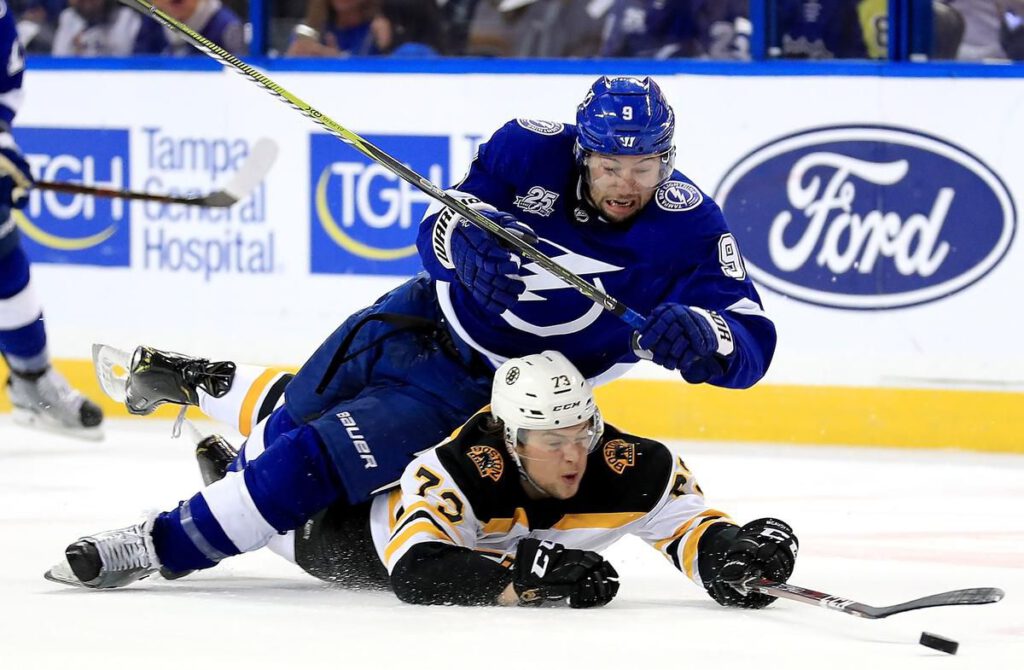 The Boston Bruins extended their season by a period and a half in Game 5, forcing two overtimes. The Tampa Bay Lightning prevailed in the end, however, taking the series with a 3-2 win.

Victor Hedman scored the ultimate winner, with 5:50 left in second overtime. His shot from left point squeaked through traffic and off of Bruins’ goaltender Jaroslav Halak and in.

Despite controlling the first overtime period and generating a majority of the scoring chances, the Bruins were unable to break through. In the first OT frame Boston outshot Tampa Bay 11-6.

After a scoreless opening period, Ondrej Palat opened the scoring on the night. The Tampa Bay winger got his stick to a shot to tip it past Halak and give the Lightning a 1-0 lead.

Halak kept the Bruins in the game for much of the game. The Boston goaltender made an early stop, with 17:31 left in the period, flying across the crease to keep the game scoreless. Halak made another stop mid-way through the second with the score 1-1, denying Palat from point-blank range. Halak made 32 saves on 35 shots on the night, coming up one save short.

The Lightning looked to be well on their way to a series victory after Anthony Cirelli tipped a Victor Hedman shot past Halak for a late 2-1 lead.

A 2-1 lead with under eight minutes to play wasn’t enough however. With two and a half minutes left Zdeno Chara took a weak wrist shot that Palat put his stick on. The puck took an awkward bounce and found the stick of David Krejci. Krejci calmy deposited the puck in the back of the net to tie the game 2-2 and force an eventual overtime.

The Bruins found their first goal in the second period when Patrice Bergeron turned the Lightning over in their own zone. The Boston center then gave the puck off to Krejci who fed David Pastrnak. Near the right faceoff circle, Pastrnak buried the one-timer to knot the game 1-1.

With the Bruins dominant over much of the first overtime and for stretches of the second as well, it looked as if the Bruins might be nearing a goal to force a Game 6. The Lightning d-man had other plans though, ending the game—and the series—with his goal.

The tally was Hedman’s fourth goal of the series. With Ryan McDonough out for much of the series, Hedman anchored the defensive corps. The series-winning goal further solidified his importance in the Lightning advancing to the conference finals.