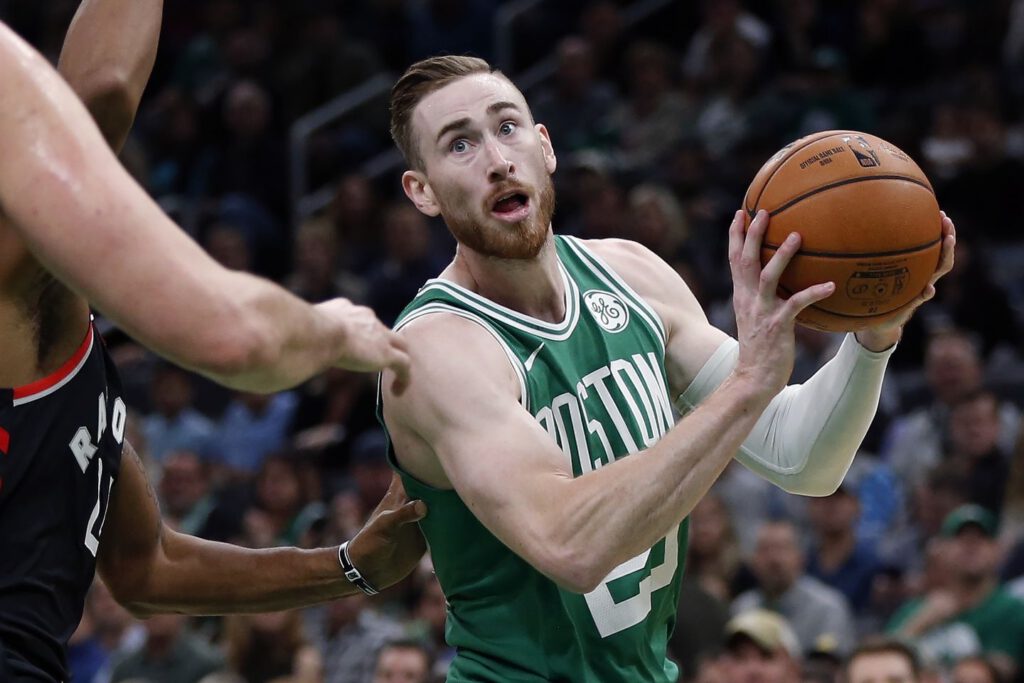 Exactly one month passed before the Celtics levy Gordon Hayward back into the lineup after he broke his left hand on Nov. 9. Silver lining emerged with this setback, as he could return in even better shape than he would’ve been in playing games. His hand did not prevent conditioning. It occurred on his non-shooting hand, but it could still prove impactful to his game.

Boston listed Hayward as available for tonight’s game against the Cavaliers. He participated fully in shootaround. Brad Stevens did not expect any massive hurdles to integrating Hayward back into one of the more successful NBA starting lineups from early in the season. Hayward himself shed light on an underrated aspect to returning from an injury that could’ve been far worse.

“I think it’s going to be a little while,” Hayward said last week. “Plus I was right-hand dominant anyway, so it’s probably never going to be the exact same. But get it more strengthened, so its percentage is closer to my right.”

Hayward worked his left hand out fully through contact for the first time on Dec. 3. He practiced against coaches, monitored swelling and had already been shooting without restriction. The bone fully healed, a consultation with his doctor revealed, and Hayward said it feels stronger than his right hand. He expects pain, but no aggravation of the injury.

So for Hayward, likely Kemba Walker’s No. 2 playmaker tonight with Marcus Smart out due to an eye infection, he’ll prepare to make plays with his left hand. Hayward took 49% of his field goals through eight games within 10 feet, sending him to the left of the basket to finish often.

Tatum said Hayward’s integration will be easy. He’ll be up to speed in terms of pace and running the offense. But his return demands boxing out down low, defending as drivers push his arm away and using his left hand comfortably on the ball. Hayward expects to deal with the pain, especially from the tissue, and getting used to contact all season.

While this isn’t quite a return from a ruptured ankle, this injury could nag him for the foreseeable future. That may not knock him off his game entirely, but it could dig into the +3.8 box plus-minus production from early in the season that was in line with his all-star season in Utah. Hayward shot 55% from the field, 43% from three and 84% from the line in eight games.

His shooting may be effected less than anything, though the left hand still serves as a guide. Defensively, he’ll need to work through screens and box out against players coming at him full speed. Before his injury, opponents shot 22-for-46 against him (47%). The 76ers and Raptors did the most damage, 10/16, before he held his last six opponents to 12-for-30 shooting with him as the closets defender.

“One of the things about our defense that I think has made our defense (great) when we’ve played our best is our ability to cover for one another when people are in tough spots,” Stevens said on the defensive aspect of his return.

The Celtics certainly benefit from integrating who was their best player early to help set up more for surging Kemba Walker, Jaylen Brown and Jayson Tatum. Those four and Daniel Theis outscored opponents by 33 points per 100 possessions in 27 minutes, though with only a 66.7 defensive rebounding percentage.