A look at three games on the NFC slate this weekend, with picks for each. 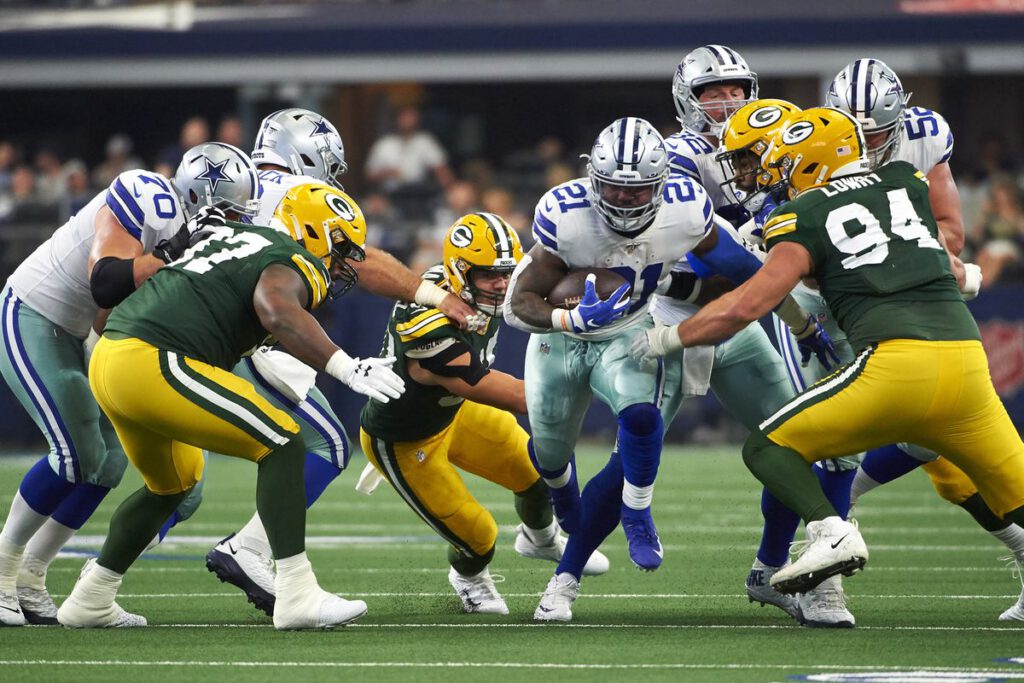 With the Patriots on a bye week, we are once again splitting up our NFC and AFC picks of the week. Plus, it’s always more fun giving out six picks instead of three.

The Russell Wilson-less Seahawks have been on an absolute tear in 2022. Geno Smith has Seattle leading the NFC West, he’s a favorite to win Comeback Player of the Year, and he has completely rejuvenated Pete Carroll – the oldest coach in the NFL who was once thought of as the bad egg in him and Wilson’s break up.

Their opponents this weekend in the Buccaneers have their backs firmly against the wall. Sitting at 4-5, Tampa just barely squeaked out a win last weekend against the Rams and was this close to dropping to 3-6. Tom Brady has his work cut out for him if he wants to avoid missing the playoffs for the first time since 2002.

This is the NFL’s first game in Germany in league history. It’s bound to get weird. I have a hard time betting against Brady on any given Sunday, never mind overseas. Tampa wins a tight one, covers the spread, and the total goes over.

Sure, the Chicago Bears are 3-6, but boy is there some promise there with Justin Fields. The second-year signal-caller has been a monster over the last several weeks – breaking Michael Vick’s single-game rushing record for a QB and throwing for 5 TDs with 0 INTs.

Their opponents this week in the Lions are a team that started the season red-hot offensively but has struggled in that department since being shut out by the Patriots before the bye. They also have one of the league’s worst defenses – but held the Packers to just nine points last weekend. A strange team to figure out.

I think it’s back to shootout season for the Lions this weekend. They’ll keep it close against Chicago, but Fields outlasts Goff in a high-scoring NFC North battle.

The return of Mike McCarthy to Green Bay is bound to be an interesting one.

Much like his old and gray counterpart Tom Brady, Aaron Rodgers and his team are also in a brutal spot. The Packers are 3-6 and have lost five straight, and Rodgers looks like a shell of himself.

Meanwhile, the Cowboys are rolling. Micah Parsons and Trevon Diggs hold down one of the league’s best defenses, and the offense outside of quarterback is so well put together that it hasn’t mattered if it’s Dak Prescott or Cooper Rush behind center.

All of this being said, this game feels like a letdown spot for Dallas. LeFleur and the Packers are desperate for a win, and Rodgers may have the secret sauce to get past Mike McCarthy.

The Packers win outright and start to get their season back on track. They’ll score points, Dak will answer, but ultimately Green Bay pulls out the win at Lambeau.