Here are the betting odds for three NFC games to watch this weekend. 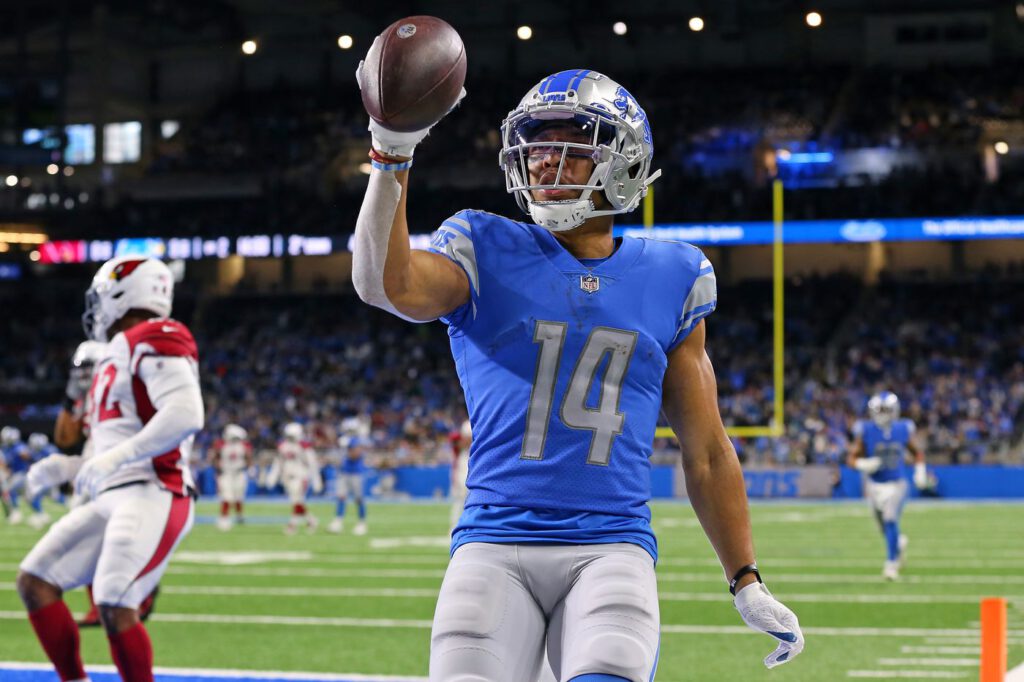 Like we always do when the Patriots aren’t playing on a Sunday, we’re once again analyzing six games and giving the people what they want: two “games to watch” articles this week.

A sneaky important game in the NFC this weekend, the 10-2 Vikings travel to the 5-7 Detroit Lions as underdogs.

Minnesota has lost just one game since week two and Kevin O’Connell has Kirk Cousins proving his doubters wrong week in and week out. Sure, it may be all thanks to star wide receiver Justin Jefferson who seemingly catches everything thrown his way – but Cousins is playing consistent football for the first time in his career.

As for the Lions, they’ve won three of their last four after a 1-6 start – with the only loss being a 3-point heartbreaker to the AFC-leading Buffalo Bills. Jamaal Williams leads the NFL in touchdowns, Jared Goff hasn’t thrown an interception since November 6th, and Amon-Ra St. Brown is the best wide receiver the franchise has had since Calvin Johnson. Everything is looking up right now in Detroit.

Unfortunately for the Lions, I think these newfound winning ways will come to an end on Sunday. It’s a 1pm kickoff, so Kirk Cousins will undoubtedly shine, and all of these W’s will become too much for Dan Campbell this weekend.

Don’t overthink it. Minnesota is the better team, and they’ll win this game.

Here’s another in-division matchup to watch this weekend as the NFC-leading Eagles will travel to the Meadowlands to take on the Saquon Barkley-led Giants.

Philly’s only loss was a Thursday night anomaly to the Commanders, and outside of that, they’ve been completely dominant. Jalen Hurts is second in MVP odds at BetOnline.ag at +175, but frankly should probably be first. He’s thrown for 2,940 yards and 20 TDs with just three interceptions, and has also added 609 yards and 9 TDs on the ground. Have I mentioned they’re 11-1?

Meanwhile, the Giants are 7-5-1 and are coming off an unforgiving tie with the Commanders. I mention above that they’re Saquon Barkley-led, but the fifth-year RB is questionable for Sunday with a neck injury. It won’t be great for them if they need to rely on Daniel Jones.

Same thing goes with this game – don’t overthink it. Philadephia has something to prove this season, and the Giants are still probably still a year and a quarterback away.

The Eagles run up the score and nearly hit the total on their own.

Tom Brady vs. Brock Purdy is exactly what we were looking forward to this weekend, right?

Not exactly, but the 49ers cam seemingly win with anyone as the 7th round, final draft pick of the 2022 draft was able to bring San Francisco across the finish line last weekend.

The Buccaneers had themselves a thriller as well. They trailed the Saints 16-3 with just over three minutes to go on Monday night, and Tom Brady did it again. He led Tampa Bay on two consecutive touchdown drives and squeaked out a 17-16 win.

Now Brady returns home to the Bay Area seemingly out for blood – and that’s exactly what he’s going to get. It’ll be close because the rest of his team stinks, but there’s just no way Tom Brady loses to Brock Purdy.

Bucs win outright and the gam goes just over 37 points.