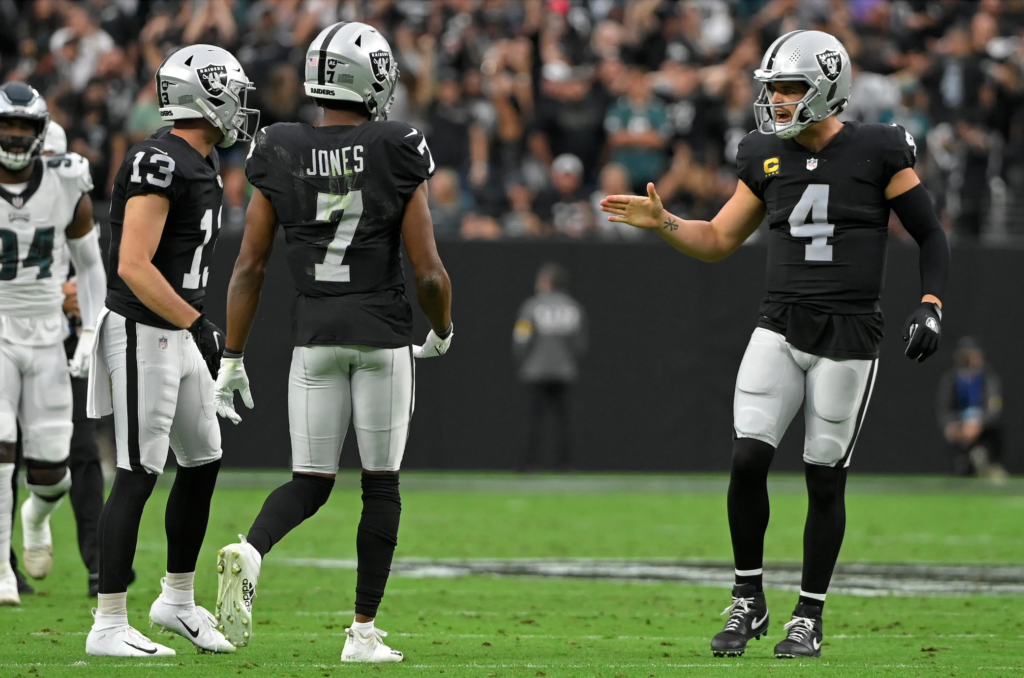 Week 18. Man, it’s been a year. I don’t like to get serious a lot, but my first year covering the NFL for CLNS Media has been nothing short of amazing, and it’s thanks to you all who read my stuff every single week. I appreciate all of the kind words and banter, and I’m fired up to keep it going through the playoffs and get the creative juices flowing this off-season.

Anyway – for the last time in the 2021-2022 regular season, here are my three games to watch in the NFL on Sunday, with preview and predictions courtesy of BetOnline.ag:

This game will be all over Patriots fans’ radar on Sunday, and it’s the main reason why it’s on my games to watch list. If New England beats Miami and Buffalo somehow loses to the Jets, the Pats win the AFC East.

It’ll be a tall task, as the Jets are 4-12 and have only two wins since Halloween (against the Texans and Jaguars). Robert Saleh does seem to have the team tied together, and they’re giving it their all even as their rough season winds down.

After dropping three in a row in early December, the Bills have now won three straight and seem to have their season back on track. Josh Allen seems to be reverting back to his old ways, however. Despite beating Atlanta 29-15 last week, Allen completed less than 50% of his passes and threw three interceptions. He’ll have to clean this up if the Bills want to get revenge from last year’s AFC Championship.

Though a Jets win would be nice, it’s a pipe dream. They couldn’t close out the Buccaneers last week after having a 24-10 fourth-quarter lead, and I don’t see them dialing up that kind of performance for a second week in a row.

Zach Wilson has shown flashes of brilliance this season and may get the Jets a cover, but the Bills will close out the season with a win.

Before the season, I predicted that the entire NFC West would make the postseason. This, unfortunately, was ruined by Russell Wilson and his finger – as Seattle crashed and burned after the QB’s injury.

However, Arizona and LA have already locked themselves into the playoffs, and San Francisco can get themselves in with a win. Their starting quarterback, Jimmy Garoppolo, is dealing with a torn ligament in his throwing hand and remains questionable for Sunday. This would spring rookie Trey Lance into the starting job for the second week in a row. Lance played well for San Fran last week, throwing for 249 yards and 2 TD’s in their win against Houston.

The Rams are 12-4 and currently the second seed in the NFC playoffs. Cooper Kupp (+3300 odds to win NFL MVP according to BetOnline.ag), has been the best receiver in the NFL this season by far. Here’s what I said about Kupp in my NFL MVP rankings article earlier this week:

To be fair to Calvin Johnson, Kupp has an extra game to do it, but that shouldn’t take away from the dominant season that he’s had. He’s on pace to finish just shy of 2,000 yards receiving, and has been the ultimate security blanket for Stafford.

The Rams are locked into playoffs and San Francisco is not. It’s as simple as that. The 49ers have more to play for. I think they get it done in LA and get themselves into the postseason.

If things go according to plan (meaning the Colts beat the Jaguars), Sunday night’s matchup between the Chargers and Raiders turns into a playoff game. The winner will become the seventh seed in the AFC.

What makes this interesting, however, is that if Jacksonville beats Indianapolis – both the Chargers and Raiders would get in if they tied on Sunday night. As much as I would love for this to happen, a de facto playoff game called by Al Michaels and Cris Collinsworth would be far more entertaining.

The Chargers lost two straight to Kansas City and Houston before righting the ship last weekend against Denver. They’ve been very pedestrian since starting the season 4-2, but they’re young and I like the direction coach Brandon Staley has them headed.

Las Vegas can’t get out of their own way this season, yet they are still 9-7 and vying for a playoff spot. Derek Carr continues to not get the recognition he deserves, and GM Mike Mayock would be crazy to not continue to build around him.

I’ve been big on the LA Chargers all year. Justin Herbert is an absolute stud and is going to be a great quarterback in this league for a long time.

Despite this, the Raiders and the NFL community as a whole suffered a monumental loss last week with the passing of former coach, broadcaster, and video game pioneer John Madden. I think they’ll be playing for him this weekend. For Madden! Raiders win and get themselves a playoff spot.

Click HERE to read my Patriots vs. Dolphins Preview