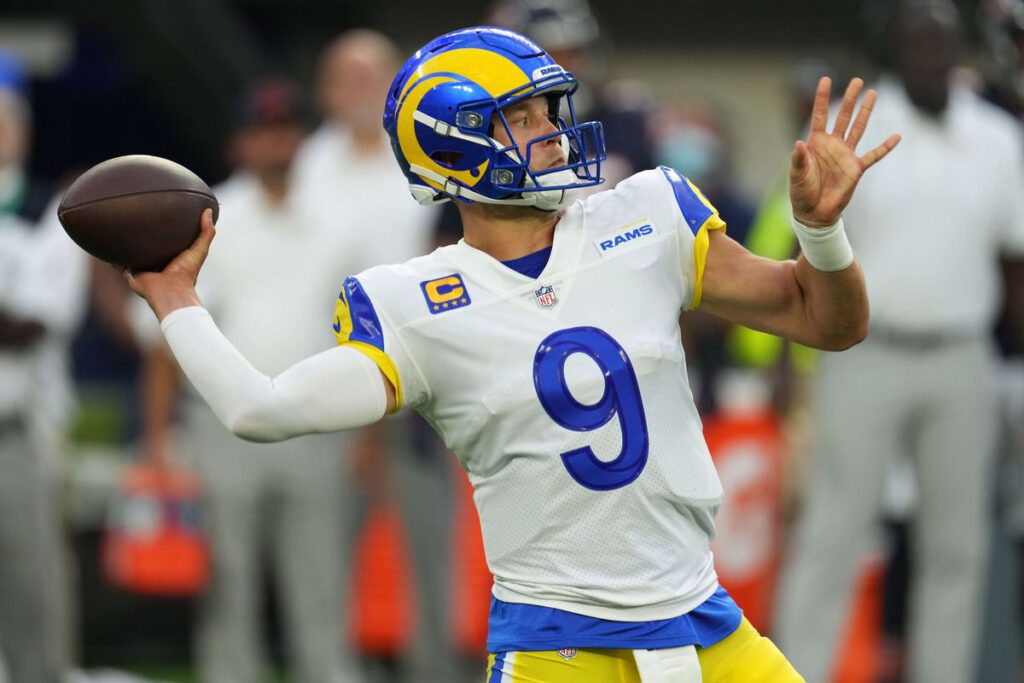 The first NFL Sunday was nothing short of sensational. We have the Texans winning the AFC South, Aaron Rodgers looking like he’s never played football in his life, and Derrick Henry proving the running back shelf life rumors to be true.

Now surely all of these things will hold true throughout the entirety of the season. Early happenings always stay true in the long run (see Jaguars 2020 week one).

Thank you for indulging in my humor and sarcasm. Here are some games I love for next week, followed by the rest of the lines for week 2 from BetOnline.ag.

Matt Stafford looked like an MVP candidate on Sunday night. He spread the ball to his wide receivers and his defense looked stout, even if it was just against the Bears. This team already looks to have much more confidence with Stafford at the helm instead of Jared Goff.

The Colts, despite not being able to get into a rhythm against Seattle, might have found what they’re looking for in Carson Wentz. Wentz was never going to work in Philly after Foles’ Super Bowl win, and getting a change of scenery with his former offensive coordinator Frank Reicht should do the trick.

The quarterback movement across the league has been incredibly interesting, and seeing these two face off against each other will be exciting to watch. I have a Super Bowl bet on the Rams at +1400, so they’ll have my rooting interest all season.

Kyle Shanahan is nothing short of crazy, as we’ve seen from the 49ers quarterback fiasco since draft day, but the guy can call an offense. San Francisco scored points yesterday with ease, behind both Garoppolo and Lance, and should continue to do so moving forward. They’re a running back factory and after losing starter Raheem Mostert, rookie Elijah Mitchell grabbed the reigns and ran for 104 yards on 19 carries.

As for the Eagles, Jalen Hurts played well last week. I’ve had my doubts about him but if Nick Sirianni can call their offense to his strengths, they’ll put up points as well. I’m curious to see where both of these teams go from here after two solid wins on Sunday.

Can you tell I love offense? Dak vs. Herbert on Sunday should be an electric matchup on Sunday. These teams both have firepower and the clear strength of these teams is their ability to score.

Dak played outstanding last Thursday. Losing Michael Gallup could hurt, but they used the tight ends against Tampa more than we’ve seen from them since Jason Witten retired. Offensive coordinator Kellen Moore will find a way for it to work.

Herbert also has sneaky good weapons. Keenan Allen someone continues to be the most underrated wide receiver in the NFL, and Mike Williams is awesome when he’s healthy. They also have a young Jaylen Guyton who Herbert gets the ball to, and rookie Josh Palmer had an impressive camp and should find himself a niche in the offense.