NFL Week One Games to Watch – Betting Previews and Predictions

The NFL's week one is filled with reunions and rematches. I outline a few of them here with a betting preview and prediction. 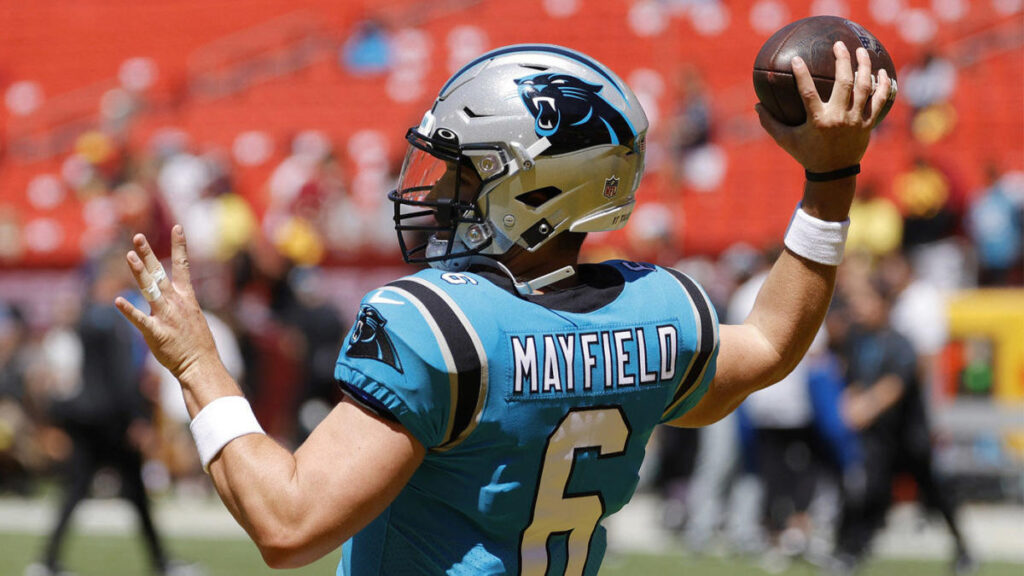 It’s here! We have 14 games lined up for this coming NFL Sunday, and we’ll have you covered all season long here on CLNSMedia.com.

After a long six months off, we got a great taste of the 2022 season when the Bills beat the Rams 31-10 on Thursday night. Now – it’s time for a full slate.

Here’s a look at my three games to watch for this coming Sunday, with odds brought to you by BetOnline.ag:

Unless you count Joe Flacco facing off against the Ravens, Browns vs. Panthers is the biggest reunion game on the slate for Sunday. Panthers quarterback Baker Mayfield will welcome his old team, the Cleveland Browns to town, in a matchup that should provide plenty of fireworks.

After the Browns essentially chased Mayfield out of town while trying to acquire Deshaun Watson, he requested a trade out of Cleveland. His ask was finally granted on July 6th. He was sent to Carolina, was named their starter on August 22nd, and named a team captain on September 8th. Mayfield took over the Panthers in just over two months time.

With Watson suspended for the first 11 games of the season and Jacoby Brissett at the helm for the foreseeable future, I think there’s going to be dark days in Cleveland for a long time.

Baker Mayfield has an attitude about him – he’ll bring that on Sunday. The Panthers win this one handily.

The Chiefs will travel to State Farm Stadium on Sunday to face off against the Cardinals, and will look to return there in February as well (Super Bowl LVII is in Arizona). They traded away QB Patrick Mahomes favorite weapon Tyreek Hill this offseason, and will rely on Juju Smith-Schuster and Marquez Valdez-Scantling to fill the role.

The Arizona Cardinals didn’t have a shy offseason either. They signed quarterback Kyler Murray to a huge contract extension – and made a subsequent PR blunder by adding the infamous “video game clause” to the deal. The clause stated that he was required to watch an extra four hours of film on his own time and was not allowed to play video games while doing so.

Arizona has since taken the clause out of the deal after how poorly it went over in the media.

This game is set up to be a barn burner… or is it?

With KC moving to a non-Tyreek Hill centric offense and the Cardinals missing their top receiver DeAndre Hopkins for the first six games, I don’t think we’ll see as many scores as you’d anticipate in this matchup.

The Chiefs will come away with the win, and the total goes under.

Tampa Bay was the center of the NFL this offseason. First of all – GOAT is back! After retiring for less than 40 days, Tom Brady is returning to Tampa Bay in an attempt to win a second Super Bowl in three years with the Buccaneers. On top of this, Chris Godwin is on his way back from a torn ACL, Rob Gronkowski and Bruce Arians retired, and Todd Bowles is now the head coach. I’m curious to see how they react to all of the turnover.

The Cowboys may have been the most quiet team this offseason. Besides trading Amari Cooper to the Browns for pennies on the dollar, everything in Dallas pretty much remained the same. Mike McCarthy still stinks, Zeke is still fat, and Dak Prescott still has a lot to prove.

Somehow, some way, we have given Tom Brady added motivation to be great. With rumors swirling about a divorce with Giesle, his master plan to end up as an owner of the Miami Dolphins, and thoughts of plastic surgery – Brady wants to shut us all up with his play.

He’ll do just that on Sunday night. Tampa wins, covers, and the total goes over.