The NFL Playoffs kickoff this weekend, and we have you covered thanks to BetOnline.ag. 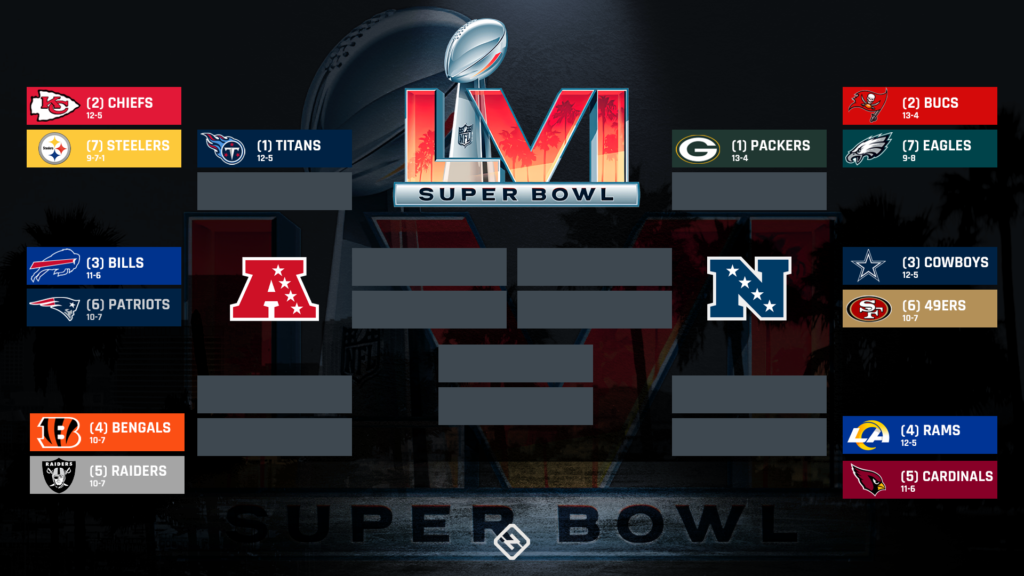 We made it folks – Wild Card Weekend. We have six incredible matchups to follow this weekend, and we have you covered for all of them here on CLNS Media.

Here are my game previews and predictions, with odds powered by our partners at BetOnline.ag:

Cincinnati is getting hot at just the right time, and it’s because of the four-headed monster they have on offense. Joe Burrow threw for 4,611 yards and 34 touchdowns after coming off of an ACL tear, Joe Mixon ran for 1,205 and 13 touchdowns, Ja’Marr Chase led the team in receiving and is BetOnline’s heavy favorite to win Offensive Rookie of the Year, and Tee Higgins broke 1,000 yards in his sophomore season. The Bengals have a bright future on offense.

The Raiders were literally the last team to get into the playoffs after squeezing by the Chargers on Sunday Night Football. They’ve had an up and down season – both on and off the field – and interim head coach Rich Bisaccia has handled it just about perfectly. He’s made chicken salad out of chicken *bleep* this season and deserves at least a shot at the Las Vegas coaching job next season.

I’m going to ride with the Raiders here. I like what Derek Carr brings to this team and although he hasn’t played in a playoff game yet in his career, he seems ready for it. Vegas wins as a dog and sends the Bengals packing.

The Eagles are in the playoffs? I didn’t see that coming this season, but after a 2-5 start, Nick Sirianni rallied the troops and got the Birds the NFC’s 7-seed. Quarterback Jalen Hurts led the team in both passing and rushing and although getting flack from the majority of football pundits and fans (myself included), he actually impressed this season and earned himself at least a shot Philly’s QB job moving forward.

Playoff time is Brady time. The GOAT continues to roll and gets some revenge over the Eagles.

We all know that Dallas has the best offense in football, but their defense is what impressed me this season. Linebacker Micah Parsons is going to take home the Defensive Rookie of the Year award in a runaway, and he even has a case for Defensive Player of the year. Cornerback Trevon Diggs also had an impressive season, leading the league with 11 interceptions. Coordinator Dan Quinn is sure to get some bites as a head coaching candidate again.

San Francisco is streaking at the right time, having won four out of their last five games heading into this weekend. Jimmy Garoppolo has once again held his own this season and it makes me further wonder what Lynch and Shanahan were doing this offseason with the whole trade up for Trey Lance saga. You’re a win-now team, build around the vet.

There’s just something I love about Jimmy G in crunch time. San Fran is going to keep rolling. Give me them on the moneyline.

Ben Roethlisberger made waves this week, telling reporters, “We don’t have a chance, so let’s just go in and have fun.” Surely he doesn’t believe this and is trying to get Pittsburgh fired up, but it didn’t come off right. The Steelers squeezed into the playoffs right at the very end, and should be working with confidence – not snark.

—Ben Roethlisberger on the Steelers' playoff game vs. the Chiefs

Kansas City got shellshocked several times at the beginning of the season – but is full steam ahead heading into January. They’ve won nine out of their last ten and are second only to Green Bay (+350) to win the Super Bowl favorites according to BetOnline.ag with (+450) odds.