The Patriots are back in the playoffs for the first time since 2020. Can they make some noise? 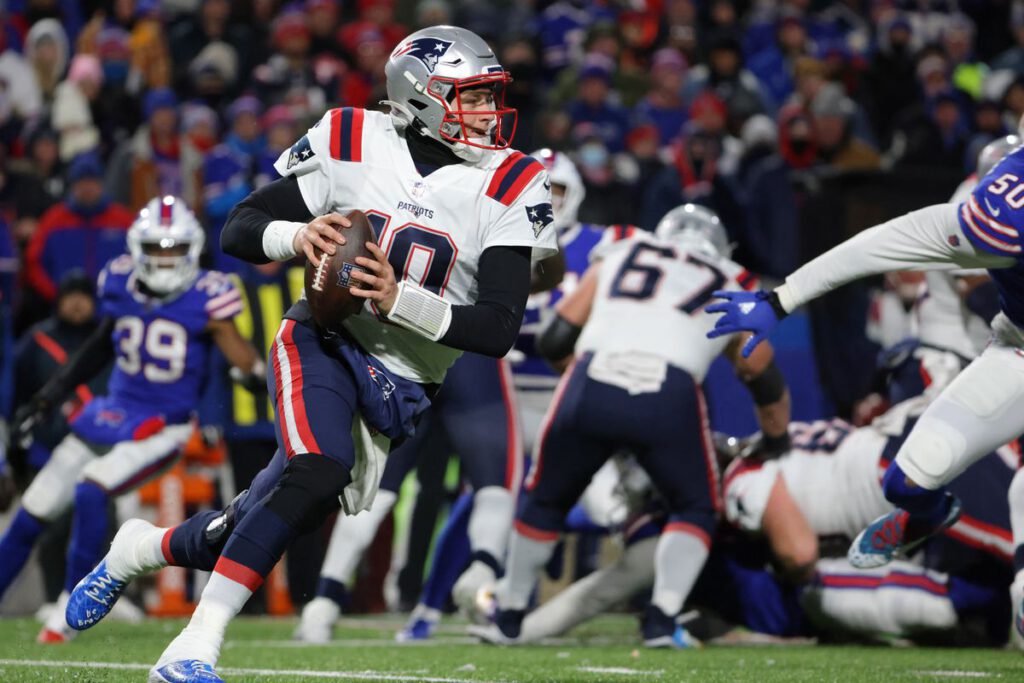 The last time the Patriots played in a playoff game feels like forever ago. It was January 0f 2020, Coronavirus was just a meme, and Tom Brady was still the quarterback of the New England Patriots.

But they’re finally back – two long years later. The Pats are headed to Buffalo to take on the Bills. The game will kickoff at 8:15pm with Ian Eagle and Charles Davis on the call for CBS.

These teams split in the regular season, each losing at home. Since their first game in week 13 at Orchard Park, they have gone in completely opposite directions. Earlier this week I wrote about how newcomer Matthew Judon has fallen off, and how these teams have played since their early-December matchup:

Lately, though – Judon has fallen off the face of the earth in this Patriots scheme, and it has drastically hurt their production. Since New England’s week 13 win in Buffalo, here’s a look at how the two teams have fared:

Keep in mind, the Patriots 30.3 PPG is inflated due to the 50-10 spanking they put on the Jaguars.

The Bills have been hitting on all cylinders since the loss to the Patriots. They’ve scored 27 or more points in five straight games, and the defense looks as stout as they did early on in the season when they pitched two shutouts in their first four games.

As for the Patriots, the Jaguars game two weeks ago looked like a great tune up game for them. Mac Jones played well, the defense got after Trevor Lawrence, and they seemed to have gotten their mojo back.

That was of course until they had to take the trek down to Miami, where they are now 2-7 in their last nine games. New England finished 1-3, and looked like a completely different team from their seven game win streak.

So it’s back to the drawing board for New England. Will the playoffs get this team going? Can they get their momentum going again? CLNS Media Patriots beat reporter Evan Lazar and 98.5 The Sports Hub’s Alex Barth’s  discussed what Patriots team they think will show up on Saturday night on the Patriots Beat Podcast HERE:

The Patriots have a lengthy injury report heading into Saturday night. As of Thursday, no one has been listed as out yet – but David Andrews, Christian Barmore, Jamie Collins, Cody Davis, Kyle Dugger, Nick Folk, Lawrence Guy, Damien Harris, Dont’a Hightower, Brandon King, and Jakobi Meyers are all listed as questionable.

The #Patriots haven’t ruled anyone out yet for Saturday night. They listed 13 players as questionable, including Isaiah Wynn (hip/ankle) and Kyle Dugger (hand). Wynn didn’t practice all week. Dugger was limited again on Thursday. pic.twitter.com/NamLs0ma53

The Bills are much healthier. According to @TheBillsWire on Twitter, no one is listed as out and no one is questionable. Wide receiver Emmanuel Sanders (knee) and defensive end Efe Obada (ankle) are expected to play after sitting out week 18.

Sorry Patriots fans, but I think it ends here. Buffalo is red hot and the Pats are ice cold. Until Mac Jones proves he can sling it in cold weather, I can’t bet him – especially in this spot. I hope he proves me wrong.

Here’s to hoping Mac works his tail off this offseason to get that much better, and the team gets him a go-to wide receiver in free agency or the draft.

Bills win by 7 in Orchard Park.