The Patriots are heading to Orchard Park on Monday night to take on the division rival Bills. 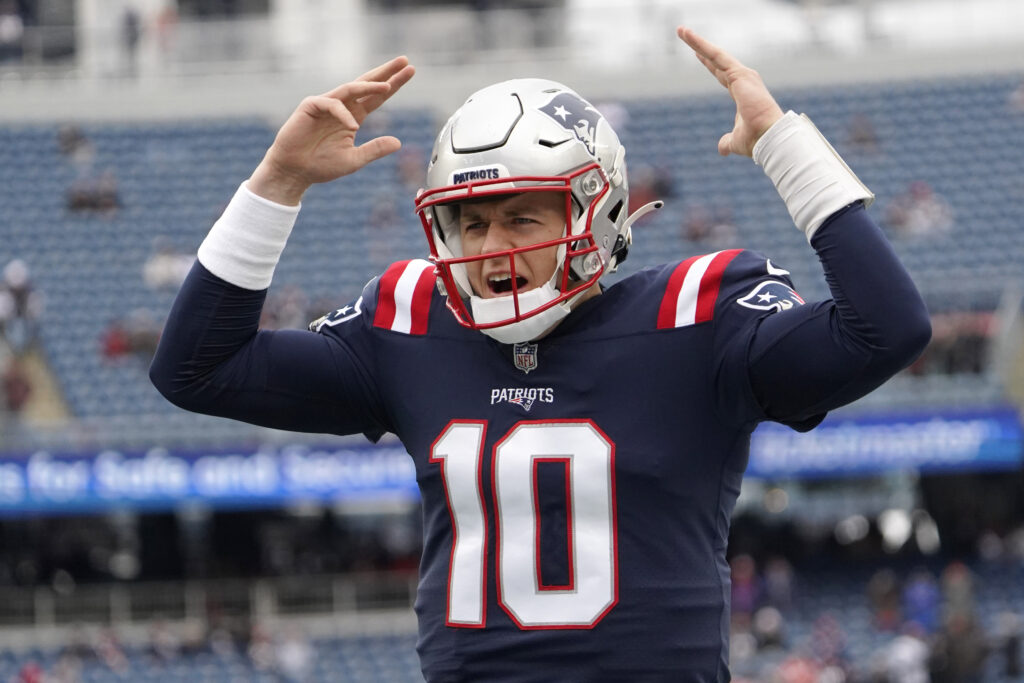 The Patriots took down the AFC’s one seed last weekend in a 36-13 route of the Titans. New England is now 8-4, have won their last six games, and sit a half-game ahead of the Bills in the AFC East. They’ll travel to New York this weekend to take on their division foe.

The game will kick off from Orchard Park’s Newmark Stadium at 8:15pm on Monday. Steve Levy, Louis Riddick, and Brian Griese will be on the call for ESPN’s Monday Night Football broadcast.

Here are the odds for Patriots/Bills, thanks to our exclusive wagering partner BetOnline.ag:

As I mentioned earlier in the week, this game is massive for both New England and Buffalo. Here’s a segment from my article, AFC East Championship Game? Patriots Travel to Buffalo with Massive Playoff Implications:

At this juncture of the season, this game could be considered the de facto AFC East Championship. According to FiveThirtyEight, whoever wins Monday night’s game has at least a 75% chance of running away with the division.

Currently, the Bills are the favorite in the clubhouse with (-125) odds to win the division. The Patriots are just beneath them at (-105). Clearly, this game on Monday is massive for both teams.

There’s a potential for weather to be a factor in the game as well. With a projected wind chill of 11 degrees for Monday night, this will be quite the test to see if Mac Jones can be as good as Tom Brady was as a warm weather kid in the northeast.

The #Patriots currently have (-105) odds to win the division according to @betonline_ag. @mikekadlick tells you why Monday night is so important for New England: https://t.co/lAnDS16Gcz

The Bills have been incredibly hot and cold over the last month. They lost to the lowly Jaguars 9-6 and got smoked by the Colts 41-15 just two weeks ago. However they also beat down the Jets 45-17 and throttled the Saints 31-6 on Thanksgiving. They are a “hit or miss” team right now and if this trend continues, the Pats may get them on an off week.

The once renowned Josh Allen has been up and down as well this season. He has 27 total touchdowns, but has also turned the ball over 14 times. He doesn’t look like the MVP candidate he was a year ago despite being second in the running at (+425) according to BetOnline.

While the Patriots have stayed relatively healthy all season, they do have some guys banged up. David Andrews, Christian Barmore, Ja’Whaun Bentley, Brandon Bolden, Trent Brown, Nick Folk, Dont’a Hightower Olszewski were all listed as limited practice participants on Thursday.

Important note: Kyle Dugger is on COVID-19/reserve so he won't be listed on the injury report. He wasn't at practice on Thursday. #Patriots

Safety Kyle Dugger is on the COVID-19/Reserve list after testing positive for the virus this week. His status for Monday still remains up in the air.

The Bills lost star cornerback Tre’Davious White for the season after he tore his ACL on Thanksgiving against the Saints. Outside of that however, Buffalo has remained relatively healthy as well.

Nothing major on the injury report for the #Bills either. WR Cole Beasley got a veterans day off and FB Reggie Gilliam missed practice with an ankle injury.

Defensive tackle Star Lotuleilei and lineback Matt Milano were limited in practice on Thursday, but should be able to suit up by Monday.

This game is the ultimate litmus test for the Patriots. They’re heading to a cold and hostile environment, in a primetime divisional game, with a rookie quarterback. This will show you exactly the kind of football team you have in New England.

I ultimately think they’ll pass the test. This team is hot and they’ll stay that way. Mac Jones has it, and he’ll show the entire country that on Monday night. The Patriots win a tight one on the road and take a dominant lead in the AFC East.