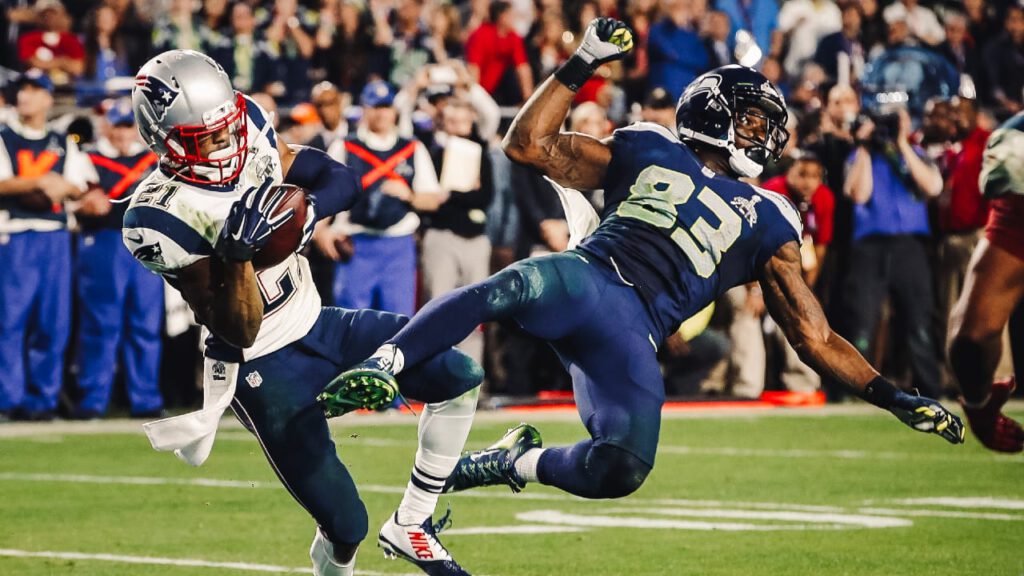 After losing pro bowl cornerback JC Jackson the Patriots secondary is in major need or reinforcements. Which is why on Monday the Patriots held a tryout for a familiar, yet unexpected face. Former Pats cornerback and Super Bowl XLIX hero Malcolm Butler.

Butler played four very eventful seasons in New England. He was an un-drafted free agent in 2018. Later that season Butler made arguably the greatest play in Super Bowl history, intercepting Russell Wilson at the goal line late in the 4th quarter to seal a Patriots victory.

Four years later Butler left New England after a surprise benching in the Patriots’ loss to the Eagles in Super Bowl LII.

Butler played 3 seasons for the Tennessee Titans. Last year he signed a one year deal with Arizona but unexpectedly retired before the season started.

At 32 Butler is now attempting a comeback. He has also worked out a couple places with ties to his days as a Patriot. In Las Vegas with head coach Josh McDaniels and in Houston for GM Nick Caserio.

The Patriots also kicked the tired on running back Leonard Fournette who came in for a visit on Monday. Soon after working out with New England Fournette re-signed with the Tampa Bay Buccaneers on a reported 3-year $21 million deal.

The Patriots are already well stocked at the running back position with Damien Harris, Rhamondre Stevenson, James White and Ty Montgomery already in the fold. That being said, Fournette’s visit could signify that the Patriots are looking beyond this season when Harris’ rookie contract will be up. As it stands, as good as Harris has been, Stevenson showed in his rookie season he is every bit as capable as a runner while also doing a good job catching passes out of the backfield.

Dobbs, 27, entered the league with the Pittsburgh Steelers in the fourth round of the 2017 draft at No. 135 overall. The Tennessee product and Reese’s Senior Bowl participant has also been a member of the Jacksonville Jaguars.