The Patriots are the top dogs in the AFC after Monday night's win. 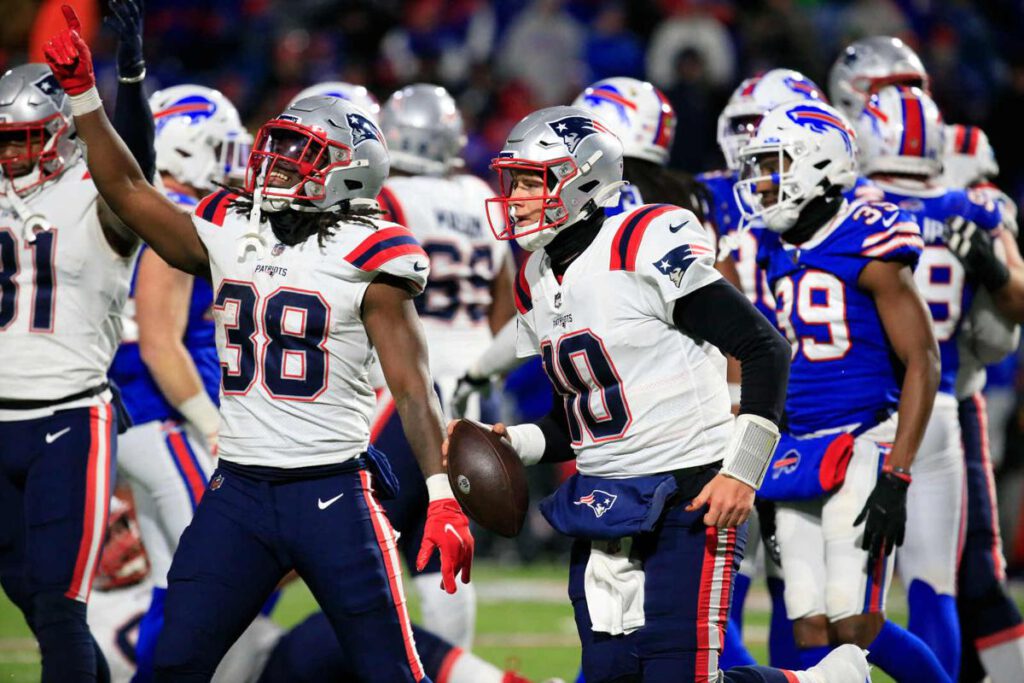 In what will go down as one of the more interesting football games in modern NFL history, the Patriots beat the Bills on Monday night by a score of 14-10. It was cold, it was windy, and it was sloppy – but New England was able to gut out the win.

The Patriots lone touchdown of the game came in the first quarter on a 64-yard scamper from Damien Harris. Quarterback Mac Jones only attempted three passes, completing two of them for 19 yards. This lack of a passing game proved to not matter as the Pats ball carriers combined for 222 yards on 46 carries.

New England took full control of the AFC’s #1 seed last night and according to BetOnline.ag, are now co-favorites with the Kansas City Chiefs to represent the AFC in Super Bowl LVI. Here is the top five:

They are also tied for the second highest odds to win the Super Bowl at (+650). Here’s BetOnline’s top five to win the big game:

Monday night’s win also cemented the Patriots as the favorites to win the AFC East. They are (-250) to win the division, followed by Buffalo at (+175) and the Dolphins at (+15000). The Jets are off the board.

Check out our Patriots Postgame Show from Monday night with John Zannis and Evan Lazar:

This team showed last night that they’re here to stay. They’ve won seven games in a row, and are the first team in the AFC to get to nine wins. They also have the best in-conference record in the NFL at 7-1, which will be incredibly important for playoff seeding down the stretch.

New England now heads into a much needed bye week before finishing off the season against the Colts, Bills, Jaguars, and Dolphins. With the AFC standings in the shape that they’re in right now, each of these games remain incredibly important. If they keep playing this type of football, they’ll have a real shot at competing for a Super Bowl.

The Patriots head to Indianapolis on December 18th for a Saturday night primetime matchup against the Colts. We’ll have you covered with sports betting and NFL news leading up to this game, as well as all throughout the bye week here on CLNS Media.