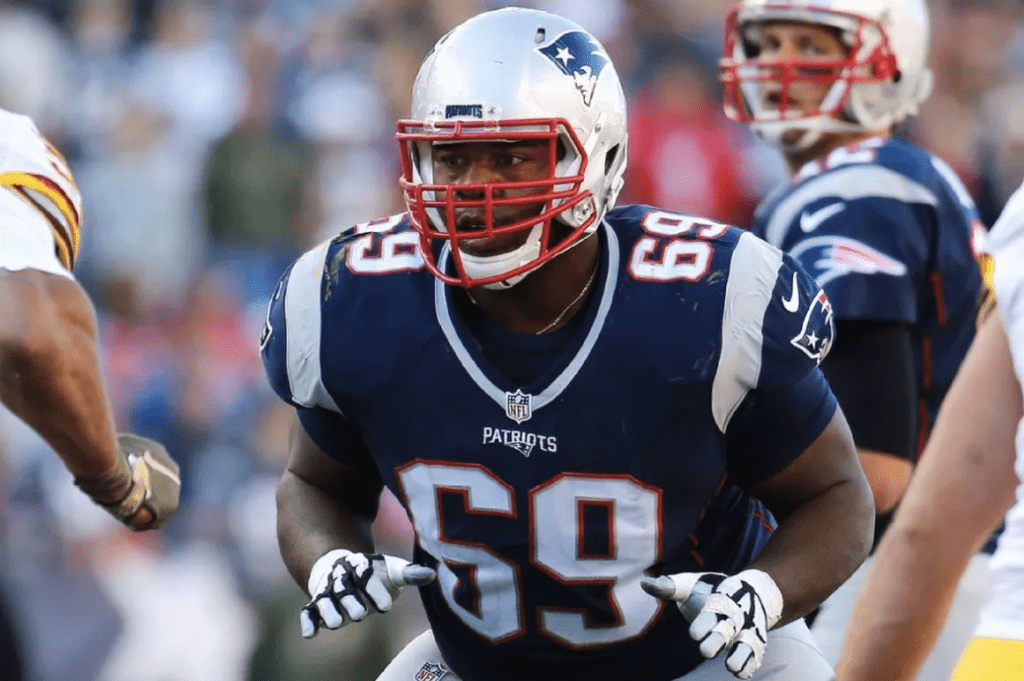 FOXBORO — While many are still obsessed over Alex Guerrero and his role on the Patriots, the team is busy making sure their real priorities are in place.

And while keeping Tom Brady happy and content is certainly important, keeping him upright and in one piece is just as, if not more, important to the prospects for another run to a Super Bowl.

The Patriots addressed that area on Monday when they came to terms on a five-year, $50 million extension with right guard Shaq Mason.

This was a deal that had to happen before the season as he was entering the final year of his rookie deal. Adding to the urgency was the signing of Cowboys guard Zack Martin in the offseason to a 6-year, $84 million contract.

According to Herbie Teope and Mike Garafolo of the NFL Network, the deal will pay out nearly $30 million in the first three years of the extension and guarantees Mason $23.5 million.

While not known for his pass protection during his time in the power run-heavy Georgia Tech program, Mason is still considered one of the best run blocking and pull guards in the NFL, and has improved his pass protection skills (though Patriots fans might recall what happened in Super Bowl LII when Brandon Graham beat him on the strip sack of Brady late in the game).

“Shaq’s done a good job for us from the time he got here,” Belichick said before practice Monday. “He came from an offense that was quite different from ours and he adapted quickly and did a real good job of learning new techniques. He’s an athletic player that has good strength, good balance, an excellent run blocker, can pull, run and hit.

“He’s gotten better each year and he’s done a good job for us. He and Joe [Thuney] and David [Andrews] – those three guys have played a lot of football together and they’re young. Hopefully they can continue to play a lot for us in there.”

The getting better part is what the Patriots are obviously banking on here. Yes, Mason isn’t perfect in pass protection but he’s still far better in that category than he was when he came to the Patriots as a fourth-round pick in 2015. Bigger picture, looking at the interior line the Patriots now have Mason at right guard, Joe Thuney (2016) at left guard and David Andrews (2015) at center.

The traditional thinking was that the Patriots were not going to be able to afford both Mason and Trent Brown (in the final year of his deal paying $1.9 million) in 2019. How does that change now with Mason coming to terms and Isaiah Wynn down for the year with a torn Achilles? Who knows. It does appear that the Patriots liked what they saw from Mason in his first three seasons to offer him this extension.

Mason appeared in 14 games with 10 starts for the Patriots as a rookie. He then broke his hand during the 2016 preseason and did not start in the season opener against the Cardinals but split time at right guard with rookie Ted Karras. Since then, the 24-year-old has started every game at right guard. He may not have All-Pro honors yet but he has appeared in two straight Super Bowls and has lots of experience in pressure situations, as teams have schemed and schemed to try and get to Brady.

If the Patriots are going to extend the effective football lifespan of Tom Brady, they know they need to be able to run the ball with authority and Mason is obviously a big part of that, with his traditional power game straight ahead and his ability to pull and run to seal a gap on the left side.

The Patriots have traditionally been susceptible to the bull rush up the middle over center. Belichick and Nick Caserio have made the decision that they would rather have the reliable than the spectacular in the middle of the offensive line.

“It’s certainly improved like it would for any player over a period of time, but he got it pretty quickly, adjusted quickly,” Belichick noted. “Again, he’s got good power. He’s quick. He runs well. He has the qualities to be able to do that. It was just refining the techniques a little bit and he did that relatively quickly and played a lot of football for us as a rookie.”

“Look, we’re not going to get into our staff responsibilities and all of that,” Belichick added. “I mean, we’d be here for a week talking about that, so we’re not getting into that.”

Tom Brady’s Return To Foxboro Will Be An Emotional One