For a guy who can't draft, Bill Belichick has brought in several quality players over the last two offseasons. 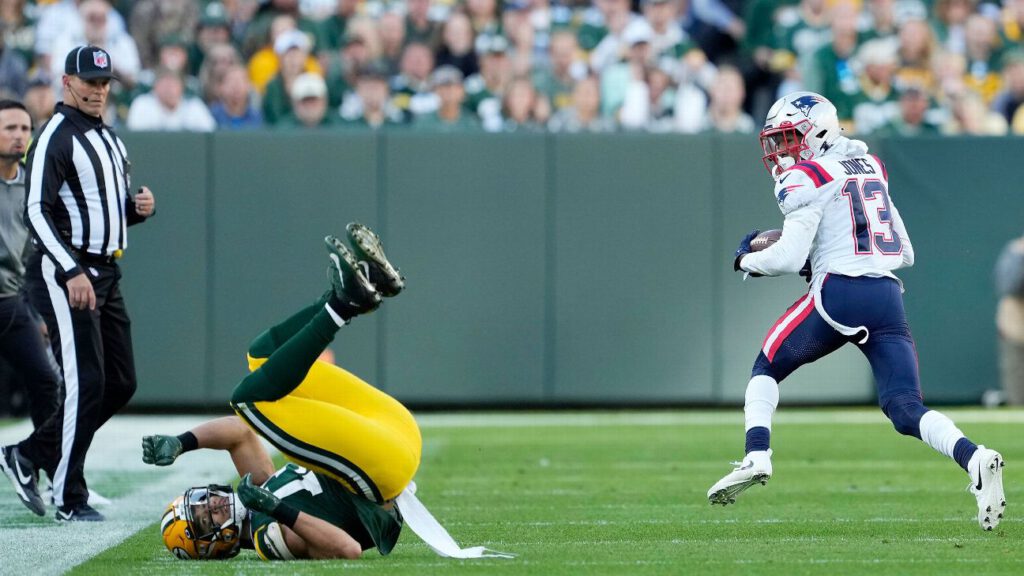 The Patriots lost a heart breaker in overtime on Sunday afternoon, as they were defeated by the Packers 27-24. They fell to 1-3, are alone in last place in the AFC East, and are still awaiting more news on QB Mac Jones’ ankle injury.

Despite all of the negatives, there are plenty of positives to takeaway from yesterday. They played hard, they displayed grit, and they showed that on any given Sunday, they can compete against top teams in the NFL.

They also showed that their front office has drastically improved their drafting capabilities in recent years. Here’s a look at the team’s last several high-round picks – and the impact they’ve had in their first few seasons:

Say what you want about Mac Jones’ skillset – the Patriots have a franchise quarterback in him. Jones went 10-7 during his rookie campaign, and was off to a decent(?) start in 2022 before spraining his ankle last week.

With the solid performance from Bailey Zappe yesterday (which we’ll get to), there’s some clamoring that Jones could be replaceable. This is nonsense – the Pats have their guy in Mac.

Barmore fell to the Patriots in the beginning of the second round last offseason, and Belichick & Co. correctly pounced on it.

The defensive tackle from Alabama has been nothing but dominant over his first two NFL seasons stopping the run. The A+ draft pick is well on his way to being a perennial Pro Bowler.

At the time, I didn’t understand why New England was drafting another running back, and now I can’t picture the Patriots without him.

Rhamondre Stevenson has been a perfect 1B back in this run-heavy system, and perfectly compliments Damien Harris’ game.

Plus, you know the Pats aren’t going to pay an RB big money on a second contract, so it’s likely that Stevenson takes over the load for Harris in 2023. A 4th round steal.

Another draft pick where, at the time, I was pulling my hair out. “A FIRST ROUND GUARD?! ARE YOU F—ING KIDDING ME?!” is probably what came outta of my mouth.

However, Cole Strange has been a stud. I still don’t know if I liked taking him that early, but he’s been an outstanding addition to the Patriots offensive line. Frankly, he already looks like a top 10 guard.

I know what you’re going to say. And you’re right. Tyquan Thornton has yet to play in an NFL game.

I don’t care. The kid’s going to be a stud. He was a STAR in camp before a collarbone injury sent him to IR. I’m not sure where he is in his rehab process yet, but he’s officially eligible to return to practice, and I can’t wait to see what they do with him.

It’s looking like Marcus Jones is going to the Patriots longterm answer and kick and punt return. He was awesome yesterday in Green Bay, and showed that he’ll be able to stick around with his special teams skills.

Jack Jones was a beast yesterday. The rookie out of Arizona State got the start at cornerback with CB1 Jalen Mills out – and he was awesome.

Jones had five tackles, a pass deflection, forced and recovered a fumble, and had a 40-yard interception return off of Aaron Rodgers. It was an outstanding first start and showed how great the kid can be with added reps.

Yup, that’s right! Bailey Zappe makes the list. The fourth round quarterback made his NFL debut on Sunday in Green Bay and showed that he’s a serviceable backup.

The Houston Baptist/WKU alum went 10-15 for 99 yards passing and a touchdown, and played really well for the circumstances. I think if he was given more opportunities to throw, that the Pats could have actually gotten a win.

For a front office that has been reprimanded by Patriots Nation for their poor drafts over the last decade, Bill Belichick has brought in some really solid talent over the last two years.

Now? It’s time to put it all together and get some tallies in the W column in 2022.