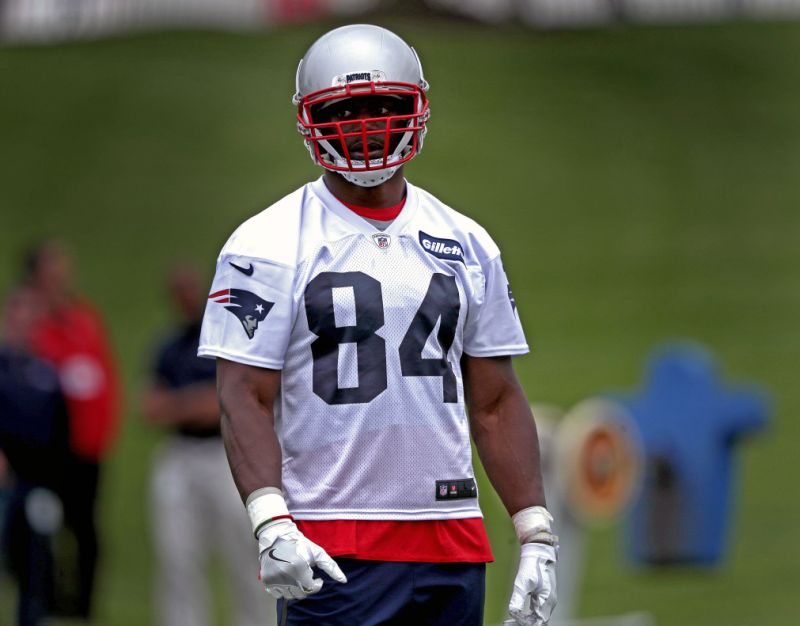 This is part three of a position by position roster preview ahead of Patriots training camp.

Watson – among players with at least 35 targets last season, Watson ranked third with 68 percent of his targets resulting in a successful play for the offense (source: Sports Info Solutions). Watson is a professional blocker and moved well during the Pats’ three-day minicamp in June. The veteran mentioned that he has a lot of new stuff to learn with new packages and changes in verbiage since his last stint in New England ended in 2009, but he’s the Patriots’ best option at tight end in the passing game once he returns from a four-game suspension.

LaCosse – the Patriots are Matt LaCosse’s fourth NFL team in four seasons in the league. He has 27 catches for 272 yards and one touchdown in his career, most of which came last season in Denver (24 catches, 250 yards, one touchdown). Those numbers don’t offer up much excitement, but the skinny on LaCosse is that he’s a big target that looks comfortable as a receiver. He’s got speed to carry a seam route and natural hands to pluck the ball out of the air. LaCosse was shaky as a blocker in Denver despite having an ideal frame to hold up as an in-line tight end, which means he could improve in that regard. He has some upside as a pass catcher, but expectations should be low.

Anderson – Anderson spent most of last season on the Patriots’ practice squad. Unlike Watson and LaCosse, Anderson is more of a jumbo wide receiver than an in-line tight end, although he did say he was trying to bulk up this offseason to handle more blocking duties. Anderson ran most of his routes out of the slot in minicamp offering up a similar skillset to Jacob Hollister. The third-year pro is squarely on the bubble, but the lack of depth at tight end gives him a chance to compete for a roster spot.

Izzo – another redshirt rookie for the Patriots, Izzo was a seventh-round pick in the 2018 draft. Primarily a blocking tight end, Izzo was a fantastic run blocker at Florida State. If he can give the Pats anything as a receiver, he could be a Dwayne Allen type moving forward.

Beck – similar to Izzo, Beck is another blocking specialist that’s built more like a fullback than a tight end. He ran a 4.63 in the 40-yard dash at his Pro Day, showing off more athletic upside than expected based on his tape. With that speed at 250 pounds, Beck could blossom into a better receiver, giving him a chance to keep the 18-year UDFA streak going for the Patriots.

Biggest question: can anyone give the Patriots something in the passing game?

On paper, this group is very underwhelming with little NFL production to speak of behind Watson. After punting on the position in the draft, it appears that the plan is to devalue the tight end post-Gronk, at least for now, and spread those targets out to N’Keal Harry and whoever emerges as the third wide receiver on the depth chart. If that is the case, any production they get from a tight end in the passing game will be gravy. Watson put up 35 catches for 400 yards in 16 games with the Saints a year ago, so the Patriots might need to live with that kind of pace from him this season.