Patriots Roster Reset: Rookie Tight Ends and the Return of the H-Back in New England 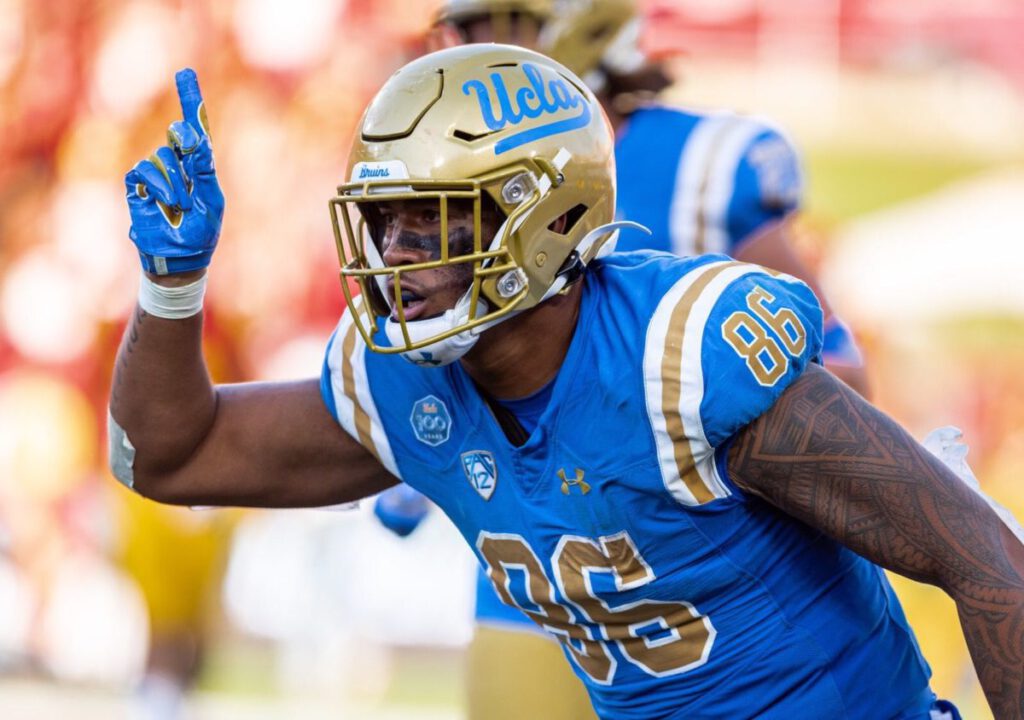 After several key departures over the last two offseasons, the Patriots are rebuilding their tight end and fullback depth chart.

With Rob Gronkowski a Buccaneer and no longer under contract in New England, Bill Belichick finally invested significant draft capital at tight end on rookies Devin Asiasi and Dalton Keene.

And after leading the way for Pats running backs over the last seven seasons, fullback James Develin retired after complications with a neck injury from last season.

The Patriots’ usage of tight ends probably won’t change much as the group will attack opponents between the numbers, up the seams, and block on the line of scrimmage.

But the selection of Keene and the addition of veteran fullback Dan Vitale in free agency suggests that we might see the return of the H-Back to the New England offense.

An H-Back plays off the line of scrimmage as a cross between a traditional in-line tight end and fullback. By playing off the line, the H-Back is free to move around the formation before the snap and is in a better position to execute certain blocks. The Patriots used an H-Back in the past with Aaron Hernandez, Patrick Pass, and Jermaine Wiggins in the earlier years of the dynasty.

Along with reintroducing an H-Back into the offense, the two new additions suggest that New England might want more receiving production from its fullbacks.

In his seven seasons, Develin was only targeted 45 times in the passing game with 31 career receptions, and the sledgehammer fullback never caught a regular-season touchdown.

Keene and Vitale didn’t see large target shares with their old teams. But both showed flashes to go along with terrific athletic profiles, suggesting they’ll be useful receivers out of the backfield.

New England can still get into their power rushing attack with a lead blocker, and we saw second-year fullback Jakob Johnson starting to pick things up in that role last season.

Below, we’ll reset the tight end and fullback depth charts with thoughts on all eight players currently on the roster at those positions:

LaCosse was the best of an underwhelming bunch of tight ends for the Patriots in 2019. The journeyman tight end is on his fifth team in four NFL seasons, which tells you everything. He had a few nice plays up the seam and was open a couple of other times but was outside the Brady circle of trust. LaCosse lacks fluidity to create separation on horizontal breaks making him mostly a linear receiver. He was capable of executing blocks on the backside of running plays or when aided by an offensive tackle on a combination block. However, trusting him to kick-out or move defenders off the ball at the point of attack is a losing proposition. LaCosse is the early-favorite to stick around if the Pats carry three tight ends. But the two rookies already passed him on the depth chart from this perspective.

#Patriots hit some big plays on play-action passes. Izzo 41-yarder was a result of man coverage gone wrong. #Jets sell out for the run. Jamal Adams is in man coverage against Izzo. He plays the run leaving Izzo uncovered. Great sell by Izzo to engage the DE and then release. pic.twitter.com/Dc3qso37Er

After sitting out his rookie season, it was clear from the start of training camp that Izzo was overpowered easily by pro linebackers and defensive ends. The 2018 seventh-round pick was a blocking tight end at Florida State who also took snaps in the backfield for the Seminoles. But he might not have the functional strength and power to hold up as a blocker in the NFL. The goal of Izzo’s redshirt rookie season was to get in the weight room and add strength to his frame, and although there were some improvements, he’s far from a people-mover on the line of scrimmage. This could be it for Izzo with the Patriots.

We’ve already written extensively about the Pats’ rookie tight end tandem here, but there’s always more to say. Asiasi was the best pass-catching tight end on the roster the second the Patriots drafted him in the third round. He’s got the fluidity and quickness to create separation while building up to a respectable speed, making him a problem up the seam and after the catch. Asiasi needs to improve his hand placement to strike with leverage at the point of attack to become a more effective in-line blocker. Blocking technique issues are common for young tight ends, though, and Asiasi has the footwork and functional strength part down. Asiasi might have a larger role in his first season since he’s the best the Pats have at the position. But rookie tight ends are usually eased into the system in their first year, so Asiasi could be predominantly a pass-catching threat while he fine-tunes his blocking issues.

Keene’s athleticism, versatility, and tenacity as a blocker are why the Pats traded up to select him at the end of the third round. But he’s in for a big transition from a very different scheme at Virginia Tech to New England. Keene will need to learn a more expansive downfield route tree to go along with different blocking alignments and angles. Still, his college tape shows a capable receiver and YAC machine that’s truly gifted as a ball carrier in the open field. There are a few technical issues with his blocking, such as ducking his head into contact, but he gives all-out effort with plenty of functional strength to develop into an impact run blocker. Plus, he can move around the formation, playing both in-line tight end, H-Back, and fullback. Keene might take some time to learn the Pats playbook’s nuances, but he has all the tools to blossom into a difference-maker in short order.

There were rumors that Berry might flip over to defense as an outside linebacker, something he did early on in his Ohio State career, but the Pats listed him as a tight end. Berry only had 17 career receptions for the Buckeyes as mostly a blocking tight end in their offense. He was effective in that role, especially in space, getting out in front of running plays as a lead blocker on the perimeter and doubling at the point of attack. Berry did have some impressive flashes after the catch as a receiver, and Ohio State is known to shy away from throwing to tight ends, so maybe there’s something hidden there. But he’ll likely compete as a blocking specialist and could get a shot at outside linebacker where he has enough speed-to-power and length to push the pocket.

The Boston College product is also a graduate of St. John’s Prep in Danvers, MA. Burt battled injuries in college, redshirting his sophomore year, but finished strong appearing in 11 games for the Eagles last season with 15 receptions, 212 yards, and a touchdown. Burt isn’t much of a pass-catcher, but he is a capable blocker, as are most BC tight ends, and was a significant part of a potent rushing attack in Chestnut Hill a year ago. The Boston College offense expects a lot out of their tight ends in the running game, and Burt was up to the task leading the way at the point of attack for his teammates.

Although it was only four games, Johnson was improving rapidly and solidifying himself as a legit option to replace James Develin at fullback. Johnson isn’t as powerful into his engagements as Develin and won’t knock defenders back quite the same. But he’s a little faster to the punch and more athletic to make blocks on the move. The Pats coaching staff was extremely impressed with Johnson’s ability to absorb information quickly and get up to speed in his rookie season. A fullback’s assignments are mostly straight forward, but things don’t always play out the same as they draw them up on the whiteboard. Johnson’s adaptability to post-snap movement by the defense was impressive for a young fullback.

We wrote about the Pats new fullback after the signing, but here’s a quick summary. Vitale was a hybrid fullback, H-Back, and tight end in a highly-successful collegiate career for Northwestern. The Wildcats called Vitale a “super-back” due to his versatility and athleticism, and he backed up those athletic gifts by testing in the 99th percentile at the 2016 combine. More pass-catcher than a bruising blocker, Vitale had 135 career receptions at Northwestern, and although his receiving production wasn’t great for the Packers, he made some impressive plays down the field when given a chance. Green Bay used Vitale mostly in the backfield at fullback and H-Back, but they occasionally put him on the line of scrimmage at tight end, in the slot, or even out wide as a coverage indicator. Vitale will need to compete with Johnson and, to an extent, Keene, for a roster spot, so it’ll be an uphill battle. Still, there’s a lot to like about his skillset.