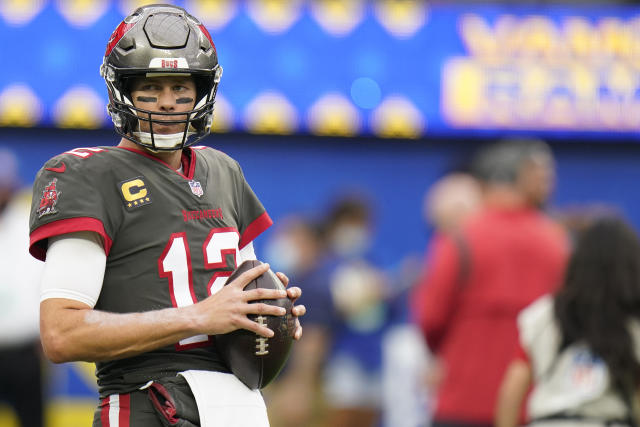 Well folks, it’s finally here. Week four. Patriots. Buccaneers. Sunday Night. It’s the game that the NFL world has been waiting for all season. Tom Brady, the greatest quarterback of all time, comes back to the place where he won six Super Bowls in 20 seasons.

The sportsbook, and exclusive wagering partner of CLNS Media, BetOnline.ag came out with their week four early lines on Sunday night, and the game has already moved a full point in Tampa Bay’s direction. Originally 5.5 point favorites, the Buccaneers are now 6.5 point favorites against the Patriots as of Monday afternoon. The total has stood still at 49.

The media is already in full force covering the Brady/Belichick break up. In fact, it seemed like the Brady camp already tried to get ahead of it last week. Tom Brady Sr. went on Tom Curran’s podcast and talked about his son’s departure from New England:

🗣️ @tomecurran talks with Tom Brady Sr. on the Patriots Talk Podcast about Tom’s return to New England, and how he feels about how his son’s departure went down

Long time trainer of Tom Brady and partner of TB12 Sports Alex Guerrero also had some comments about the Patriots and coach Belichick:

“The interesting thing I think there — and this is just me, an outsider looking in — it was like Bill never really . . . I think his emotions or feelings never evolved with age,” Guerrero told the Boston Herald. “I think in time, with Tom, as Tom got into his late 30s or early 40s, I think Bill was still trying to treat him like that 20-year-old kid that he drafted. And all the players, I think, realized Tom was different. He’s older, so he should be treated differently. And all the players, none of them would have cared that he was treated differently. I think that was such a Bill thing. He never evolved. So you can’t treat someone who’s in his 40s like they’re 20. It doesn’t work.”

During his weekly appearance on WEEI’s The Greg Hill Show, coach Belichick was asked if he wanted Tom Brady to re-sign with the Patriots. He told them, “I think we’ve been through all the dynamics of that…He looked at his options and made his decision. We weren’t as good an option as Tampa…It wasn’t a question of not wanting him, that’s for sure.”

Bill Belichick (to @TheGregHillShow): "Tom [Brady] and I had, I feel like a good relationship and a lot of production obviously while we were together. I enjoyed coaching Tom and he was a great player for us."

Coach Belichick also had his Monday morning press conference with the New England media following their 28-13 loss to the Saints on Sunday. He had an exchange with NBC Sports Boston’s Tom Curran, and Curran didn’t hold back:

Bill Belichick and @tomecurran have an exchange back and forth on Tom Brady… pic.twitter.com/Vcz7DAUTly

We have an absolutely OUTSTANDING week of content ahead of us for this Patriots vs. Buccaneers game. Make sure you keep it here on CLNSMedia.com, and get your bets in using BetOnline.ag.