New England welcomes the always gritty Detroit Lions to Foxboro this Sunday for a 1pm kickoff. 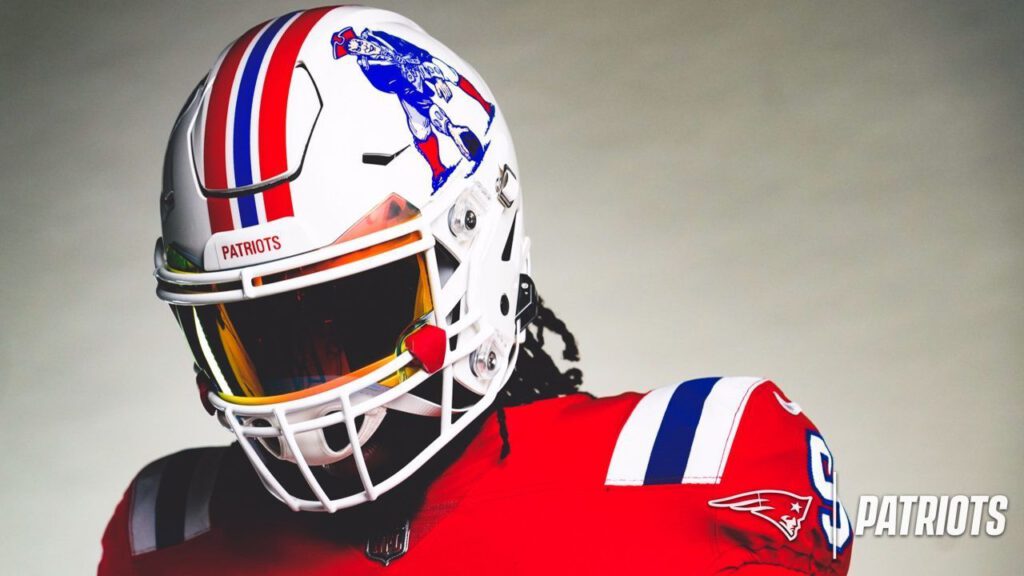 Throwback uniforms are BACK at Gillette Stadium! With the NFL changing their helmet rules back to unlimited shells, the Patriots will bring back their red uniforms and white helmets for a select number of times in 2022 – starting this Sunday against the Lions.

Sunday’s game will kickoff at 1pm and air on FOX with Kenny Albert and Jonathan Vilma on the call… quite the difference from having Jim Nantz and Tony Romo last week.

As always, our sponsors at BetOnline.ag have you covered with all of the best bets and odds for the NFL. Here are their odds for Sunday’s game in Foxboro:

The main storyline this week is – obviously – the uniforms. As you may have heard on the Patriots Beat Podcast last week, I am not a huge fan of these throwback New England uniforms. It’s a hot take, I know, but I’m just not that into them. I think the “Bledsoe Blues” with the flying Elvis on the sleeves are far superior.

Anyway – the Lions are in town this weekend to take on the Pats, sporting the leagues top offense and the leagues worst defense. Quite the tale of two units. Quarterback Jared Goff has done some career revitalization through four games thanks to several key skill plays including (but not limited to) Deandre Swift, Amon-Ra St. Brown, and TJ Hockenson.

Despite this electric offense, the Detroit defense is letting up 35.3 points per game. This is what the Pats need to pounce on, whether it’s Mac Jones or Bailey Zappe, they win this game by exploiting this wretched defense.

Speaking of Zappe! With both the signing of Garrett Gilbert and the added spotlight surrounding concussions this week, it’s looking more and more like rookie Bailey Zappe is going to get his first NFL start this week.

Zappe has a serviceable NFL debut last Sunday coming in relief for Brian Hoyer. He went 10-15 for 99 yards and a touchdown – and was able to take the game to overtime against Green Bay before the coaches essentially decided not to lose. I think a full week of practice and prep will make a huge difference for Zappe. He’s my #1 player to watch.

I had to eat my words on Jahlani Tavai last week. He was really good in Green Bay on Sunday.

The 2019 second round pick out of Hawaii had eight total tackles (good for second on the team), and for someone who I’ve constantly said has rocks in his cleats, was actually moving quickly and was able to cover a lot of ground picking up Green Bay’s stud RB’s out of the backfield. I’ll be watching to see if he’ll be able to replicate this performance on Sunday.

Jack Jones was a monster last week in Green Bay. The rookie had 7 tackles, a forced fumble, a recovered fumble, and a pick six in his first career start. Just outstanding stuff for a first NFL start.

But can he do it again? I noted that, for better or for worse, Jack Jones is a ball hawk – and this is something that will make or break his playing time moving forward.

Though limited, Jalen Mills returned to practice this week – so we’ll see what kind of run Jack Jones gets against the Lions.

For a former Super Bowl-caliber quarterback who was exiled to Detroit for greener pastures – Jared Goff is doing pretty well for himself. The former number one overall pick has lead the Lions to the number one overall offense in the NFL scoring 35 PPG, and has thrown 11 TD to just 3 INT.

However, with two of his top weapons in Swift and St. Brown likely out for Sunday, this could be the perfect time to pounce on the up-and-down QB.

The Lions drafted Aiden Hutchinson with the first overall pick in the 2022 NFL Draft, and the rookie is already putting his stamp on the league.

Hutchinson has three sacks and 12 tackles through his first four games – and will look to build off of that this weekend in New England. I’ll be interested to see how he can impact this weekends game while lining up against the Patriots so-so offensive line.

Though the Lions have looked really good offensively, I’m convinced that Belichick is going to dial something up against Goff. He’s manhandled him in their first two meetings (2016 wk 12, 2018 Super Bowl), so I don’t see why he can’t do it again.

I also think that with a week of prep, they’ll be able to get something going for Zappe and this offense. As I said on 98.5 The Sports Hub with Adam Jones this week, this total (O/U 45.5) tells me it’s going to be played at the Patriots pace. I like the under, and I like New England -3.