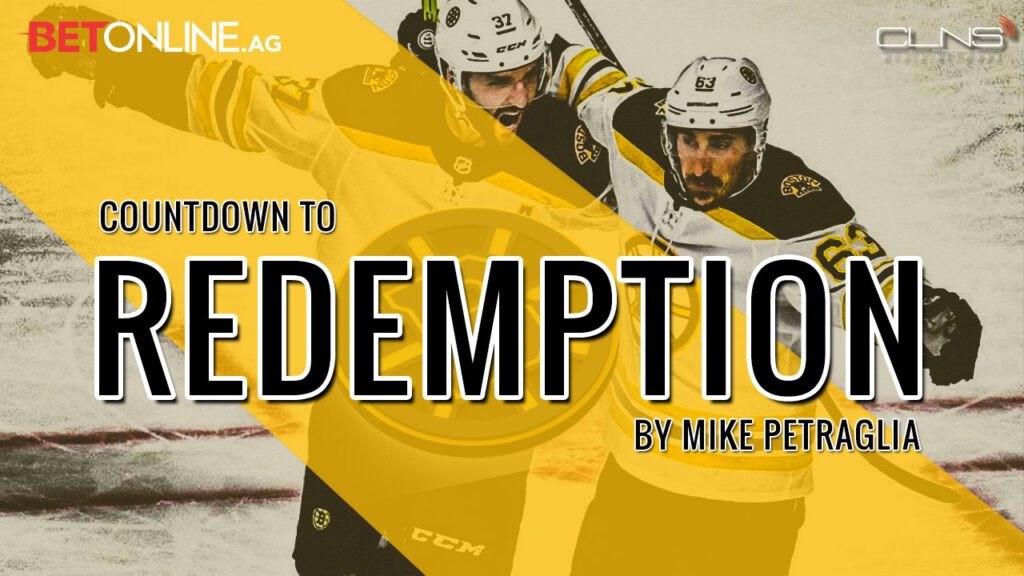 The Bruins were on the verge of a 2-1 win against the Chicago Blackhawks in Game 6 of the Stanley Cup Final, a win that would have sent the series back to Chicago for a decisive Game 7.

Everything seemed lined up perfectly. The Bruins had outplayed the Blackhawks that night through two periods, outhitting, out-chancing and outshooting Chicago. The Blackhawks had more shots in the third period but the Bruins seemed poised to hang on and Tuukka Rask was turning away every serious threat.

With a minute and 16 seconds remaining, Bryan Bicknell scored on a loose puck in front. Dave Bolland 17 seconds later scored what proved to be the Cup-winning goal. The 17,565 in attendance were stunned for the remainder of the game, which did not include a Bruins rally to force overtime.

Instead, many Bruins fans watched and suffered through the indignity of a road team carrying around the Cup on Garden ice.

Now, after three rounds, 12 wins and a four-game series sweep of Carolina in the Eastern finals, the Bruins have reached the Holy Grail of hockey, the Stanley Cup final. Sunday was media day inside TD Garden and Brad Marchand, one of five Bruins to have played on the last Bruins team to raise the Cup in 2011, can sense the anticipation everywhere he goes in Boston.

“Yeah, you can see a buzz, for sure. A lot of Bruins shirts and hats and people are excited. It’s been a long two weeks of waiting. I think everyone is excited to get on our way and get going. I’m sure it’s the same way in St. Louis.”

As long as two weeks feels for Marchand, six years must feel like an eternity. The Bruins were so close to giving Boston what they so desperately wanted to provide – an emotional lift two months after the Marathon Bombings.

Now is the time to chase those demons. And Marchand and the Bruins all agreed Sunday during Media Day that they’re focused on doing just that, inspired by 2011 and motivated by 2013.

“You can draw from both,” Marchand said. “It was sweet to win in 2011 but (2013), that was devastating. That still hurts to this day. I probably look back more on the loss than the win. You lose something like this, it hurts. It never leaves you. Hopefully, we don’t feel that again. It hurts to lose. You’re so close. When you’re that close and watch another team celebrate, it’s a tough pill to swallow.”

“I believe our experience can help,” David Krejci said, before adding, “I’m not going to tell you what I’m going to tell our guys (about the advantage of experience). I’m going to keep it in our room. It’s the people who have been in the Final before. We’ve already addressed the things that have happened in a good way and in a bad way regarding everything, media, family (obligations).”

Yes, St. Louis and Boston have a great championship rivalry going between the cities, with the Red Sox and Cardinals having met four times in the World Series, the Patriots and Rams meeting in Super Bowl XXXVI and the Bruins and Blues re-igniting a flame that last burned 49 years ago. But no, Marchand isn’t one of those stuck on that storyline.

“You’re not going to look into that,” Marchand said. “Baseball and football have nothing to do with (Stanley Cup). It’s going to be a tough battle.”

The Bruins have five players, Marchand, Patrice Bergeron, Tuukka Rask, Krejci and Zdeno Chara who all have the experience of winning in 2011 and losing two years later. The Blues don’t have a single player with Stanley Cup Final experience. That led to Bruins coach Bruce Cassidy being asked Sunday what he sees as his team’s biggest advantage in this series.

“Boy, that’s going to be bulletin board material,” Cassidy said. “Experience. I’ll go the easy route. I just believe that our guys that have been there, that have won a Cup, have lost a Cup, that should give us an edge. Some people disagree with that once you’re here, but I believe it will give us an edge. I think it’s helped us a lot this week in the preparation, with all the down time, and hopefully going forward that is an advantage for us.”

“There’s times where maybe but I don’t know if that’s going to come into play. There’s two good teams competing. It’s going to come down to bounces and calls I think. That’s how these things always play out. Whoever gets the most bounces and the best calls, it’ll go their way.”